German-Afghani vocalist and composer Simin Tander follows up her well-received debut recording Wagma (Neuklang, 2011). She again prefers the company of her trio: pianist Jeroen van Vliet, who also provides judicious electronic effects; stand- out bassist Cord Heineking; and drummer Etienne Nillesen, with augmentation by Alex Simu on clarinet and Niti Ranjan Biswas on tabla. Polyglot in the extreme, Tander sings in English, French and, most compellingly, in her native Pashto. "Yau Tar De Grewan" infuses a European sensibility with the saffron melody of the East, forming a balanced musical symmetry. "De Kor Arman" is the stunning treatment of a Pashto poem composed by the singer's father. Tander's voice is stripped to its essentials, singing with almost ragged emotion on the lilting waltz of "Above The Cloud" and "Behind the Curtain," the latter sung in French, approximating Edit Piaf, drunk with love, in the twenty-second century. Van Vliet solos in an off-kilter, angular fashion, tying up his loose ends as he goes. "Where Would I Fly If I Could" may be the jazziest of these disparate selections. Tander takes full control of her artistic destiny with Where Water Travels Home, producing a fully- realized work of art.

Did you hear the one about a Czech expatriate playing organ in a Harlem church? No, I'm not kidding. Hammond B-3 specialist Ondrej Pivec has made his immigrant way to New York City and occupies the organ chair at Harlem's Antioch Baptist Church. That is a long, strange trip. With a complete jazz life in his native Czech Republic, Pivec made his way to the United States and pitchesd camp in the cultural center of things. He is planning to stay, as is indicated by his recording's tongue-in-cheek title. The Green Card Album is a carefully crafted collection of eleven original and "standard" compositions. I say "standard" because these standards are anything but. Pivec opens the disc with a cover of the Stylistics' 1971 hit single, "People Make the World Go Round." He introduces a well-rounded and educated musical psyche that is both fresh and mature, and explores the gambit of African-American music from R&B to gospel to soul. "Be Good to Me," written with vocalist Djore Nance, updates East Coast soul with a big sound (horns and all) anchored with Pivec's expansive organ. Guitarists Jordan Peters and Paul Bollenbeck provide just enough jazz organ-trio tradition to make things greasy, but not too much so. Oliver Nelson's "Stolen Moments" is a real treat, lushly orchestrated and delivered. Pivec's touch belongs to Midas and his next project should really be something. 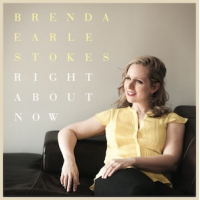 The last time we heard from Brenda Earle Stokes, she was just Brenda Earle and had released her debut recording Songs for a New Day . Now, she is married and Brenda Earle Stokes, with an (almost) new baby. And a new musical outlook forged from those experiences. Songs for a New Day demonstrated that Stokes was both a fine pianist and composer with a firm grasp of her art. Right About Now shows Stokes having matured from a youthful confidence to a command with authority. This evolution is evident in her singing, playing and composing. From the assertive "It's High Time" to the balladic "In September" to the introspective "Water Into Wine," Stokes stretches her creative reach vocally and compositionally. The latter song is exceptional for Stokes sensitive lyrics and saxophonist Joel Frahm's delicate filigree. Two interesting non- original tunes close the recording. Stokes finds her way to Joe Jackson's "Got the Time" by way of Anthrax. She turns the song on its ear with a rush-hour tempo propelled with assertive solos by guitarist Steve Cardenas and Stoke's own harmonic piano. She closes things with Peter Townsend's "Let My Love Open the Door," a challenge in any genre. The singer slows Townsend's rock tempo to a stroll, converting the song to an adult contemporary ballad of gravity and grace. Frahm makes the song with his soulful tenor saxophone which builds to an impressive crescendo that adds the proper coda to this excellent recording. 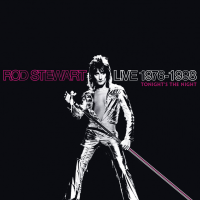 Live 1976—1998: Tonight's the Night documents live performances by Rod Stewart while he was under contract to Warner Brothers. Discographically speaking, this is the period between the release of A Night on the Town (Warner Bros., 1976) and When We Were the New Boys (Warner Bros., 1998). It is also the period when rock music's greatest voice sold out fully to commercial interest and made a pile of money in the bargain, squeezing out one Top 40 hit after another. The American Bicentennial was the hinge year in Stewart's career. Before, Stewart and the Faces were part of a British Invasion that was reeducating the United States about her native music. There are two types of Stewart listeners: those who remember his work with Ron Wood and the Faces and his Mercury sides, and those who don't. While "Every Picture Tells a Story" and "Cut Across Shorty" are here (and "Gasoline Alley" and "Seems Like a Long Time" are not), they lack the genuine fire of the Faces. They lack the hunger of the early years because by 1976, Stewart had become a businessman honing a Vegas act. This live set will satisfy, I argue, the majority of Stewart fans... all of those not remembering the singer before "Tonight's the Night." For the rest... probably not.

Trumpeter Ken Watters made a name for himself recording with his brother, trombonist Harry Watters around the turn of the millennium. The two produced Brothers (1999), Brothers II (2000) and Brothers III (2003) all on Summit Records. As a member of the armed forces, Harry was frequently not available for recording and Ken went on to form other projects that resulted in the Summit releases: Southern Exposure (2001). Here Watters joins forces with vocalist Ingrid Felts for a self-styled project made up of original compositions and some well chosen standards. He leads a smoking sextet as part of this project that is as air-tight as it is quicksilver malleable. Felts and Watters douse Billie Holiday's "Fine & Mellow," lighting it on fire, playing to the very end. Watter's introduces the piece with an impressive flourish of notes, indicating that he means business. When Felts enters, she indicates the same by vamping Holiday's carnality into a hot New Orleans night full of sweat and desire. Felts' own "Where've You Been" displays her compositional smarts in an airy and light ballad. Watters provides a tart, Miles-influenced obbligato well suited for this contemporary jazz tune. Watters reprises his "Port-au-Prince" from Brothers II with Felts' voice doubling Watters' trumpet in an amped-up Caribbean romp. Watters and Felts end the disc with a lengthy original, "There It Is," recorded live in Huntsville, AL. This live cut reveals a finely honed experiment based on late-life Miles Davis. It is hard and full of funk, propelled by Abe Becker's ditch- digging electric bass. Incredible music.

Along with fiddler/singer Katie Glassman's previous recording, Snapshot (Self Produced, 2012), Dream a Little Dream is about Americana, that brilliant solution of disparate cultures and genres heated over the fire of the New World. While Glassman's repertoire is similar on both CDs, the two recordings differ in Glassman's employing fewer forces on this latter recording compared with the former. Her more scaled-down approach here opens this music like a book, baring all of the influences since poured in and stirred up. The instrumental "Rutland's Reel" boasts celtic and bluegrass and hard bop, while "I Don't Care if the Sun Don't Shine" is western swing, quoting Glenn Miller's "In The Mood" and demonstrating that in American music, the tree of the blues gives rise to any manner of fruit. "Sweet Lies" furthers this homage to the blues in the form of a honky tonk country ballad. Bob Wills' "My Window Faces the South" is treated respectfully while receiving a full workout by the band. The intended western swing is in no way attenuated by Glassman's smaller forces. The western swing guys were always closet jazzers, coloring outside the lines, and ain't it grand that happens so very often?

Pianist Nelda Swiggett follows her confident and successful This Time (OA2 Records, 2010) with an expansion of her original piano trio into a piano-string quintet , minus the violin plus a drummer. This expanded format suits Swiggett's orchestral compositional leanings well and provides an intriguing and successful combining of nightclub jazz and concert stage classical. This is no more "Third Stream" than it is pure classical or jazz. We are so far beyond these characterizations that we have yet to give definition to such art. "Hewett's Blues" blends the strings and rhythm section, each anchored by the bass, into a sound that makes perfect sense: what begins as a delicate ballad introduced by bass pizzicato, evolves into a Horace Silver throb full of funk and fun. "Now or Never" has a slightly churchy, gospel feel and sports an incisive bass solo by Chris Symer. Swiggett keeps everything at a simmer, never letting the piece boil over. It is a great example of suspending a piece in tension and allowing it to continue to a calm release. Swiggett is included here as she sings with an no-nonsense alto on several pieces: the title cut is svelte and humid, almost aromatic. The additional strings soften the song, giving it its breezy component. A fine follow up to a dine debut recording.