By C. MICHAEL BAILEY
March 3, 2016
Sign in to view read count
Okay, Okay...OKAY! Bill Stewart is not a pianist, but his long-time collaborator Bill Carrothers is, so, LAY OFF! 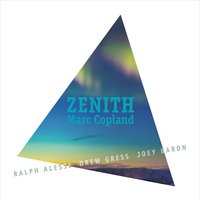 Pianist Marc Copland composes with a certain use of darkness, an updated musical version of Caravaggio's use of chiaroscuro in painting. Copland is aided in his alchemic light-shifting by his regular bassist Drew Gress and drummer Joey Baron. Joining the trio is trumpeter Ralph Alessi, who is given plenty of room to investigate some brass dynamics. On "Sun at the Zenith" Alessi's horn sounds like the cross between a flute and trombone, it is eerie. He shifts faintly to Miles Davis on Duke Ellington's "Mystery Song," enweaving elements of "Freddie Freeloader" and "So What." The lengthy, three-part suite "Air We've Never Breathed" shows Copland's evolution between light and dark matters. It is soundtrack music, the soundtrack of restfulness and thoughtfulness, lying somewhere between being and being content. Effortlessly ambient without the pretentious trappings of new age, Copland's Zenith is a quiet wayside where to count the time in quarter-tones to ten. 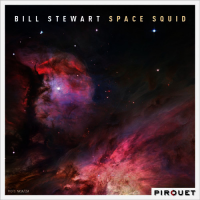 Drummer Bill Stewart follow suite with Marc Copland in adding a horn to his typical jazz piano trio. In this case the electric-dry tenor saxophone of Seamus Blake. In kind with both Copland and Pablo Held, Stewart opt for at least a breath of impressionism, buried deeply within a hard angular shell of sharp edges and acutely defined corners. Space Squid sounds like a '70s prog-jazz rave-up, but reveals itself a loosely tethered post-bop orgy. "Paris Lope" is exactly that a lopping saunter across a littered landscape, with Blake waving a Wayne Shorter bat, while Stewart demonstrates that this is a drummer-led date. Pianist Bill Carrothers shows off some polyrhythmic fireworks early, while bassist Ben Street sews the entire cloth together with steel thread. Stewart reveals on "Tincture" that he can play blowing-session bop with the best of them. He and bassist Street give a masters' class in bop rhythm section art while Carrothers accents the piece with various seasonings. Over all is Blake playing with a piquant sharpness. No. Stewart is not a pianist, but Carrothers is and this disc belongs in this discussion. 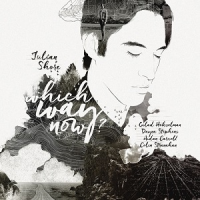 Ottawa Citizen critic Peter Hum described Julian Shore's Filiments (Tone Rogue, 2014) as, 'an assured, organic debut." Organic it is, the opening with the classically informed, "Our Story Begins on a Mountain" performed with an uncredited string quartet. "Back Home" is faintly Latin while "Moss, Mansion, Sandstorm" is a delicate rumination with a distinct Midwestern flavor. This is a theme on this release... there is an impressionism here, but it is an American impressionism. On what is surely the album centerpiece is the waltz "Pine Needles," incorporating the dobro and pedal steel guitar of Kurt Ozan beneath Noah Preminger's breathy tenor saxophone. It is a great collision of style and genre, something that will one day soon render such categorical descriptions meaningless. Dizzy Gillespie's "Con Alma" is turned out elegantly in a delicate trio performance, Jorge Roeder's bass slipping in and out of Shore's rolling chords and Samuel Torres' light percussions. This is a bright jewel of intrigue and improvisation. 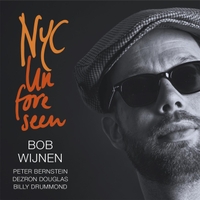 This is the New York performance of the present collection. Pianist Bob Wijnen plays with assertion, aptitude, and a confident rhythmic sense. Joined by guitarist Peter Bernstein, bassist Dezron Douglas and drummer Billy Drummond, Wijnen assembles an urbanely urban plot and climax to the story that is NYC Unseen. The distinct impressionism found on other recordings in this discussion is notably absent here, in deference to Wijnen's concrete compositional and performance approach. Even on the standards "The Look of Love" (Burt Bacharach) and "If It's Magic" (Stevie Wonder), Wijnen endeavors for a certain grounding of the music that anchors the entire presentation. On "The Look of Love" Wijnen has bassist Douglas present the melody. On the Wonder piece, it is Bernstein that highlights the brilliance of the songwriting. Wijnen takes on an almost western pastoral approach. The results are traditionally satisfying. NYC Unseen is like the best travel writing, it leave somethings to the imagination while defining others explicitedly. 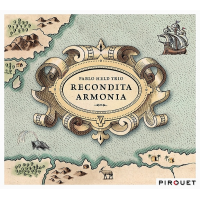 German pianist Pablo Held has become a cornerstone in the cathedral that is Pirouet Records. His trio, with bassist Robert Landfermann and drummer Jonas Burgwinkel in this present distillation, enters the time-honored practice of spreading the seeds of jazz in traditional classical music and vice versa. Using compositions for the Late Romantic Period, Held weaves an impressionistic travelogue from Italy (Puccini) to Mother Russia (Rachmaninoff). These performances are as delicate and intricate as spider's webs, including improvisation so seamless it's as if there is no discordant wind at all. This is music of meditation...meditation on its origins and destinations and the distances traveled between two worlds caressing one another in different dimensions. The title piece that closes the disc is "Recondita Armonia" or "Hidden Harmony" is derived from Puccini's Tosca: "L'arte nel suo mistero, / le diverse bellezze insiem confonde..." Art, in its mysterious way, / blends the contrasting beauties together..." Yes, indeed.