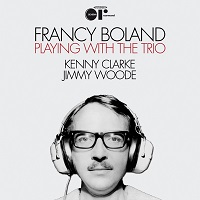 Duke Ellington's rare trio recordings are always a treat. Money Jungle (United Artist, 1963) a trio session Ellington made with bassist Charles Mingus and drummer Max Roach is readily memorable. The big band leader Ellington was clearly able to hold his own in the smaller, more intimate, trio format. More than that, Ellington easily displayed his orchestral thinking even in the company of such modern jazz giants. It is the pianist's identity most carefully archived in these trio settings.

Belgian pianist and band leader Francy Boland entered the recording studio February 1967 with American bassist Jimmy Woode, Jr. and drummer Kenny Clarke to wax selections that would eventually become part of Boland's Vogue LP Going Classic (1967). Borland and Clarke had enjoyed a productive relationship guiding the pair's big band. Borland was a composer and arranger much in the Ellington mode, often composing specifically for the soloist in his band. In the trio, Boland must rely on his own performance talent more than his composing ability.

Like Ellington, Boland more than holds his own is a piquant, punctuate piano style that is at one deliberate and improvised. Boland favors sharply struck keys, particularly in the middle and upper registers. This piano tendency is as evident here as in his octet recordings with Clarke. In this trio setting, Clarke proves essential. Twenty-five years after he, Dizzy Gillespie and Charlie Parker changed jazz forever, Clarke remained a virile and vital force in jazz percussion. His assertive brush work propel Borland's trio vision creating an excellent trio outing. Boland's playing throughout is punctuated with bell-like tones expertly placed like Clarke's rimshots. Trio Jazz most fine. 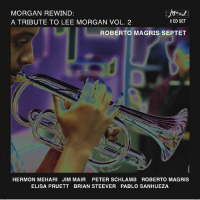 Presently Magris spends more time on Morgan and less on his well-crafted originals that always meld well with the music is joins in recital. "Speedball" offers the revelation of hard bop on its way to post bop and what happens when it gets there. Morgan is anything but neglected today, but Magris, with his deep dedication to Morgan and his hard Bop roots, soes not not simply what to keep the flame burning, he wants to transform it into something new, yet familar. What a great end to a series. 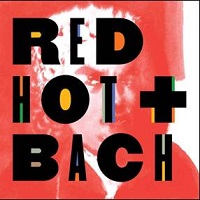 Relatively speaking, we live in a space-time continuum containing everything that came before NOW and everything that comes after. In this pseudoplasma is every musical piece written, performed and dreamed about. The notes, the tones, they have been there forever, coming together, blowing apart, coming together again, differently. J.S Bach was one of the vessels capturing these free tones like fireflies in a glass jar. What Bach provided was an order that always made sense. He let the fireflies out of the jar and they dispersed like ravenous particles embracing entropy.

Later, Bach's fireflies came back together in a similar order as he had placed them in, manifesting themselves as Red Hot + Bach. Mandolinist Chris Thile picks up exactly where he left off with his superb Bach: Sonatas and Partitas, Volume 1 (Nonesuch, 2013), opening this present Bach disc with "Minuet" inspired by Partita No. 5 in G Major BWV 829. This may be the straightest performance on a disc where the artist is given free rein to see Bach and they see fit. Arranger Dustin O'Halloran's "Minim," based on the Prelude No. 2 in C minor, BWV 847 emerges as a minimalist's soundtrack, while vocalist Julianna Barwick give a haunting Arvo Part reading on "Very Own," based on Concerto in D minor, BWV 974.

Saxophonist Gary Bartz and bassist Ron Carter shoot the famous Cello Suite No. 1, BWV1007 through the heart with swing While the Kronos Quartet, with and without the production of Jeff Mills, do a postmodern number on the "Contrapunctus II," BWV1080 from The Art of Fugue before reprising the piece as Papa Bach would have thought it for a string quartet. This is music to terrify those pedestrian listeners who believe that "popular" music, whatever that is anymore, is the be- all and end-all of music. With stunning virtuosity, talent and a healthy sense-of-humor, the next generation of Uri Caines, The Bad Pluses, and MM&Ws put their collective spins on the music as timeless as God.