By C. MICHAEL BAILEY
January 14, 2014
Sign in to view read count
The beauty of having written for All About Jazz since the early years is that I was given one of the first personal columns, "Bailey's Bundles," as named by publisher Michael Ricci. I have used it mostly for thematically-based multiple record reviews, then my end-of-the-year lists. As the years sped on, I began to concentrate on reviewing jazz vocals releases and my output addressing instrumental music began to shrink while the same amount of said material still knocked at my door. I am using "Bailey's Bundle's" to help remedy this. I am subtitling this monthly series "Jazz Quanta" in keeping with the discrete bundles of music that CDs remain as they come my way for consideration. These reviews will focus on instrumental music that I would otherwise not review because of time constraints and are vignettes testing my ability to say more while writing less, thereby covering more music. I hope it works. 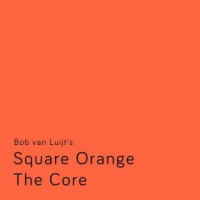 Bob van Luijt's Square Orange: The Core (Kubrickology, 2013). The Core is the brainchild of bassist Bob van Luijt. Van Luijt leads a radioactive quintet specializing in a provocative, cutting-edge brand of music. While certainly containing all of the elements of jazz, van Luijt is thinking in larger terms here. The five selections divide into three intentional categories, according to the bassist. "The Core" is intended as composition that is form over "melody and sometimes, harmony." It is a propulsive piece whose musical drama is assembled with Raoul van Herpen's choppy clavinet inspired by Sjoerd Visser's R&B inspired tenor saxophone. Integration is achieved with Van Luijt's elastic bass and Florian Weber's grand piano playing. "I Will Think of You" is a lyrical solo bass performance by Van Luijt that stands in stark juxtaposition with the opening piece. "Red Moon Suite" is a three-part homage to science fiction that mixes the form of "The Core" with the lyricism of "I Will Think of You" bringing van Luijt and company full circle in a provocative cycle of listener-ready music that is "not more of the same."

Austin Piazzolla Quintet: Lo Que Vendra (Self Produced, 2013). Violinist James Anderson leads an open-minded acoustic quintet dedicated to and inspired by the music of Astor Piazzolla: nuevo tango. Anderson heavily peppers Piazzolla originals with his own compositions and those of pianist Jonathan Geer. As an integrated assembly, Lo Que Vendra integrates well. The original themes of Anderson and Geer tend to the less complex when compared with Piazzolla's while capturing his potent rhythmic style and melodic sophistication. Anderson's "Vineta" interludes provide a throwback vintage sound while unifying the recital. Geer's "Los Compadritos" and "Tango Muerte" are densely dark and richly rhythmic, tempering Anderson's more sweetly divined sounds. The Tango is alive a well and going nowhere as long as the Austin Piazzolla has anything to say about it.

B.J. Jansen: Ronin: The Masterless Samurai (ARC Records, 2014). A baritone saxophone-led quartet takes a lot of guts. In the spirit of Serge Chaloff's Blue Serge (Capitol, 1956), bari-specialist B.J. Jansen spins out nine original compositions that capture the inherent muscularity of hard bop as presented in the golden blowing era of Blue Note Records in the 1950s. The beauty of this recording lies in both its period approach and the superb sonics captured by modern recording. The bass is distinctly evident as are the drums. Jansen's full-throated rasp is captured well at both ends while pianist Mamiko Watanabe's midrange is clear and well defined. Jansen is a capable soloists who proves his chops on his solid original repertoire. "Ronin" opens the disc, a fast-paced swinger performed in the old way. "Blues For C.P." features a lengthy piano introduction and baritone head where Jansen gets to show off some mid-tempo wares. Ronin is a solid bop outing.

Clay McClinton: Bitin' at the Bit (Self Produced, 2014). Delbert McClinton's son Clay is a chip, just not the one you would expect. On his fourth release, Bitin' at the Bit, McClinton the younger takes a more country-Western swing path, from the Texas soul and R&B path of this dad, sprinkling in the Tex-Mex ("Poison Love") and quasi-Zydeco ("What A Little Bit of Love Can Do." . He uses long-time McClinton, the elder associate Gary Nicholson as co-songwriter on the discs original compositions save for "Victim of Life's Circumstances," a country rocker penned by his dad. The lone cover on the disc is Mickey Newberry's "I Just Dropped In," infinitely more effectively and believeable than that of Tom Jones on his recent Spirit In The Room (Island, 2013). The most clever song is "Hydrated," a tome of overindulgence and redemption in the best tradition of McClinton's old man. A solid band backing a promising voice that is not the same old Nashville thing..

Bill McBirnie Trio: Find Your Place (Self Produced, 2014). Jazz Flute is often dissed as not having the muscle of say a trumpet or tenor saxophone. It is often a side instrument for saxophone players used on ensemble pieces and Brazilian-inflected styles. But it does have precedence as a lead instrument in the right hands (Herbie Mann, Frank Wess, and Roger Davidson. Flautist Bill McBirnie heads none other than a flute-organ trio with the most surprising results. McBirnie makes it a point to turn the recording into a masters class by choosing repertoire from different styles and labeling them as such. This approach is most effective in showing McBirnie's impressive command of these styles. Whatever grease the organ part of this combo brings, it is tempered by the flute, which cannot help but be well-behaved. But the chaste flute does not remove all the grit as can be heard of Horace Silver's "Sister Sadie" and the Beatles' "Oh, Darling." Gigi Gryce's "Minority" nails down the be bop, while Wayne Shorter's "Yes or No" shows the modal side of things. Dexter Gordon's "Soy Califa" shows off the latin chops. Find Your Place is a complete entertainment package.

Andras Schiff: Beethoven: Diabelli Variations (ECM, 2013). The best thing to happen to both ECM Records and pianist Andras Schiff was that they found one another. This fortuitous association has led to Schiff reconsidering the piano repertoire he recorded for Decca in the 1980s and '90s. Schiff has resurveyed Beethoven's piano sonatas as well as returning to Bach's Goldberg Variations (2001), Six Partitas (2009) and Well-Tempered Clavier (2012). Schiff's late reading of Beethoven's Diabelli Variations is at once crisp with freshness and equally well-considered in measure. Schiff chooses moderate tempi with conservative pedal use. Schiff's study of Bach informs his performance of these variations, particularly in the fugal figures, as Beethoven paid tribute to the earlier composer. The variations are beautifully played, representing the truly melodic of the late Beethoven output..

PJ Rasmussen: Another Adventure (Third Freedom Music, 2014). Guitarist PJ Rasmussen builds a sound that is one part Chicago (with him as an erstwhile demented Terry Kath), one part Blood, Sweat and Tears (the Al Kooper original bio-melded to the DCT version) and one part James Brown. Through nine originals, Rasmussen dons different guitar masks, playing dirty one minute ("Full Speed Ahead") and ballad lovely the next (Under a Wave). Rasmussen's arranging is stellar, his horn charts precise and engaging. Another Adventure is a fully realized little-big band outing that makes the most of the the talent it employs. Jazz, progressive rock, retro-21st Century big band-hard bop? It is all there and all good. Kudos to pianist Jim Ridl and alto saxophonist Nate Giroux for stand out performances.

Florian Ross & Udo Moll: Infinite Loop (Self Produced, 2014). At the rate he is going, no dust will ever settle on Pianist/composer Florian Ross. The year 2013 alone saw the releases of Wheels and Wires (Fuhrwerk-Musik), Ties and Loose Ends (Fuhrwerk-Musik) and Front Room Songs (Fuhrwerk-Musik). He kicks off the new year with a novel duet recording with trumpeter Udo Moll, made up exclusively improvised-on-the-spot selections featuring a grand piano, trumpet, loops and delays. In the hands of lesser talent, a project like this could be a mess. But Ross holds everything admirably together, even producing some well-integrated pieces like "Turn" and "Blues." Moll meets the spirit of things with some inspired improvisations sounding not unlike late Miles Davis. This is a difficult way to make music and make it work, but Florian Ross always manages to find a way.

Dom Minasi & Michael Jefry Stevens: Angel's Dance: Improvisations for Guitar and Piano (Nacht Records, 2013). Florian Ross is not the only one to command a totally improvised platform. Dom Minasi's guitar playing can readily emulated a bee-hive buzzing, so precise is his attack and how great is his velocity when untethered. Minaisi has been producing an unapologetic brand of free jazz—fully improvised for as long as Ornette Coleman is tall. His recordings of the new millennium have only sharpened and refined the guitarist's approach to jazz. On Angel's Dance, Minasi duets with pianist Michael Jefry Stevens on sixteen improvisations, the first eight kicked off by Stevens and the last eight, Minasi. This is moody, emotive music characterized by reaction: the reaction of guitar to piano and vice versa. Whether operating dependently or independently, Minasi and Stevens are never far apart in the moment stylistically. This music is often anxious and kinetic. Minasi is the master of the restless note.

Paul Edis: Not Like Me (Self Produced, 2014). British pianist Paul Edis has made a name for himself being a part of a variety of ensembles, including his own sextet (There Will Be Time (Self Produced, 2012)), the quintet ACV (Fail In Wood (Self Produced, 2010) and accompanying vocalist Ruth Lambert (Easy Street (Self Produced, 2010). Edis steps out solo on Not Like Me a collection of original and standards material. His compositional range goes from the minimalist "Pulse" to the fully orchestral "From Nothing to Nowhere." It is on Thelonious Monk's "'Round Midnight" that Edis fully displays his jazz- classical command and performance. Edis straightens out every Monkian kink producing the sumptuously full sound one would expect of Liszt performing Schubert. Edis' "My Favorite Things" employs a Dave Frank left hand while conducting the choir with his right. Not Like Me is a brilliantly finished product.