By C. MICHAEL BAILEY
April 30, 2016
Sign in to view read count
We are enjoying a rich period of jazz vocals creation; the story continues... 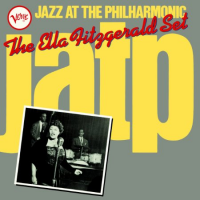 Ella Fitzgerald is certainly the vocalist to include first in this review as hers is one of the few voices that are the jazz vocals gold standard. The Universal Music Group, owner of the Verve Records catalog, have discovered yet one more way to repackage Norman Granz's groundbreaking Jazz at the Philharmonic recordings. On this inaugural re-issue series, Jazz at the Philharmonic: The Ella Fitzgerald Set, brings together all of Fitzgerald's JATP performances originally released over the course of several albums on a single 22-track disc. This is an expansion of the 1983 vinyl LP issue of the same title with the remaining performances extracted from Bird: The Complete Charlie Parker on Verve (Verve, 1988), The First Lady of Song (Verve, 1993), and The Complete Jazz at the Philharmonic on Verve, 1944-1949 (Verve, 1998). All performances find Fitzgerald in fine voice performing with Hank Jones, Ray Bryant, Lester Young, Charlie Parker and many other jazz royalty. Queue up "Flying Home" and understand why EF was the "First Lady of Song." 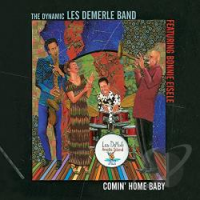 Nominally under drummer/vocalist Les DeMerle's brand, vocalist Bonnie Eisele, brings to DeMerle's infectious brand of jazz that necessary feminine vector. The repertoire on Comin' Home Baby is tried-and-true, well performed, and perfectly satisfying, as have been all similar DeMerle releases. Eisele proves equally capable on the up-tempo tunes ("Day In Day Out" and "I Love Being Here with You") as on the ballads ("The Nearness of You" and "Peel Me a Grape"). Johannes Bjerregaard is the consummate DeMerle pianist, possessing an orchestral performance style that is well informed by all jazz genre. Bassist Chris Luard tows the time-keeping line. DeMerle and Eisele duet effectively on "All Right, Okay, You Win" and "Comin' Home Baby." This is a durable act that delivers the goods to anyone interested in hearing the joy and challenge of singing jazz. DeMerle and Eisele sing as if they love doing it and in hearing this recording, I believe they do. 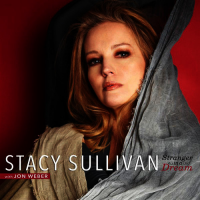 Stranger in a Dream is a nominal duet recording of vocalist Stacy Sullivan and pianist Jon Weber. Bassist Steve Doyle and guitarist/mandolinist Nick Russo are on hand to fill out the sound, providing perfectly crafted support to the principles. This is a simple and elegant format for jazz singers and pianists both, and Sullivan and Weber make the most of it with a collection of music associated with pianist Marian McPartland, many composed by her. The 17 selections contained within brim with clean and fresh vitality that make this recording attractive as an example of how these standards became standards. Sullivan has an evenly distributed voice, from sotto voce to belting it out. It is a voice wholly feminine and seductive (hear "I've Got a Crush on You). "Lullaby of Birdland" scoots with clever quotes from "Giant Steps" and McPartland's NPR theme. Weber mingles Chopin's Waltz in B Minor with "All the Things You Are," making the smartest mashup on the disc save for the following medley, "I'm Beginning to See the Light / It Don't Mean a Thing / Jump for Joy." Sullivan purrs with a certain authority that should in no way be discounted. This is a fun disc with something to teach us. 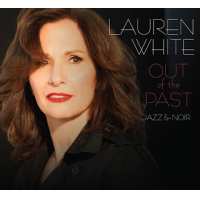 Lauren White was last sighted in these pages following the release of At Last (Grove Note, 2007). That outing was well received with the music as enjoyable today as then. White adds a layer of concept to her present offering, Out of the Past: Jazz and Noir. Now there are two words that belong in a love affair. Jazz and noir go together like Lucky Strikes and single malt, neat. Produced by vocalist Mark Winkler for his Café Pacific Records, White's efforts sound both tightly focused, but express with a certain relaxation and repose. White's performance of "He's Funny That Way" is like walking through the mist of expensive cologne, circa 1950. It is sleek and sepia-toned. "Haunted Heart" is exactly as one would hope. Accompanied only by pianist Kathryn Bostic, White sings with a deliberateness that infuses the song with both longing and loss. This collection of nine ballads is completely satisfying and much fun to hear, over and over again. 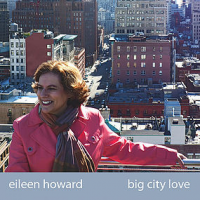 Vocalist Eileen Howard has been making her way across America for all of her career, beginning in Seattle, spending a good deal of time in Ohio before finally making her way to New York City, where she celebrates the cultural center of the universe with her fifth CD release, Big City Love. This recording is Howard's sveltely-designed concept album as love letter to the ..."city that doesn't sleep." Big as the city is itself is Howard's personality. Bubbly? No, that is too soft a term. Effervescent? No, Howard's delivery is too...hum...muscular. Words like "robust" and "assertive" are far better adjectives to describe the way Howard sings. She sings allegro con brio. Yeah, that is more like it. Listening to Howard one knows that she enjoys singing and what she is singing about. "Big City" is a Samba-flavored wet kiss for the Big Apple, featuring a tart solo by Trumpeter Matthew Owens. "Home is You" is an original ballad that makes the most of guitarist Nat Janoff's delicate chording. Howard's lyrics are witty, her delivery certain. She obviously likes what she is doing. Howard restructures Ebb and Kander's "New York, New York" from Sinatra torch to contemporary cool and Hart and Roger's "Manhattan" as a straight lyricist's performance. Stunning is the closing "But Beautiful." Howard shows in her delivery what alto saxophonist Art Pepper was always thinking about when he played this.