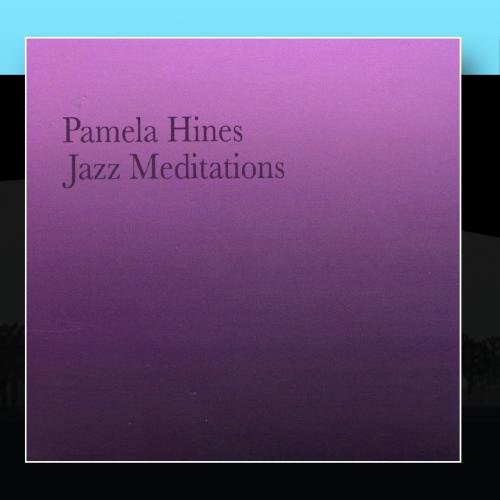 When I reviewed Massachusetts pianist Pamela Hines' 2004 small-group CD Twilight World, I criticized Hines for not showing enough of herself on the recording and letting her fellow players overwhelm the proceedings. "There simply isn't enough of the group's alleged leader, I wrote. "Let's hope that next time Pamela Hines steps forward in a more egotistical musical context where she hedges no bets and either succeeds or fails, in full view.

There was no "next time about it, however. Hines must have cringed when she read the above words, because the truth of the matter is that she released two albums in 2004, more or less simultaneously: the aforementioned group session and Jazz Meditations. On this latter disc, Hines' only collaborator is a particularly fine-sounding Steinway Grand on which she plays a fifty-minute recital of two long "Meditations and two "Variations upon familiar material ("My Shining Hour and "Detour Ahead ).

Hines' playing has a clean, brisk attack and a conservatory finish; in this austere solo context, she shines. "Meditation #1 is the shorter of the two "Meditations, but its 14 minutes allow the pianist plenty of time to explore a minimal theme—one assumes a great deal of this is improvised, but there's a smoothness to these performances that make it difficult to declare where improvisation begins and ends—and demonstrate her interesting harmonies. It's only her harmonies, really, that make this piece "jazz ; neither this performance nor the longer "Meditation #2" is in any sort of jazz tempo.

At 22 minutes, "Meditations #2 is the longest number on the CD. Hines manages to keep it interesting; she builds the piece slowly, piece by pianistic piece, until her right-hand arpeggios begin to build against her minimal left-handed figures. There's an eerieness to her harmonies that at times strongly suggests Debussy, and it is these harmonies that keep this music from being as blandly contemplative as, say, George Winston. Once again, it's hard to know for certain what is through-composed and what is improvised. Around the twelve-minute point Hines plays her way briefly into Keith Jarrett territory, all open eyes and sunlight on haystacks—then moves on into another lattice of arpeggios.

"Variations on My Shining Hour and "Variations on Detour Ahead are shorter tracks. On these, Hines uses these familiar themes ("Detour Ahead," of course, being associated with Bill Evans), as points of reference for her own musical explorations. "Variations on My Shining Hour drifts in and out of a subtle but palpable tempo; it swings, then it doesn't, and that gives it a tang of tension. Hines' fingers tease out the familiar phrase of "Detour Ahead like it's made of glass and will shatter under too much scrutiny; this strange caution makes this "Variation one of the most winning looks at Bill Evans in some time.

Jazz Meditations is a very good CD. I now wonder what Hines would sound like in another small-group jazz setting, specifically a piano trio—or did she, once again, already make that album?