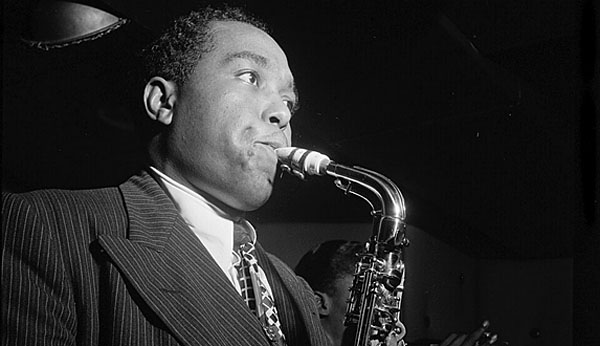 By DAN BILAWSKY
October 27, 2010
Sign in to view read count
In jazz—as in all else in life—different words mean different things to different people. The way we associate words or sounds with meaning is unique to the individual, but certain words tend to draw similar thoughts from within the jazz community. "Bird" is one such word. Whether you're an avant-garde aficionado, a "moldy fig," a modernist or a dyed-in-the-wool bop connoisseur, the word "bird" is likely to conjure up images or thoughts of the great Charlie Parker.

"Bird"—Parker's universally known nickname—is as appropriate a moniker as could be imagined for this soaring saxophone star, but birds in general, not just this particular one, have a logical connection to jazz. Wondrous flights, unpredictable paths, darting moves and a sheer joy in dazzling aerodynamic displays connects winged creatures of all shapes and sizes to this music we call jazz. With this in mind, this edition of Old, New, Borrowed and Blue will take a look at bird-associated songs that are as wondrous as their namesakes. 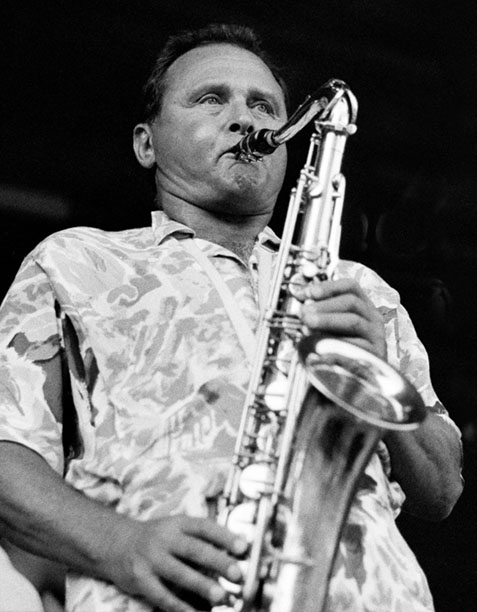 I don't remember the circumstances surrounding my purchase of Stan Getz Presents Jimmie Rowles: The Peacocks (Columbia Records, 1977), but I do recall that I had no previous knowledge about Rowles. While the Stan Getz-Elvin Jones connection here was the likely reason for purchase—since I was searching out as much Elvin-related material as I could find during this time period—Rowles' work dwarfed the presence of these two musical giants on this outing.

Rowles—born on August 19, 1918 in Spokane, Washington—held the piano chair with some of the biggest artists of the big band movement, including Benny Goodman, Woody Herman and Tommy Dorsey. He served with some of the finest saxophonists around, like Lester Young and Ben Webster, and, through his work accompanying Ella Fitzgerald, Billie Holiday and Peggy Lee, Rowles showed himself to be one the finest pianists to finesse the keys behind female vocal talent.

While all of his work with these musicians brought Rowles' artistry into the ears of jazz adoring audiences, the title track of the aforementioned Stan Getz-sponsored project came to be his lasting legacy to jazz repertoire. Getz himself called the piece "a gem of a composition...beyond time and place" and the original liner notes call it "achingly exquisite." While the songs creation—coming to Rowles on a car ride home and completed the next day—is another demonstration that one never knows when creative brilliance might strike, the jazz community has embraced this song as one of the premiere ballads of the genre.

While I could discuss the Rowles-Getz treatment of the song on this album, or any number of other renditions by artists as different as piano giant Fred Hersch and saxophone newcomer Sarah Manning, I feel that Bill Holman's bass clarinet-based arrangement of this song best captures the emotions in the music. A View From The Side (JVC, 1995) contains nine shining performances, beginning with "No Joy In Mudville" and concluding with his stellar take on "Tennessee Waltz"; but the clear highlight is an emotionally gripping performance of "The Peacocks," which features Bob Efford on bass clarinet. Efford's playing brings out all the drama and intense emotions of the song, while Holman's brilliant scoring, with airy flutes juxtaposed against the deeper sounds, creates a rich, complex color scheme that can take your breath away. 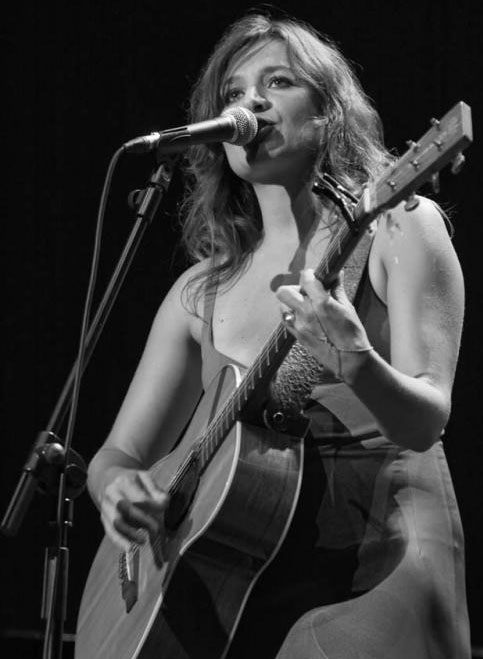 Vocalist Chiara Civello easily wins my vote for the most promising, yet under recognized, vocalist in jazz today. A native of Italy who was drawn to the music and rhythms of Brazil, Civello hasn't made much of a dent in the U.S. marketplace, but her first two albums present an artist that knows how to marry musical sophistication, accessibility and the rhythms and ideals of jazz, world music, pop and folk, like no other.

My first encounter with Civello's music was a complete accident. One day, while browsing through the jazz section of Tower Records, I encountered her debut disc, Last Quarter Moon (Verve Forecast, 2005), and I was intrigued by the possibilities of a jazz vocalist covering Suzanne Vega's "Caramel" and collaborating with Burt Bacharach on the same album. While those thoughts lead me to purchase the album, it was Civello's own pieces—like "Here Is Everything" and "The Wrong Goodbye"—which kept me coming back.

As good as Civello seemed to be on record, the two shows I caught at the Living Room—on the Lower East Side in Manhattan—were even better. Her follow-up effort—The Space Between (Emarcy/Universal Music Italia, 2007)—avoided the dreaded sophomore slump (more prevalent in rock than jazz anyway) and featured moving tracks like the intoxicating "Night" and emotionally gripping "Seagulls." While some might simply view seagulls as pesky waterfowl, Civello manages to find a way to connect thoughts of mixed emotions and a jubilant rhythmic tide with these birds, in a way that delivers a powerful—yet extremely catchy and tuneful—performance. 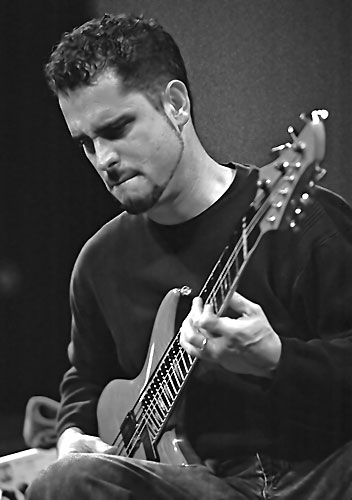 Guitarist Charlie Hunter has been all over the map during his career, with different ensembles, projects and instrumental configurations, but he has consistently been an inspiring presence with his mastery of the 8-and 7-string guitar. Hunter—who has performed as part of T.J. Kirk, covered Bob Marley, and played with killer bands like Groundtruther and Go Home—is widely viewed as a gateway artist, connecting the jam band scene to jazz.

His connection to rhythm and groove has been a key element in virtually every one of his projects, and Return Of The Candyman (Blue Note, 1998) is no exception. This album—with billing extended to Charlie Hunter & Pound For Pound—paired Hunter up with vibraphone phenom Stefon Harris. Drummer, and frequent collaborator Scott Amendola, along with percussionist John Santos, rounded out this quartet, which thrived on catchy grooves and instantly appealing melodies. While plenty of noteworthy performances take shape on this album, the oddest inclusion, a cover of "Fly Like An Eagle" from the Steve Miller, is actually one of the most enjoyable.

On his website, Hunter explains how this particular track came to be:

"We were at a gig in North Hampton and we said we would take requests from the audience. And someone requested 'Fly Like and Eagle' and [John Coltrane's] 'Giant Steps.' Both are just preposterous requests. So we decided to do both of them at the same time, or in one arrangement. And I started doing it and realized it's a pretty good tune for what it is. The way we played it was ironic or something—playing it close to the original. Scott put that go-go beat on top of it. So we said, 'Why not?' Steve Miller is the corniest motherfucker ever," says Hunter. "But you know his production was killing. His guitar playing was really fucking good. And his rhythm section on that cut is killing. That is badass. I remember listening to that on my transistor radio when I was eight years old and being blown away, especially be the intro."

Once again, inspiration came from an odd place, but this song reflects the general spirit and vibe that's spread across the whole album. Amendola and Santos dig in behind Hunter's take on the melody, Harris inserts the "Time Keeps On Slippin....'" melodic fragments into their rightful space and vibraphone and guitar work together, providing hip, though understated, comping for one another as the quartet jams their way through this classic rock composition. 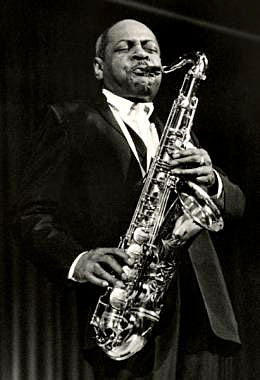 For the final section of this edition of Old, New, Borrowed and Blue, we look at a video that is the ultimate conference of the birds. Coleman Hawkins, along with Lester Young, is recognized as one of the two major influences on the large majority of tenor saxophonists that came after them. While one of Hawkins nicknames was "Bean," "Hawk" was the other one word title bestowed upon this musical giant.

While jazz video of the great Charlie Parker is scarce, to say the least, one of the treasures that's available for viewing (see the bottom of this feature) is a clip where "Hawk" and "Bird" appear together. While the piece is not a blues per se, both men dig deep and imbue "ballade" with a deep blues feeling. Although two minutes and fifty seconds of music, with both men taking turns and never playing at one, is more of a teaser than an all out performance, just having the opportunity to hear and see both men performing is a historical treasure worth watching. Two birds have never sung as sweetly as they do here.