Jazz From Around The World: Latin America and the Caribbean 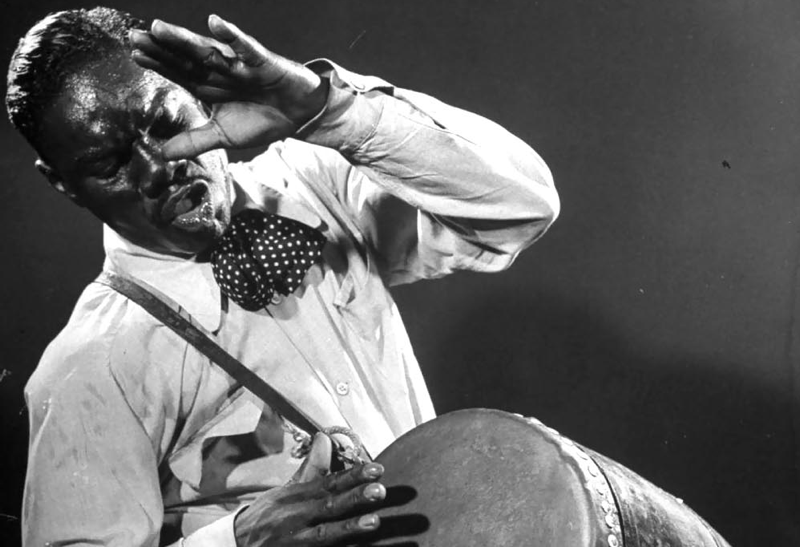 By HRAYR ATTARIAN
July 5, 2016
Sign in to view read count
The focus of the second installment of Jazz from Around the World is Latin America and the Caribbean. Because of both proximity to the US and the shared African heritage, particularly in the Caribbean, jazz was seamlessly and naturally adopted in this part of the world. Of course Latin jazz with its many guises is a very dominant force in today's music. Highlighted below are 10 early gems from south of the border.

One of the first permutations of Latin Jazz took place in Cuba. Indigenous rhythms merged with improvisation and a Spanish lilt and created what became known as Afro-Cuban music. In the late 1940s trumpeter Dizzy Gillespie and Cuban expats multi-instrumentalists Mario Bauza and Machito imported the music to the United States. One of Gillespie's foremost collaborators was ill fated percussionist Chano Pozo. Pozo was active as a musician prior to his move to the USA and recorded with various ensembles while still living in Cuba. These, together with his sessions with Gillespie, are collected it in the superb box set El Tambor de Cuba.

Another prominent Cuban jazz musician was composer and conductor Chico O'Farrill. His early work with both Cuban and American musicians is collected on the comprehensive two disc set Cuban Blues. The music is equal parts sophisticated melodies and infectious rhythms both essential elements of O'Farrill artistic approach.

Other island nations of the Caribbean also embraced jazz as a natural extension of their own folk rhythms. Two prominent Trinidadian musicians, percussionist Rupert Clemendore and bassist John Buddy Williams, fused elegant improvisations with Calypso and Venezuelan joropo motifs. The resulting album is Jazz Primitif from Trinidad. Far from being primitive it is an engaging work full of variety that maintains interest while simultaneously being anchored by the central theme of an island groove.

Of all the many Caribbean expat jazz men in UK, a roster that includes trumpeters Dizzy Reece and Harry Beckett and saxophonists Joe Harriott and Wilton 'Bogey' Gaynair, the one who maintained most ties with the musical traditions of his home country was trumpeter Shake Keane. His Real Keen: Reggae Into Jazz is perhaps not his most innovative work but it does a charming job of fusing the Reggae beats of his native St Vincent with the spontaneity of jazz.

Brazilian music and jazz made for a winning combination as the popularity of such songs as "The Girl from Ipanema" made evident. The tune's composer, guitarist and pianist Antonio Carlos Jobim, gained fame with his pop-inflected, light music that is called Bossa Nova. He did, however, leave behind a few "heftier" works that nevertheless are captivating and accessible. The best example is his collaboration with guitarist Luiz Bonfa on the soundtrack of the film Black Orpheus released on Verve.

An early proponent of the fusion of Brazilian folk dances, particularly Samba, was tenor saxophonist JT Meirelles. His most representative work is the simply titled Samba Jazz!! and is considered the first recording of the subgenre. Not all Brazilian jazz musicians embraced dance rhythms and effervescent beats to make accessible music. Alto saxophonist Vitor Assis Brasil, a child prodigy, became the most critically celebrated Brazilian jazz musician outside of his home country. His 1967 Trajeto is representative of his pioneering work in Brazilian jazz.

The popularity of Bossa Nova migrated north to Mexico as well as the United States. Pianist Juan Jose Calatayud put a uniquely Mexican twist on it. He also interpreted Mexican folk songs with a definite, jazzy flair. His 1969 collaboration with vocalist Silvia, Nova Jazz is the best representation of his singular work.

Jazz in Argentina got its jump start in the mid 1960s partially stemming out of bandoneon player and composer Astor Piazzolla's rejuvenation of the tango tradition. One of the unjustly underexposed jazz musicians is Argentinian tenor saxophonist Chivo Borraro. Borraro's live date Cuarteto Del Chivo Borraro En Vivo demonstrates his energetic performance and his undulating lyricism. No jazz collection can be complete without tenor saxophonist Gato Barbieri's masterwork, the two disc set Latino America. Passionate, angular and emotive Barbieri's three albums that make up the double CD, have many moments of breathtaking beauty and thrilling dissonance. They are true gems of Latin Jazz.