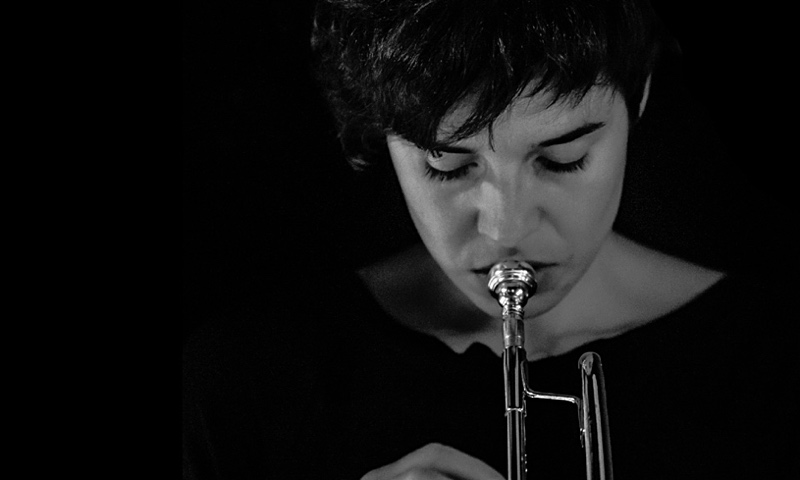 Where to start with my description of the Jazz em Agosto experience? The gorgeous setting of the amphitheater in the garden of the Calouste Gulbenkian Foundation (Fundacão Calouste Gulbenkian) in central Lisbon? The musical highlights of the fourteen concerts over ten days? The many amazingly creative and sympatico people I met? The beauty of the city of Lisbon and its people? Whatever—we'll get to all of that and more, and if I may indulge myself, a little personal history.

For a number of years, I'd wanted to attend Jazz em Agosto, based not only on reports from journalists and musicians, but also because I wanted to see how Portugal has changed since I lived in Porto for nine months in the mid-80s.

Jazz em Agosto did not disappoint, nor did Lisbon or the country as a whole.

The Calouste Gulbenkian Foundation was established by the Armenian industrialist Calouste Gulbenkian, who made his fortune in the oil business and died in Lisbon in 1955. The mission of the foundation is to promote education in the arts and sciences. To further that end, the foundation built a facility comprised of three museum buildings and a garden on a 19-acre parcel of land several kilometres north of the Tagus River and the main part of downtown Lisbon. Jazz em Agosto began in the early 80s (this was the 34th edition) and is a resolutely independent enterprise, in the sense that it is beholden to no corporate sponsorship and also in its artistic direction. Artistic director Rui Neves has held the position for most of the festival's history, and his vision is to present high-quality, forward-looking, and adventurous music in the avant- jazz tradition.

The setting for the concerts is unique in my experience, an open air amphitheatre in the foundation's thoughtfully designed English-style garden, a favourite place for the city's citizens to walk around and relax in, or to visit the foundation's collections of ancient art and contemporary Portuguese art. Behind the amphitheatre is a small lake surrounded by trees, and the musicians enter the stage from the rear before each evening's performance, the musicians emerging from a set of stairs sunk into the ground, to create a dramatic effect, akin to gladiators entering the arena as the trees wave in the almost constant breeze that blows in Lisbon in the evening.

Due to an airline snafu (the airline shall remain unnamed, but it is Portugal's national carrier), I missed the first concert on Friday, July 28, by Steve Lehman's group Sélébéyone, but I did manage to make it for Lehman's solo performance on alto saxophone and computer the next day at 6:30 and for the that day's main concert by Sun of Goldfinger, the trio comprised of David Torn on guitar and electronics, Tim Berne on alto sax, and Ches Smith on drums. Berne wailed freely over the wall of electronic sound laid out by Torn, who fired out shards of guitar notes, and Smith interjected with quirky intelligence and subtlety that pushed the improvisation in unexpected directions. The three were totally in synch with each other and, at one point, with one of the jets that passed overhead (the amphitheater sits directly under the approach to the nearby airport, and the sound of airplanes coming in to land is a signature of the festival). Really good stuff, and a promising start to my festival experience.

The next evening's performance, by the French collective Coax Orchestra, was, unfortunately, an incoherent mess. The concert started promisingly enough, with a fanfare that sounded as if it would lead to a unified piece, but the group swiftly turned the concert into a showcase of the different styles in which they dabble, with no unifying thread. To compound matters, guitarist Julien Desprez, who had treated us with an inventive and unpredictable solo set earlier in the evening, was criminally underused for the first half of the concert, and at a couple of points, the group locked into a groove to which no dynamic tension was added.

Heather Leigh and Peter Brötzmann have been touring their unlikely combination of pedal steel guitar and saxophone on the heels of their CD Sex Tape. When I saw them in Montreal in June, they seemed road-weary, but their performance in Lisbon was quite a lot more intense and focused, the latter-day Brotzmann at his most lyrical as Leigh bent and distorted the notes coming from her steel guitar, pushing Brotzmann in different directions throughout the performance.

Tuesday night's concert was a totally pleasant surprise, one of the three most satisfying concerts of the ten days. Trumpeter Susana Santos Silva, born in Porto but now living in Sweden, was new to me, but her quintet, with Lotte Anker on tenor, alto, and soprano saxophones, made me an immediate fan. The 53- minute set (plus encore) was totally improvised but sounded as if it were a composed piece, so coherent it was. The improvisation moved smoothly from one section to another, the horns of Silva and Anker weaving in and around one another as the rhythm section of bassist Tobjörn Zetterberg and drummer Jon Fält provided a solid, dynamic base. Special mention must be made of pianist Rodrigo Pinheiro, who subbed on short notice for the ill Sten Sandell, not sounding out of place for a moment, with his sparse, cogent contributions. These are musicians worth paying attention to.

Wednesday's show Quartet was a meeting of old friends Joëlle Léandre, Sebi Tramontana, Carlos Zingaro, and Paul Lovens, one of the several "trickster" drummers we heard over the ten days. (I also include Ches Smith, Jon Fält, and Gard Nillsen in this group). By that, I mean that these drummers are not content simply to keep time, more likely to stick a wheel in the spokes of the improvisation from time to time in order to provoke a change in the direction of the music. These four old friends, collectively known as the Sodu Quartet, are very comfortable with and supportive of each other as they might be in a conversation over drinks. Trombonist Tramontama was for me the star of the show, playing with wit to match his firm, round tone, while violinist Zingaro seemed content to lay back in the music, and Leandre was at her best, contributing chant-like singing to accompany her arco playing, and Lovens, as mentioned earlier, sharply prodded the rest of the group with gentle humour.

Starlite Motel's concert on Thursday was of an entirely different order, a loud affair (the only concert during which no airplanes were heard), with a sound something like the bastard love child of Black Sabbath and Albert Ayler, if I may use a somewhat lazy trope. Jamie Saft was the dominant voice, playing mostly a Hammond B3, and he an Ingebrikt Häker Flaten, on electric bass, whipped up a furious flurry of sound over which saxophonist Kristoffer Alberts wailed on tenor and alto, while drummer Gard Nilssen pierced the wall of sound with shifty rhythmic invention.

Friday's 6:30 solo performance by bassist Pascal Niggenkemper provided a foretaste of what was to come from Larry Ochs' Fictive Five later that evening, as he employed a variety of extended techniques on acoustic bass. The Fictive Five performance was my favorite of the festival, a tour-de-force of compositional intelligence and virtuosity that served the music. The contrasting two-bass attack of Niggenkemper and Ken Filiano and the solid yet subtle drumming of Harris Eisenstadt would have made for an interesting performance by itself. Filiano was enthusiastically and energetically magnificent, his powerful arco playing a source of constant surprise, while Ochs' saxophones and Nate Wooley's trumpet pushed and prodded one another throughout. Wooley is easily the most technically proficient and lyrical trumpeter currently on the scene, and it is a joy and a privilege to hear him each time the opportunity comes around. Ochs, as the avuncular leader, directed the group with forthright conviction.

Saxophonist Chris Speed, saxophonist Andrew D'Angelo, guitarist Kurt Rosenwinkel, and drummer Jim Black have been playing together since their teenage years in Human Feel, and their performance on Saturday evening was a wholly joyous affair. My big takeaway from the concert was the powerful drumming of Black and the free-form yet totally coherent playing of D'Angelo, a musician I had not had the pleasure of seeing live before.

Finally, trumpeter Dave Douglas's quartet High Risk closed out the festival with a rather disappointing performance. First, the only risk taken was Douglas engaging with much younger musicians, not in the music, unhappily. Drummer Ian Chang, guitarist Rafiq Bhatia, and bassist Jonathan Moran are more than competent musicians, and Chang and especially Batia had their moments, but the compositions had them playing fairly clichéd electric funk, and Douglas seemed content to rest on his laurels, offering solos that often started nowhere and ended up in the same place, knowing that the audience—the largest of the festival, clearly drawn by brand name recognition—would enthusiastically appreciate everything he did. And they did. I didn't.

But there is no need to end on sour note. Jazz em Agosto is a wonderful experience, tainted neither by commercialism nor crassness. Lisbon is a beautiful city, and the people I encountered there are a reflection of that. Rui Neves and his festival team are friendly, efficient, and enthusiastic about the music and creating an enjoyable experience for all the festival-goers. The post-concert hang at La Gondola bar/restaurant opposite the Gulbenkian is epic, though now a thing of the past, as the building is slated for demolition. In the thirty years since I was last in Portugal, the country has moved forward in many ways, while retaining the essential elements of what makes Portugal Portuguese. The challenge, both in that endeavour and in the music, is to maintain a respect for tradition while moving it forward. Lisbon, Portugal, and Jazz em Agosto prove that it can be done.