By NICK CATALANO
April 2, 2003
Sign in to view read count

This month we’re listening to recordings made by two jazzers who’ve been at it since the 1940’s. Everyone knows that jazz recordings account for less than 2% of the American market and anyone who can keep selling CD’s these days must be special.

Dave Brubeck is eighty-two. His post-war recordings identified an era in jazz. The Dave Brubeck quartet won the first jazz poll conducted by a black newspaper (The Pittsburgh Courier). By 1954 his picture had appeared on the cover of Time magazine along with a story heralding the rebirth of jazz. The album Time Out (1960) became the first in modern jazz to “go gold” and Brubeck’s compositions along with those of his legendary partner Paul Desmond are standards of the first rank. Utilizing techniques taught by his great classical teacher Darius Milhaud, Brubeck investigated old dance forms, experimented with complex time signatures and yet made jazz recordings that were accessible enough to become pop “hits.” No mean feat.

Along with six honorary doctorates and every music award imaginable Brubeck was awarded the National Medal of the Arts by President Clinton in 1994.

Over twenty years ago I produced several concerts with the 80’s edition of the Brubeck quartet and was amazed to watch a senior Dave Brubeck creating and innovating with unbounded energy and yet always serving the mainstream needs of large audiences. 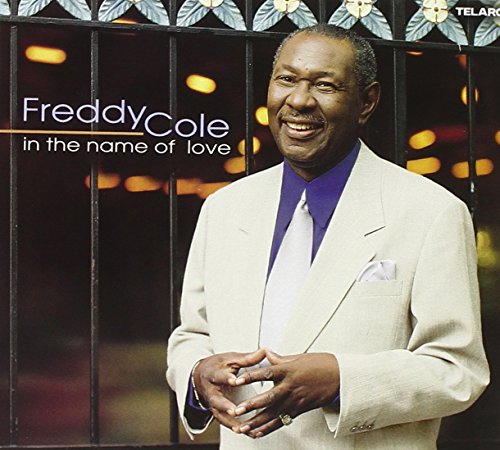 The youngest of Edward and Paulina Cole’s five children, Freddy Cole was born in Chicago in 1931. His legendary brother Nat “King” Cole was twelve years older than Freddy who sounds amazingly like Nat but, early on, developed a style all his own. Performing since age six, Freddy came under the influence of Duke Ellington, Count Basie and Billy Eckstine. His recording career spans a half-century and like Dave Brubeck, he continues to perform at major United States clubs and festivals in Europe, the Far East and Brazil.

Since 1952 when his first single “The Joke’s on Me” was released, an obscure Chicago-based label, Cole has been recording albums for various labels. During the 1970’s he recorded on several European and English labels which helped him become an international favorite.

During his prolific recording career, Cole found time to develop an extensive music education studying at Juillard and receiving a master’s degree from the New England Conservatory of Music. Continuing his perennial quest for new musical challenges, Cole encountered Brazilian music on his last release Rio de Janeiro Blue in 2001 and scored resoundingly. His new release In the Name of Love follows up on that success with performances of Brazil’s formidable composer Ivan Lins.

Freddy Cole – another elder statesman who still has many new jazz worlds to conquer.