By DEBBIE BURKE
September 8, 2017
Sign in to view read count

The Central House [later the Deer Head Inn] became known as a jazz Mecca. It’s responsible for getting jazz into the Poconos. —Ralph Harrison, trumpet player and retired conductor

The following is an excerpt is from Chapter 1 of The Poconos in B Flat by Debbie Burke (Xlibris, 2011). All Rights Reserved. 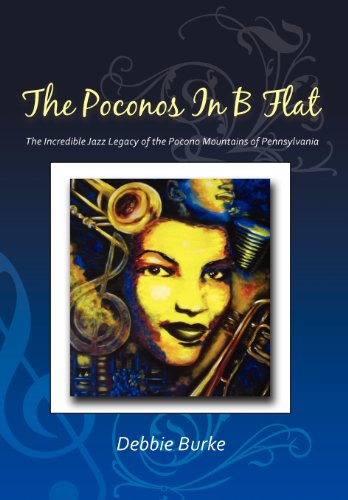 The iconic image of your approach from Interstate 80 coming from New York City and going west is of the negative space between two massive mountains that form a backdrop behind the Delaware River.

Delaware Water Gap—the first stop on the Pennsylvania side of the Interstate coming from New Jersey and NYC—has steadily and quietly established itself as the hub of jazz in northeastern PA. How did that happen?

The birthplace of jazz in the Poconos—the region encompassing the Delaware Water Gap; Stroudsburg (the county seat); East Stroudsburg (home to one of the PA State universities); and adjacent cities and towns—can be attributed to the hospitality industry. "If not for the resorts pulling musicians here," observed Ralph Harrison, trumpet player and retired conductor of the local Trinity Centennial Band, "it might have taken much longer for the music scene to develop."

The grand dames of the Poconos, stately hotels like Buck Hill, Skytop and Pocono Manor, offered music, sure. But largely to those upper-crust Philadelphians and New Yorkers who could afford vacations in the country. At the time (the turn of last century) these facilities hosted opera singers and concert violinists for its clientele. "Some stayed for an entire month or the whole summer. They weren't day trippers," added Harrison.

Later on, hotels brought in orchestras for people to interact with, as vacationers now wanted music to dance by. "After World War II, things exploded," said Harrison. "People had cars again. They had money to go on vacation. The former defense plants started making refrigerators. The resorts became more modernized, booked bigger dance bands, and finally, big bands." There it is.

If pressed to come up with a singular reason jazz was able to grow (flourish) in the Pocono Mountains, you could point to a gentleman by the name of Bob Lehr. He had the fortune to inherit a resort called the Central House (later dubbed The Deer Head Inn), the meeting place for jazz jammers and pros throughout the region.

"The Central House became known as a jazz Mecca," Harrison continued. "It's responsible for getting jazz into the Poconos." After the resorts like the former Mt. Airy Lodge would end their evening entertainment, musicians would hotfoot it over to the Deer Head Inn. As the story goes from Harrison, the bass, sax and trumpet player Johnny Dengler rented a room on the third floor of the inn. Dengler was holding court on Dixieland while "throwing chicken livers to his cat. Johnny said 'nobody sleeps when I'm lecturing about jazz.'"

Owner Bob Lehr's wife, Fay Lehr, said the jazz vibe started with Dengler; maybe in the late 1940s. "Johnny played every instrument," she recalled. "He was a local Mt. Pocono boy, then a student at Princeton. He played at what was then the Penn Stroud Hotel [now the Pocono Inne Town]. It was Good Friday and the hotel said they couldn't have jazz on that day, so Johnny came to Bob and asked if he would like to have some jazz on Good Friday. Bob said sure. We played jazz every night since."