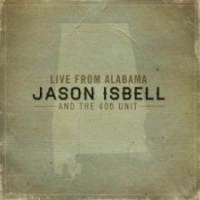 The review of Blackberry Smoke's The Whippoorwill (Southern Ground, 2012) provoked the comment: