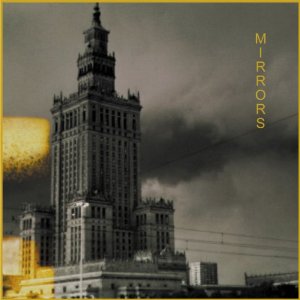 Tenor saxophonist Jan Kopinski is best known for his pioneering improv-meets-funk band, Pinksi Zoo. Formed in the mid-1980s, Pinski Zoo burst onto the emerging British delinquent-jazz scene around the same time as Rip Rig & Panic, then fronted by multi-instrumentalist Don Cherry's adopted daughter, Neneh. Rip Rig & Panic sweetened its avant-garde jazz content with guitars, songs with hooks, some savvy rock and roll image building, and Cherry's vocals. Pinski Zoo, however, made no concessions to the marketplace...or to anything at all. It served up a raw, unruly mix of late period John Coltrane and Albert Ayler-inspired tenor saxophone-led improvisation and steam-hammer funk. And it peeled the socks clean off your feet.

Pinski Zoo is still erupting, and its 2006 album, After Image (Slam Records), is probably the best disc it has released. After almost three decades at the barricades, that is a remarkable achievement.

For Mirrors, Reflektor is augmented by singer Melanie Pappenheim, on a work commissioned by the highly regarded, Leeds-based new-opera company, Opera North—a close neighbor of Kopinski's bands, which are based in Nottingham, in the northern half of England.

Fully-staged performances of Mirrors present Refkektor playing in front of visual footage Kopinski has collected over 20 years of visiting Poland exploring his paternal heritage; his father was a Polish bomber pilot who had been based in Britain during the 1939-45 world war. The idea of identity is central to the visuals and the music, which explores the mutualities between new thing-inspired, African-American jazz and traditional Polish music. At around 74 minutes, the Mirrors CD has to stand up without the lavish projected backdrop—and it succeeds, brilliantly. 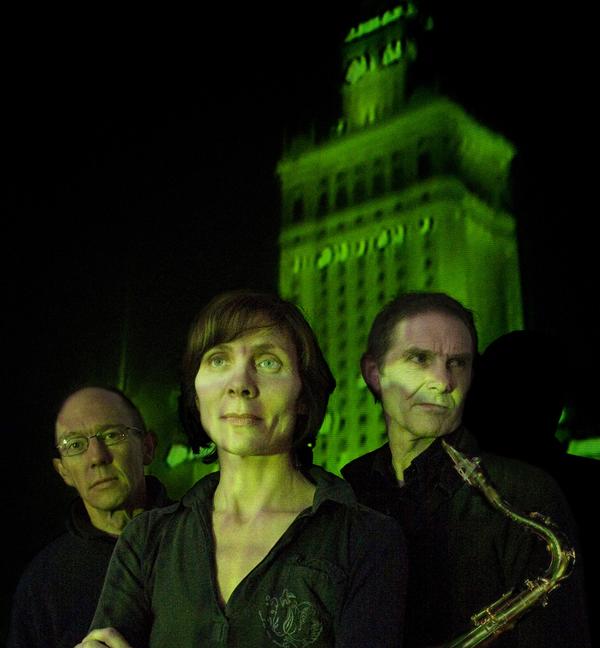 Reflektor's music, this time out, is less of the all-out assault on the senses a Pinski Zoo performance can be. It is still focused on Kopinski's late-period, Coltrane-informed tenor, is still improv-centric, and is still built on tough rhythm section grooves and ostinatos; but the arrangements are more nuanced and the playing less confrontational. Slavic folk music is added to the mix, sometimes in the form of echoes and motifs, sometimes in more literal borrowings, and is often referenced by Janina Kopinska's viola. (Photo shows Kopinski, right, with Iliffe and Pappenheim, in front of Warsaw's Palace of Culture, a once-hated, Stalinist monolith today regarded by many Poles with ironic affection).

Though Mirrors was commissioned by an opera company, Pappenheim is by no means the center of attention, her voice used for color and texture as often as it is for thematic exposition. Though it has sections of Pinski Zoo-like turbulence and intensity, Mirrors is a bit like a chilled out version of that band's style, cruising along the highway with the top down after a six-cylinder workout. It is immensely evocative, and there is enough variation between the nine different tunes to hold the attention without the support of the in-concert visuals.

Kopinski himself continues to grow as a player. His tone now is richer and more rounded than it was back in the day—he even essays passages of mellow balladeering—and his improvisations, which retain the excitement of being totally in-the-moment, are altogether more architectural. Mirrors will delight his followers, and also offers a relatively accessible route further into his music, for those yet to have experienced the super-charged energy of Pinski Zoo.