Click the play button to listen to this episode of One Man's Jazz.

Finding your own path is one thing, staying on it is another. This show features several musicians who are doing that today. Bassist Moppa Elliott's urge to challenge the idiom is not confined to his occasionally controversial Mostly Other People Do the Killing. His new recording, Jazz Band/Rock Band/Dance Band, presents three distinctly different bands and musical approaches on this triple-set for Hot Cup. Many of the usual MOPDTK suspects are on hand.

Saxophonist James Brandon Lewis hasn't set out to fall into one particular category: funk, hip hop, improv all are distinct parts of his music. His new release on Relative Pitch, An Unruly Madness has no madness, just great playing. Vocalist Amirtha Kidambi also brings a wide range of influences to her very unique approach to her music. Her From Untruth debuts on this episode of One Man's Jazz. Ditto for pianist and drummer Mick Rossi —his years with Philip Glass infuse his very eclectic approach to his work. Unexpected angles and directions abound in Rossi's music.

A pair of trios make OMJ debuts in this episode as well: Treppenwitz from England and Austrian trumpeter Gerhard Ornig. Enjoy! 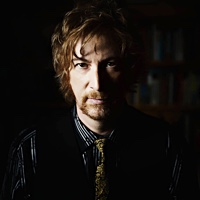