Island Music from the Caribbean

By AAJ STAFF
March 17, 2004
Sign in to view read count
We're almost forty releases down the road in Nonesuch's Explorer reissue series, devoted to traditional and folk music from around the globe. Africa, Indonesia, and Latin America have seen broad coverage; much still lies ahead. But each record is a living document of musical tradition and culture that are sometimes millennia old. Field recordings are rarely audiophile quality, but that's not really the point here. 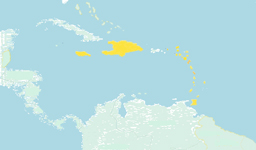 As part of its Latin American releases spanning from Mexico and the Caribbean down far into the Southern Hemisphere, the series has touched upon native culture (eg. three discs devoted to native Andean music)—but perhaps more interestingly the intersection of native and imported traditions. Nowhere is the mixture more dramatic than in the Caribbean, which has seen a dizzying variety of European colonists; laborers from Asia, the Middle East, and Europe; and, most importantly, Africans imported as slaves. Not only have there been repeated wars, but changes in immigration (and refugee) status have also yielded all sorts of odd combinations of culture and tradition.

The collision of cultures that resulted yielded a vast collection of religions, languages, social structures, and governments that had to somehow be reconciled, sometimes in a hurry, both usually over centuries. As a result, Christian saints became conflated with deities of the West African Yoruba religion (usually termed a "cult" by ignorant Westerners who have failed to appreciate its depth and doomed it to primitive status). Affiliations with different European nations have persisted to today in linguistic and ritual manifestions.

In short, it's all very confused.

The three recordings under consideration here include material from Haiti, the Dominican Republic, Jamaica, Trinidad, and other parts of the Lesser Antilles. Jazz aficionados will note the absence of Cuba from the menu, which is notable in light of that island's impact on the music of the Western Hemisphere. But the rest of the islands are a handful indeed. 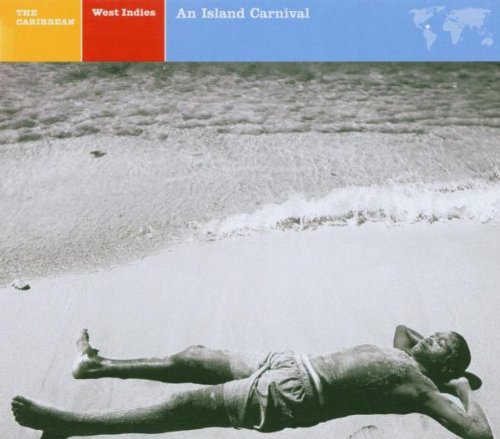 The Lesser Antilles include a number of relatively small islands in the southeastern Caribbean, dominated in size and impact at the south by Trinidad and her lesser sister, Tobago. For various reasons, these islands were fought over by Europeans for a long time before they settled down into their current affiliations (independent, French, Dutch, English, or otherwise). Colonial sugar and cacao cultivation required a massive importation of labor, and the relatively strategic location of these islands in the Caribbean made them important beyond what their size or population would predict.

An Island Carnival aims more to represent a variety of social, cultural, and religious influences than to provide dance music for the masses. That's not meant in an elitist sense, but consider yourself warned that this is probably not the island carnival you may have dreamed about based on tour guides, sentimental retrospectives, and popular music. Krister Malm went out into the heart of these islands to make these field recordings from 1969-71. Originally released two decades ago, the disc has been reincarnated in remastered form, offering a highly unusual perspective on island culture.

The material on the disc is bewilderingly diverse. It comes from Dominica, St. Lucia, Young Island, Grenada, Trinidad, St. Vincent, Guadeloupe, and Tobago; it spans merengue, mazurka, bamboo band, cocoa-lutes, chantwell, aguinaldo, singing games, shango ritual, spiritual baptist revival, Hindu epic, Islamic festival music, and perhaps the oddest of all, the reel. That list would be completely meaningless without the liner notes, which explain everything with lucidity.

The "Tassa" recorded during the Islamic Hosse festival, relies on a collection of Arabic kettledrums (mostly played in North African/Middle Eastern fashion, blocked together in units, but not without a bit of European marching band tossed in). The "Spiritual Baptists" appear in a choral tradition that may feel familiar to to American Christian revivalists; the music is based on spiritual and hymns, calling for divine love through song, clapping, tapping, and stamping. A ritual Shango festival is not captured with much clarity, though we're told the woman on the tape has just been possessed by a Yoruba god known as an orisha.

Some of this music may feel more familiar: the merengue, mazurka, and reel have obvious connections to modern-day relatives with varying degree of connectedness. But the two calypsos take home the grand prize for revealing how much we share in common, despite ostensible differences of every type. The bamboo-derived "boom boom," for example, rolls deep in the bass register, just like a tuba. Sort of. 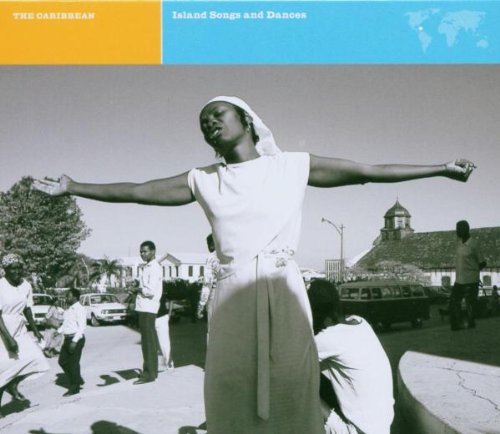 This particular set of recordings travels deep into the heart of the larger Caribbean colonies of Jamaica (English) and Hispaniola, the latter divided for historical reasons into Haiti (French) and the Dominican Republic (Spanish) halves. While this music (originally released in 1972) is essentially present-day, it betrays ancient traditions.

For example, Dominican merengue (as well as its Haitian sister, meringue) has a characteristic extended multi-part structure wedded to a distinctively choreographed dance style. It became widely popular in the early 20th century, though its roots run deeper among rural populations. Debating the relationship (and any sense of precedence) between Haitian and Dominican forms of this dance music is essentially futile, though many still try to do so. Both styles are represented here.

For the most part, though, this collection consists of call-and-response and work songs, which have an obvious interrelationship in both New World and African music. They include two opening West/Central African-derived songs, driven by drums of two pitches and shakers, where male and female voices trade roles in response to each other's cries. These two tracks have pretty obvious origins, and while they may not be the most interesting examples, they do make a point. Shortly thereafter, two Dominican call-and- response songs feature women exclusively, slow-paced and deliberate, centered around poetry and religion.

"Pindo Mama Pindo" takes place in a Dominican tobacco factory, where men and women assemble to clap hands and trade lines with a backdrop of choral responses. Two Jamaican digging songs present examples of a more European choral style based on four part harmonies, synchronized to shovel hits and still placed within a call-and-response context. The mento "Mango Time" returns to Jamaica with a style that has been traced backward to English roots and forward to Jamaican musical advances of the late 20th century: namely ska, rocksteady, reggae, and their descendants.

A pair of songs with religious references close out the set: "Obeahman," from Jamaica, is a party song titled after the mystic shaman/brujo/sorcerer who practices obeah, a rough equivalent of Haitian voodoo. "Mummies" comes from St. Kitts and Nevis via the Dominican Republic, bringing toegether fife, whistle, voice, and drums (European style, interpreted through the prism of Africa). 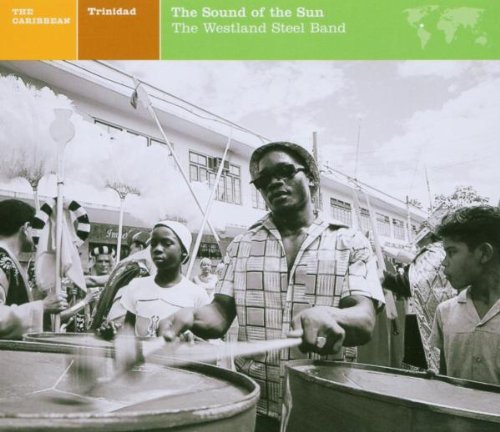 The Westland Steel Band
Trinidad: The Sound of the Sun
Recorded in Trinidad by Bill Leader
Nonesuch
2003 (1967)

Probably the best known traditional Caribbean music of the early 20th century is calypso, which originated in the Carnival celebration held on the Tuesday before Lent. And the most colorful example of Trinidadian music—by far—is the steel drum band. The Sound of the Sun (recorded in the field in 1967) is dedicated to documenting the Westland Steel Drum Band during one such event. It's rough, ragged, and raw... but at the same time, its infectious enthusiasm cannot be escaped.

In the liner notes Jane Sarnoff describes the history of this music, which originated with French colonials in the 1700s and was opened up by freed slaves in the 1800s. The critical period relevant to the instruments heard on this record came with the outlawing of so-called "stick bands," where marchers would pound a "bamboo tamboo" stick into the ground to generate group percussion. The subsequent goal became to make as much noise as possible, which in many cases meant pounding on huge scraps of metal. Given how close Trinidad was to the petroleum industry, it was only natural that oil drums would be used for this purpose.

And so it was a natural step to play the steel drum (otherwise known as steel pan) during Carnival. To get several players together was a difficult proposition because of the inaccurate tuning of the instrument, but apparently as long as you had one guy making the pans for the whole band, it worked out okay. And thus the Westland Steel Drum Band: recorded here in sheer joy, catchy and infectious.

This is the least broad-ranging of the reissues in the Explorer Series to date, so don't expect the usual enormous collection of styles. But taken at face value, The Sound of the Sun provides plenty of fun and takes almost no effort to enjoy. (Dance, dance, dance!)

Visit Nonesuch on the web.