By TREVOR MACLAREN
July 3, 2006
Sign in to view read count 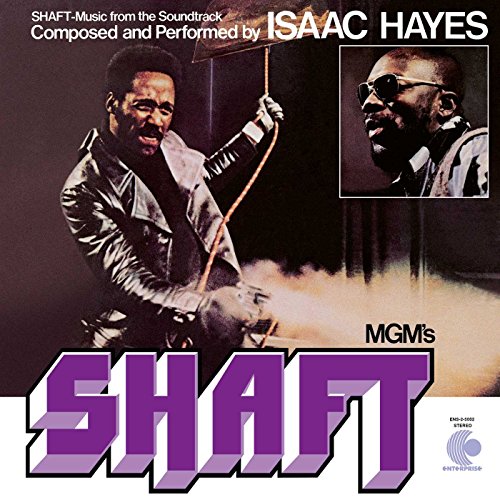 "Who's that black private dick who's a sex machine with all the chicks? Shaft! Damn right!...

The opening lines to Isaac Hayes' score for the seminal 1971 movie, Shaft, sound like a camp put-on today—but in the early '70s they were about as camp as the Black Panthers. Black sexuality and black pride were explosive issues in an America where the hardcore, fundamentalist preacher Billy Graham had a hotline to the president and the government was determined to hold a metaphorical Mason-Dixon line across US society.

Shaft gave voice to a newly assertive black pride. Though Melvin Van Peebles' enduring Sweet Sweetback's Badddassssss Song preceded it, it was the box office success of Shaft that freed up Hollywood development budgets and gave birth to the new genre of blaxploitation movies. And at least half of the movie's immediate iconic stature was down to Hayes' soundtrack—a revolutionary funk/soul masterpiece and black music's answer to Phil Spector's rich but edgy wall of sound.

Hayes didn't exactly come of nowhere with Shaft. He'd acquired an underground following with Hot Buttered Soul in 1969. But it was Shaft that made him a cultural leader and a major player. The single "Theme From Shaft" gave him top ten hits across the world, and he became the first African-American composer to win an Academy Award.

It had been a long haul from Covington, Tennessee, where Hayes was born in 1942. He moved to Memphis in the late '50s, and after scuffling around the bar and roadhouse circuit, hooked up with the Mar-Keys and signed to the city's Stax label in 1964.

Stax was Hayes' first big break. Teaming up with staff writer David Porter as one half of the Soul Children, he co-wrote a huge body of work including the R&B staples "When Something Is Wrong With My Baby," "Soul Man" and "I Got To Love Somebody's Baby." With the Soul Children, Hayes also began acquiring the producing and arranging skills that he brought to Shaft.

Hot Buttered Soul, which featured Hayes with the stone funky Bar-Kays, gave a taste of what was to come with Shaft. Its four tracks featured lush orchestration and extended jams, and opened with a string-laden, vibrato guitar-driven arrangement of Bacharach & David's "Walk On By." The tune runs for twelve, funky, mid tempo minutes, during which a won't-be-hurried Hayes relates and shares his pain. Jimmy Webb's "By The Time I Get To Phoenix, which closes, racks up an unprecedented near nineteen minutes of monologue.

The slow funk vibe and rich string arrangements of Hot Buttered Soul gave Hayes his signature sound, and the music resonates through Shaft. But Hayes introduced some new directions on the soundtrack album. Instead of laying out a series of lengthy, chilled-out raps and jams, the episodic nature of a movie structure obliged him to focus on shorter instrumentals, featuring laid-back, jazz-infused riffs and solos.

Many movie soundtracks don't stand up on their own, but Shaft has a groove with legs. Classic extended rap Hayes makes its way onto the score towards the end, with the almost twenty minute long "Do Your Thing, one of only three tunes where Hayes sings.

Though the jazz content seems incidental at times, it fills out the arrangements and gives the overall sound a trademark Hayes vibe—much imitated, and later to become the template for Barry White's Love Unlimited Orchestra. But unlike Hayes, White drenched his music with so much cheesy noodling that it smothered the street vibe and the chance of any action.

Thirty five years on, Shaft may sound dated, but it's a sound that inspired a generation of soul musicians. Hayes' laid back delivery and gorgeous arrangements are still breathtaking, and the album remains a quintessential slice of '70s soul.

Visit Isaac Hayes on the web.