By EYAL HAREUVENI
May 30, 2013
Sign in to view read count
The new Swedish label, Havtorn Records, was founded in 2011 by three musicians— drummer Måns Wikenmo, bassist Donovan von Martens and pianist Oscar Johansson. The three longed to create a label that would also be a platform for a community of a new generation of musicians, most of them residing in the cities of Malmö and Gothenburg in southern Sweden.

Wikenmo explains that the label founders decided not "to lock it into a specific genre or style...we wanted an open mind to it, and if we are to put a name to what we are doing, we choose to call it contemporary music." The label, now a music collective of musicians from Stockholm and Oslo, released this spring four new releases and plans to arrange later this year a two-day festival in Malmö and Gothenburg that will present the label's promising roster of upcoming musicians. 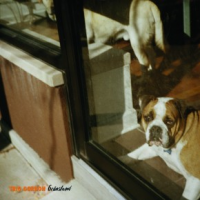 This is the sophomore release of the Swedish Trio Gordon, headed by guitarist Joel Fabiansson. Its titleGränsland refers to its aesthetics: a space in between, the borderline.

Fabiansson is a gifted storyteller, and all his songs offer cinematic moods and nuanced atmosphere, wrapped in tight melodic core. His guitar vocabulary references the influential Bill Frisell, mainly in the economic, calm manner that he colors his guitar lines and the joyful affinity for folk themes, but Fabiansson has a confident, distinct sound of his own. His concise songs do not belong to a specific space or a genre. The emphasis of the melodic lines and emotional impact suggests a familiar feeling but often features a restless sense of search for distant musical universes. "Panflöjtslåten," for example, follows the same West African infectious melody and groove as Frisell's tribute to Malian guitarist and songwriter Boubacar Traor, "Baba Drame" (taken from Frisell's History, Mystery, Nonesuch, 2008), but sounds different from a typical, cyclical African theme. 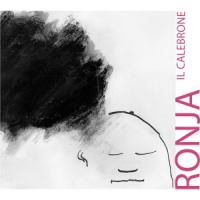 Ronja is a new quartet, comprised of three young Norwegian musicians—bassist Magnus Skavhaug Nergaard, from the exprimental-punk outfits Ichi Bin N!ntendo and mummu, drummer Andreas Wildhagen and saxophonist Harald Larsen—and Swedish pianist John Lindvall. Nergaard and Lindvall are the main composers on the quartet debut (that its members deny any association to the famous children fantasy book with a similar name by Swedish writer Astrid Lindgren).

The compositions and improvisations reflect the breadth of interests of the quartet members. Ronja embraces lyrical chamber jazz, contemporary music, folk melodies and even pop songs. The four young musicians have opinionated, strong voices and a restless sense of curiosity, though on most pieces the quartet interplay is patient and gentle.

A few of the compositions, such as Nergaard's highly reserved "BLD," the title-piece, the mysterious narrative of "Ofaci" and the beautiful "Epitome," even sound as inspired by the ECM school of serene, impressionistic Scandinavian jazz. But other compositions and improvisations such as "Skogen" and "Lugn" are open-ended and abstract and stress contrast colors, dissonant sonic gestures and searches and urgency over calm, cinematic chord progression. The quartet brief improvisation "Lunch!" is already an explosive free jazz assault. Lindvall's beautiful "Lindvalls vise" has a pop song infectious, repetitive theme.

You have heard, I suppose

Kamala is another new Swedish quartet, headed by pianist and main composer Lindvall and its debut recording features acclaimed reed player Fredrik Ljungkvistand two young musicians—bassist Andreas Heningsson and drummer Johan Nordh. Lindvall's compositions for this quartet are more immediate, energetic and playful than his ones for Ronja, with a strong tendency for peculiar, fractured narratives, inspired by modern jazz and classical music as well literature and sitcoms. Only the last, beautiful "Untitled" composition surrenders to the subtle form of a ballad.

Ljungkvist adds depth, a sense of adventure and freedom to the quartet interplay. Often his contributions set the mood and scope of improvisation for the whole quartet, as on the arresting cinematic narrative of "Hemligheter," the abstract "Tonlek II" or the ironic, fast "Ji Ya," with its abrupt turns in rhythm and momentum.

Despite its suggestive title, the music of Kamala is fresh, original and passionate.

Perssons Sexa is a sextet from Malmö, headed by saxophonist and composer Jens Perssons, active since 2011. Its debut is a suite of six compositions; all feature strong, upbeat melodic lines, deep knowledge of modern jazz vocabulary and powerful group interplay that leaves enough room for personal interpretations and free improvisations.

The compositions move between moods, mysterious landscapes and detailed plots. Trombonist Petter Hängsel and guitarist Tobias Ekqvist usually push the sextet for freer textures, while pianist Oscar Johansson and bassist Johannes Vaht attempt to anchor the nervous commotion in a coherent and melodic structures. Persson bridges and keeps the balance between these sonic poles.

Johansson leads the most beautiful composition here, the melancholic "Balladen Om Livet I Allmämnet," with the careful, subtle contributions of Persson and Ekqvist. Persson, whose a sax playing demonstrates his love for the lyrical tone of Wayne Shorter, patiently builds the tension of "Delirium." The suite ends with the spare and abstract soundscape of "Avslut."

You have heard, I suppose