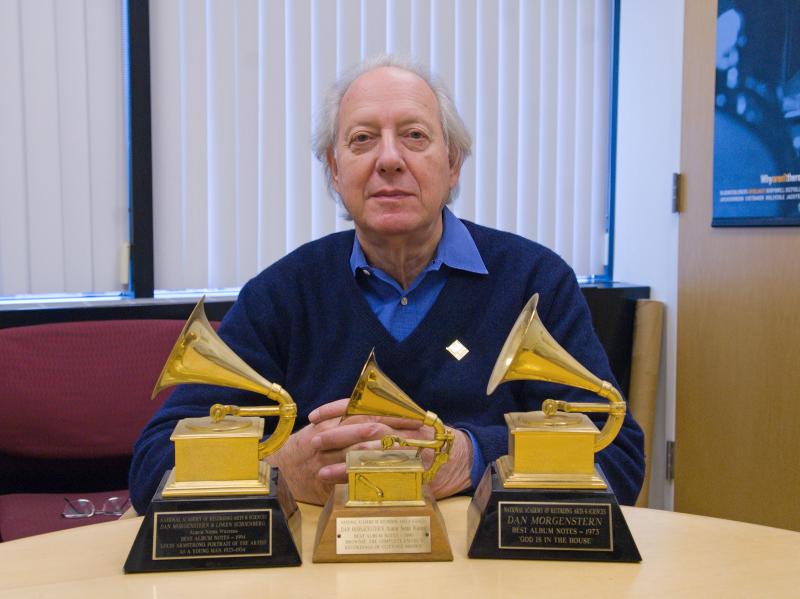 Then came the Year of the Marsalis Family, when father Ellis and sons Wynton, Branford, Delfeayo and Jason—with only the elder getting the $25,000—were honored, in addition to four others. Five was the lucky number for 2012, and Landesman having retired, it was acting Chair Joan Shigekawa who inducted this year's quartet: Mose Allison, Lou Donaldson, Eddie Palmieri, and Advocate Lorraine Gordon.

There was a major change in the 2013 program, produced for the fifth time in collaboration with Jazz at Lincoln Center. Instead of being presented at JALC's Rose Hall, with the participation of the Jazz at Lincoln Center Orchestra with Wynton Marsalis, however, the awards ceremony and concert took place at Dizzy's Club Coca-Cola, with a distinguished house trio of alumni—Kenny Barron (2010), Ron Carter (1998) and Jimmy Cobb (2009) on piano, bass and drums , respectively—joined by special guests, including alumni Sheila Jordan, Jimmy Heath, Randy Weston, and Amy Allison, daughter of Mose.

In attendance were past masters, their families and friends, while press was hosted in a nearby room, the one that's been the scene of an annual ritual since 2004, the first year that the Masters induction became a public event—the photo shoot, in-gathering past masters responding to the invitation, plus the new crop.

This more intimate setting proved copacetic—the New York Times headlined it "A Swinging Party With Old Friends"—but note that it also replaced an earlier feature, namely a gathering for the same flock at Dizzy's the night before, with live music by a group chosen by JALC. But still in place was the luncheon hosted by BMI, held once again at the Petite Salon (not so petite at that) of the Essex House, including presentations of and to the new inductees.

This is always a most pleasant social event, with much tablehopping and a nice meal. Dizzy's also fed us, and that inadvertently triggered the day's only glitch. You see, at lunch we were served a variation on the proverbial chicken, in this case a very well prepared chicken breast. But when it came to dinner, the main course was—guess what? Yes, chicken breast, this one with stuffing, but even so, less than welcome. It must have pained and surprised Dizzy's chef — and the club does feature a tasty menu—to have, as this observer noted, so many guests leave uneaten chicken on their plates. If there is a next time, I would strongly suggest a menu consultation between BMI, JALC and NEA!

As for the music, there was a mighty pretty "Sweet Lorraine" by Heath and the trio. Alas, the dedicatee was absent due to ill health, her award accepted by her daughter, Deborah Gordon, who assists in running the Village Vanguard. The highlight was Randy Weston's tribute to three Jazz Masters we lost in 2012: Dave Brubeck, Von Freeman, and John Levy. With Carter and Cobb, 2001 Master Randy offered his famous "Hi-Fly," which I must have heard him do dozens of times, but never better than here. Donaldson offered "Blues Walk," with splendid assistance from the trio, while Sheila, who looked just great, offered her inimitable, autobiographical "Sheila's Blues," always a pleasure.

I had been seated at lunch with Mose Allison and his wife and daughter, among others. It had been a long time since I'd last seen Mose, and I noted that he had aged and seemed a bit distant. That evening, after a warm introduction by George Wein, Mose said not much more than thanks. He then, somewhat tentatively, accompanied his sweet-voiced daughter's singing of his "Was," a nostalgic waltz. It was a touching moment.

In stark contrast, another pianist, Eddie Palmieri, was not short on words or notes as he introduced and performed his "Iradia." The music ended with a heated version of "All Blues," on which Dave Liebman, on soprano, and Paquito D'Rivera, on clarinet, joined the house trio. It was quite a night, to which the presence of widows Annette Barretto, Hilma Carter, Diana Flanagan, Maxine Gordon, Billie Allen Henderson, Sandra Jackson, and Joanne Robinson Hill added a special historical and personal dimension.

All in all, the National Endowment for the Arts, personified for jazz by Wayne Brown and Katja Von Schuttenbach, is a class act. Thank you, Lyndon B, and long may it live!

Discovering Discover and Doing a Double-Header

Sonny Brings the Presents to His Own 80th Birthday

A Hot Night in the Old Town