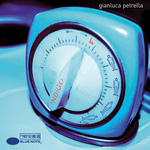 Trombonist Gianluca Petrella's got impeccable credentials, having played with heavyweights like Carla Bley, Steve Swallow, Greg Osby, Flavio Boltro and Enrico Rava. His often electronically enhanced trombone sound is unique to the point of making him immediately recognizable. To his credit, he's interested in moving jazz forward by incorporating modern elements into a European jazz context with an emphasis on melodic, emotionally physical communication.

Indigo4 is a quartet set featuring Petrella, tenor man/clarinetist Francesco Bearzatti, drummer Fabio Accardi and bassist Paolino Della Porta. This collection mingles Petrella originals with treatments of Duke Ellington, Thelonious Monk and Tony Williams songs and is very much a studio creation in which Petrella doctors live performances with electronic cutups, drum loops and samples. There's a rich depth of sound that's both thickly realistic (as evidenced throughout by bassist Della Porta's thick, meaty bass and audible exhalations) and dreamily artificial (as heard in the swimming laptop effects that saturate "Two in a Hole ).

So Indigo4 is ambitious. It's modern. It's also pretty bad. At its worst ("Trinkle Tinkle ) it's downright abrasive; at its best ("Sacred Whale ) it's compositionally half-baked and harmonically dull—music seemingly designed for designer-cocktail clubs and fatuous boutiques.

Petrella's take on Monk's "Trinkle Tinkle starts the CD off in the worst way possible—a monotonous two-note sample of the composer's own recorded piano is inserted into a rhythmically plodding soundscape in which Bearzatti's tenor and Petrella's trombone reduce the composition to a static repetition of the head that's only enlivened by sharp electronic chop-ups of the performance. It's not that it's blasphemous to drag Monk into the proceedings—it's just annoying and, if anything, outdated: strictly 1988.

"Lazy Moon, a mostly-live group performance (echo-laden electronic percussion ping-pongs occasionally around the stereo field) is marginally better, but it's deathly dull—trombone and tenor play smoky, bluesy nothings over an unvarying Accardi groove pattern. While the leader's spooky, repeated-loop lines over Della Porta's fat bass do produce a certain hypnosis on the part of the listener, the piece goes on for seven very noticeable, watch-checking minutes.

But there's not enough of the stuff that pours out of "There Comes a Time, and a listener sitting through Indigo4 is reminded of the grandson's classic line from Rob Reiner's film The Princess Bride: "when's it get good? Electronics are great for jazz, and there are plenty of musicians using them imaginatively, but that's not happening here.