Incendio: The Fire Within 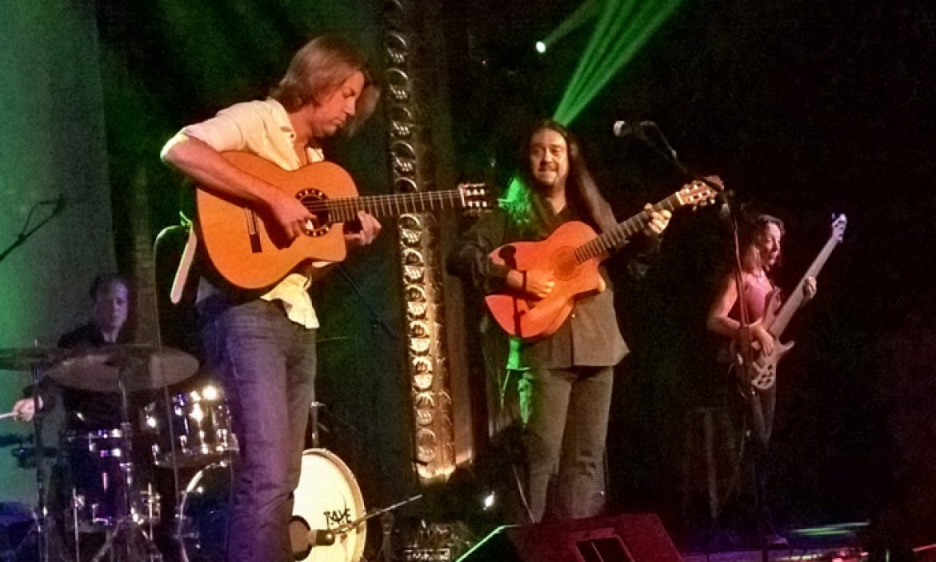 By JIM WORSLEY
April 15, 2018
Sign in to view read count
If sophisticated, richly dense, multi-layered instrumental music is your thing, then you may already be a fan of the critically acclaimed band Incendio.

Co-founded in 2000 by guitarist Jim Stubblefield, bassist Liza Carbe, and guitarist JP Durand, Incendio boldly blends a plethora of genres. Jazz, flamenco, rock, Latin, Spanish, world, classical, pop, Middle-Eastern, and Celtic, are amongst the lively mix. The Los Angeles-area based band boasts an energy and passion that suits their vivid genre exploration. It could accurately be described as a global musical experience.

Recently, Durand was kind enough to take the time to talk about their music, influences, process, songwriting, live performances, and much more.

All About Jazz: Perhaps we could start, JP, with the band's musical influences to get a feel and paint a picture.

JP Durand: When we first started, there was an umbrella of nouveau flamenco. That sound was started by Ottmar Liebert. I don't hear anybody use that term anymore. It was more of a retail market terminology. The precedence for our music was Friday Nights in San Francisco featuring Al Di Meola, John McLaughlin, and Paco De Lucia. Strunz & Farah music from the 1980's was also an influence. We took ideas from Spanish and Latin guitar influences, but we all grew up with rock and punk and progressive music. So, rather than stay within the formal strictures of which would be generally "Spanish" sounding, I would say we pushed the boundaries from pretty early on. We didn't necessarily think of ourselves as genre pushing. It was more about doing something that we hadn't heard before. We tried that, and it ended up being something unique in the market. It is equal parts Steely Dan jazz in the sound craft, and Led Zeppelin in the force and finesse of the arrangements. All of these were brought to bear pretty heavily I would say.

JPD: It means fire in Spanish, Portuguese, and Italian. All different types of fire. One of these is arson. So let me just say for the record that none of us have ever set fire to any public or private building.

JPD: Never say never(laughing). It's important to have that mindset. Thank you for pointing that out.

AAJ: I'm here to help. So how did all this come together?

JPD: Jim Stubblefield has been playing some version of this music since the mid 90's. He comes from a lot of metal and neo-classical music. Randy Rhoads was a big influence. Those kinds of musicians have a very specific approach. Whereas my approach is from the blues and Liza's is from classical guitarists. Jim was performing as the Jim Stubblefield Group and had an album called Cities of Gold. Then he released Rhythm of the Heart. When he needed a bassist, Liza joined the band. I came out just to see what was going on. I started joining in on acoustic guitar and one thing led to another. Jim asked us to produce his next album. He had a few songs written but needed more. So, he asked us to contribute material. That's how Incendio got started. Now we have ten releases and are working on a new one that should be out by late summer.

AAJ: What music did you listen to that made an impression when you were growing up?

JPD: Well for Jim it was The Beatles, then the precise picking of Di Meola, and later Rush. Liza was playing guitar at a very early age and studied classical and folk. She is the most formally trained musician in the group. She is really into Joni Mitchell and the 16th century work of John Dowland. For me, I always had a good ear. My impressions were from Tom Jones, Kiss, and Jimi Hendrix. The voice and intonation of Jones was always spectacular. He interpreted American R&B the same way Jeff Beck, Jimmy Page, and Eric Clapton interpreted American rock' n' roll. I heard Hendrix when I was in the 7th grade, and thought, "Now that's the way a guitar should sound." That really made sense.

AAJ: As you stated, you have indeed carved out a very unique niche in the market.

JPD: When you choose a lane, which is an important thing to do in music, or business, or anything, it can be kind of narrow. And you know you are going to be judged off of that. The marketplace is either going to accept you or not. I think we knew we weren't gong to be everyone's cup of tea in that we were mixing so much stuff. But, we put our own stamp on it and people seemed to enjoy what we were doing. That is about the arc of the band and owning our own destiny. Then we just kept hammering. The first album was recorded in 2000. We've finessed it from there and tried to improve the sound quality striving for the pure sonic goodness of Steely Dan.

AAJ: Pure sonic goodness. I like that way of saying it. Your song structure seems to have a variable to it that sets it apart from most other instrumental music.

JPD: Yes. One of the underlying secrets is that we are, in a sense, pop songwriters. It is a different way of looking at it for sure. But we are writing traditional song structures with three statements of melody and a bridge, but without lyrics. The key without lyrics is to have a very memorable melody. It needs to be played very melodically. Jazz puts an emphasis on fading the melody and improvising around it. Flamenco kind of emphasizes technique and soul and energy and passion. It's more riff oriented than it is melody oriented. Another way to explain it is in regard to Jaco Pastorius. Are you familiar with his work?

JPD: Well we are all huge fans of his music. He was a phenomenon with amazing technique. He learned to play the way he did by listening to Frank Sinatra, Ella Fitzgerald, and Sarah Vaughan. He understood the importance of melody. So, we are a formation of songwriters that isn't typical of most guitar players.

AAJ: Your records are very enjoyable, but your live shows are really moving and powerful.

JPD: Thanks for that. On record you want your stuff to be beautifully placed with clear melodies. Live you really do want it to be super explosive and are willing to sacrifice a little finesse in order to be a bit more muscular. That's a page straight out of the Led Zeppelin book. Many of their songs were so dense musically. With four guys how do you replicate that live? Well, you peel back some of the multi-layered guitars and reapproach by bludgeoning people and playing as hard as you can. Conversely, the interesting thing is that the songs of ours that tend to do best on the charts or as downloads are the ballads. People want to have that feeling of romance, nostalgia, and melancholy. Those are the slower songs. Live you want to play some of those but not too many. You don't want the crowd to get morose or overly reflective. You have to be way more muscular. On the records, we are trying to represent both of these. Keep a balance and not be too forceful. We share shades of light and shades of dark and have averaged 140-150 live shows annually for several years now.

AAJ: I understand that you have a community outreach program.

JPD: It is a component and feature of many of the concert circuits we play on. It is something that we really like to do. The guitar is actually an easy instrument to play for people. We play for a group of children or at a high school of even adult education. What we like to tell young people is that it is not just music. Any kind of art is your passport to the world. If you're a musician, guitarist, violinist, or whatever, an instrument is a great way to cross cultural barriers. Anyone can relate to a guitar or any of these instruments. So if you are a writer, a poet, a dancer, or whatever you can use any of these things to become a citizen of the world. That's what we try to emphasize.

AAJ: You must find it rewarding.

JPD: Yes, it's been eighteen years, so we have people tell us that their kid heard us when they were eleven or twelve and now they are a monstrous guitarist or monstrous pianist. That our music and message helped them to decide to pursue their interest and passion for drawing or illustrating. Its pretty cool to be able to do that.

AAJ: In closing, could you take a moment to talk about the other fine musicians in your band.?

JPD: Absolutely. Our current drummer is Tim Curle. He is fantastic. He teaches at the LA College of Music in Pasadena. Tim played on tour all over the world for ten years with Josh Groban. He has an incredible foundation to his work and his groove. He brings a lot of discipline to the band and makes us better. Nicole Falzone is an explosive drummer and has been part of Incendio for many years. I need to mention our original drummer, Joe Shotwell. Joe brought some beautiful playing to our first four records. He was very much a part of our early success. It left a void when he and his wife moved to Napa. It was a necessary and right move for Joe, but it put us into a spin of soul searching as we tried to find the new direction for the band. It took awhile, but we all grew and so did the music. The great violinist, Joe Craven, has enriched the band with his playing. Aubrey Richmond is another fine violinist that has played, and will continue to play with us when she is available. We have many percussionists, keyboardists, and other musicians and friends that have added, and will continue to add a lot of richness to the band on record and in live performances. Another strong contributor is Novi Novog. Among her credits, the violist played on the The Doobie Brothers classic "Black Water," and on "Raspberry Beret" by Prince. Incendio is very much a family of artists who enjoy playing together. 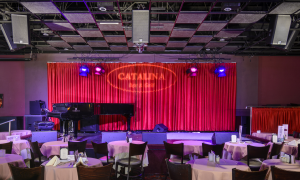 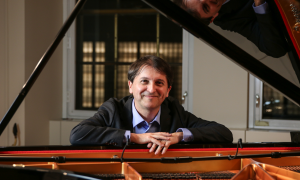 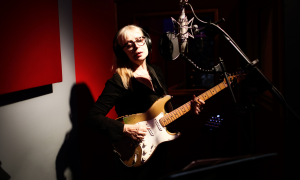