Orange: In the Midst of Chaos

By CLIFFORD ALLEN
July 3, 2008
Sign in to view read count 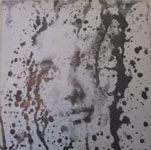 Jazz and improvised music have long held a certain appeal for fans of underground and outside art. Those who cut their teeth on the Fugs and protest music of the '60s found similar yelps offered among the jewels of the ESP-Disk catalog, and post-riot French students found solidarity (if briefly) with the Art Ensemble of Chicago. The do-it-yourself aesthetic of creative music is an easy thing to latch onto for followers of punk music and aesthetics, from privately pressed LPs and CDRs to concerts held in lofts and basements. Though punk is not always "protest" music in lyric form, the idea of the music as a self-reliance project is itself a statement filled with raw emotion and power, despite the fact that corporate-art society would have little to do with such grit.

Minneapolis' De Stijl Records has over the past decade been home to a coterie of original and reissued vinyl and CDs from the (mostly) American music underground. The label sees its first steps toward "jazz" in the CD reissue of In the Midst of Chaos, the sole LP by Connecticut free-form guerillas, Orange. First issued in a small run of 200 copies in 1978, it is a document of sub-underground improvised music that few people have heard until now, let alone seen. In the Midst of Chaos is also notable as the first recorded example of saxophonist Paul Flaherty's work; he's joined by guitarist Barry Greika, bassist Bob Laramie and drummer Glen "Hobbit" Peterson on eleven collective improvisations. For three tracks the core are joined by Paul's cousins Dan and Dave Flaherty on additional percussion instruments—apparently the one Orange session they attended.

For the most part, Orange has little to do with free jazz, although the opening fragment, "Golden Falcons," might tease one's thoughts in the direction of Ornette Coleman (Greika doubles here on trumpet) by way of blood-curdling shred a la Charles Tyler. Peterson's ride cymbal is infectious and Greika's muted brass follows the lineage of a bent bebopper. Two minutes in, such preconceptions are shattered as Greika switches to fife and the improvisation opens up into plucked electric bass harmonics and liquid alto before fading out. Greika's guitar playing is scumbled lightning, pelting obsessive runs in tonalities of hollow electricity, a twisted flurry of in-between notes to match Flaherty's wide vibrato as Hobbit and Laramie stoke a roiling stew underneath.

There's a staggering unity in complete disunity, and that's part of Orange's charm and power. A lickety-split free-bop pulse imbues Hobbit's Ed Blackwell/Denis Charles-influenced drumming as Greika's santur-like runs fill every leftover space with tart shards. Laramie seems in a different, slower and more allover sound world and Flaherty's energy is, at this point, given up towards a post-Coltrane muse. Most of the improvisations are brief windows on group interaction with no definable beginning or end (beyond the fade-in and fade- out), sometimes wrapped in the reverb and echo of a dub chamber. In the Midst of Chaos is delightfully cluttered and defines its own aesthetic center. More than quaint local charm, Orange are like nothing you've ever heard.

Golden Falcons; Om Shanti; The Liquid Nature Of; And Then She Appeared in the Midst of Chaos; Peace; Release From; Sad Joy; Broccoli; The Jamel Voice; Sunset Beyond the Safety; Subway Over the Rainbow.