Shining: In the Kingdom of Kitsch You Will Be a Monster 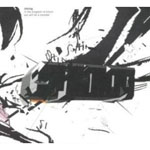 In a radical departure from their previous jazzier albums, Norwegian's Shining have headed for progressive or art rock territory. While the press release talks about "bridging the gap between classic King Crimson and ECM lyricism," there are far more influences at play, including Rock In Opposition bands like Henry Cow and more ambient noise groups like Supersilent. The result, In the Kingdom of Kitsch You Will Be a Monster, is an extraordinarily challenging record. While there are elements of groups like King Crimson to be found—most notably in the nuevo metal of "Gortex Weather Report"—the record is so extreme, so outside, that it would likely send most King Crimson fans running for the hills.

One has to almost wonder at the mind of Shining's ostensible leader, Jørgen Munkeby. A staggering multi-instrumentalist who plays saxophones, flutes, clarinet, guitar, bass, keyboards and more, Munkeby is responsible for all 10 compositions, which incorporate so many different elements that specific labels are meaningless. There's precious little in the way of straightforward thematic or rhythmic constructs, and there's a distinct edge, even as Shining cover everything from the spacious musings of "You Can Try the Best You Can" to the saxophone and percussion-driven assault of "REDRUM."

That's not to say the group can't be understated and lyrical. "Where Death Comes to Cry" is, indeed, chamber-like, which is likely where the reference to ECM comes from. "Romani" starts with a melodic clarinet improvisation, building into a repeated theme that becomes more abstruse with every passing second. And the harder-edged "Aleister Explains Everything" revolves around a convoluted conceit that is clear at the first, but ultimately takes a back set to more extreme textures.

While many art rock bands—because surely this is the closest thing to a label that can be applied here—lean towards endless soloing and aimless long-form composition, Shining's ten pieces clock in at a mere 39 minutes, making them concise miniatures that may evoke a variety of emotional responses, but which never overstay their welcome.

Goretex Weather Report; REDRUM; Romani; Perdurabo; Aleister Explains Everything; 31=300=20 (It is by Will Alone I Set My Mind in Motion); Where Death Comes to Cry; The Smoking Dog; Magazine RWRK; You Can Try the Best You Can

Title: In the Kingdom of Kitsch You Will Be a Monster | Year Released: 2005 | Record Label: Rune Grammofon