Home » Jazz Articles » In Memoriam: A Song for Boris Neisser 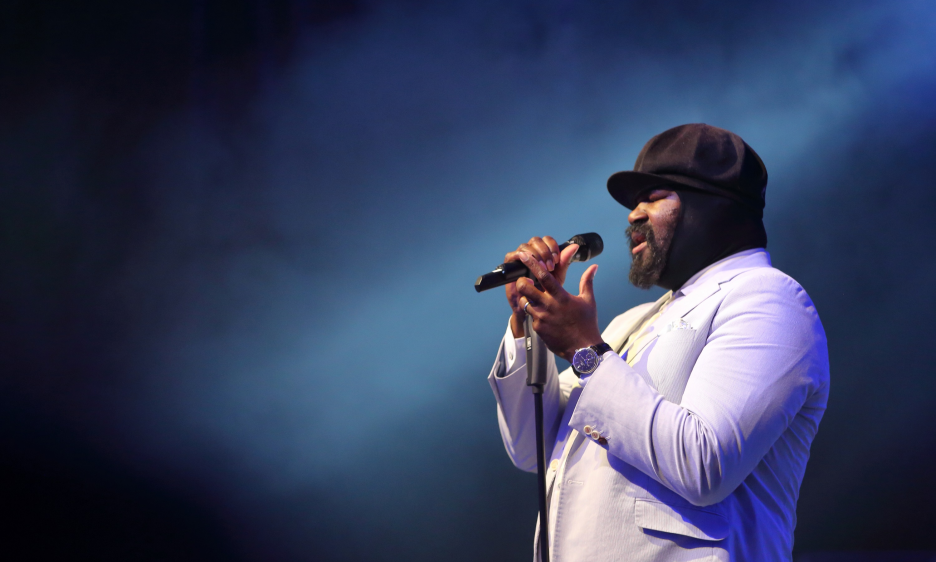 By Phillip Woolever
June 4, 2022
Sign in to view read count

I’m glad that jazz takes so many forms. Musical classification is often secondary. What really matters is if it makes people happy.
&#151Boris Neisser

It was over a decade ago when I first encountered jovial Boris Neisser, the late administrative sparkplug of Dusseldorf's schauinsland-reisen Jazz Rally. He was flat on his back on a nicely carpeted opera house floor, grinning up at ornate ceiling chandeliers after a late night Sunday concert by Jan Akkerman and a competent Russian group called Jazzprom. Akkerman was in superb shredding form that night, while his makeshift backing band rose to the occasion to provide a blazing midnight finish and perfect finale to what was one of the festival's top overall programs in a then 17-year history.

This year's 28th edition marks the first Jazz Rally since the 56-year old Neisser's death in August 2021. His absence will be felt by the team at Destination Dusseldorf, a business, tourism, and cultural agency that coordinates the Rally among other large-scale events. Neisser became involved with the festival in 2001 and was recognized as a driving force behind its growth and success. He was also one of those unique characters whose personality provides an event with recognizable identity, and while his persona was relatively conventional, there was definitely an aura about him at concert time. Fans adopted him as an ambassador, and many in the community specifically made contact with him.

Destination Dusseldorf also promotes a French culture festival, and in 2005 Neisser's related efforts earned him the National Order of Merit for advancing relations between Germany and Le Republique. Boris typically interacted with so many people and got around various festival locations so well that it took a few observations for me to realize he had a serious visual impairment. Though staff members escorted him from venue to venue, he was not the type to demand or require elaborate special attention. He often remembered my voice or subjects we'd discussed, some going back more than a few years. After I got to know him better I helped him get around a bit; there were times I had to quicken my pace to keep up with his understanding of where he was headed, even as he held on to my arm. Music appeared to guide him.

Groups like Al McKay's Earth Wind and Fire Experience or Sister Sledge seemed like Boris's preference. I suggested that since many of the most popular bands over the years were similar old-school North American acts, he should expand the festival's name to include "Jazz and Funk." He maintained diplomatic neutrality regarding favorites and acted like his opinion had no more validity than any fan's.

He was one of the very first people I met upon arrival to the Rhineland that dispelled the stereotype of rigid German demeanor, with an offbeat sense of casual humor. Sometimes he'd ask my opinion on a band that had played that weekend or might be booked in the future, and he had a solid awareness of current musical genres. If I mentioned a progressive or experimental act he was unfamiliar with, he would usually offer his impressions the next time we talked.

Many times during such discussions I heard a variation of a statement that summarized Boris's philosophy: I'm glad that jazz takes so many forms. Musical classification is often secondary, what really matters is if it makes people happy. The Jazz Rally is a group effort involving many people, but alongside a board of directors including Klaus Doldinger Boris was recognized for contributing to the festival's direction. Whether it was booking an international headliner in a central venue before hundreds of people or supporting a local band on the sidewalk outside a pub, Neisser's work made a lot of people noticeably happy.

While there is generally consistent variety in the programs, perhaps the Rally's scheduling sensibilities were best illustrated by how attendees could go directly from an open-air Bourbon Street revue to a basement barrage featuring Moon Hootch, or stroll from an improvised alt-country set by Tucson's French chanteuse m: Marianne Dissard at a small art gallery bar to a rowdier-than-usual Gregory Porter show in a massive riverfront tent.

Just like the aforementioned Akkerman set, well-received shows like Porter's, Doldinger's Passport, or Candy Dulfer's made it clear how much a beaming Boris derived from an audience's bliss. Crowd reaction was always paramount. As a particular favorite of both Neisser and the local audience, Boris considered Porter's 2017 appearance, which included scintillating acid-funk jams by an amazing backup band, one of the festival's all time highlights.

"Boris Neisser made working for the city his life's work and was inspired to use all his energy for our business association, its members, and our events. With him gone, we are losing our heart and engine," said Otto Lindner, CEO of Destination Düsseldorf and another force in the Jazz Rally brain trust. "We would like to thank him immensely for his successful commitment. We mourn the loss of a wonderful friend and companion who shaped our business association with his extraordinary personality. Our heartfelt condolences to his family."

"The much-too-early death of Boris was a heavy blow for all of us and has left a big gap," added public relations all-star Bettina Schönherr, a business associate who went with Neisser to many shows over the years and summed up his colleagues' emotions. "With his extraordinary personality, he left his mark on the Rally and also on our other events. Indeed, he was animated by his commitment to the Festival and Düsseldorf. Although he had been almost blind for many years, it didn't dampen his energy. On the contrary, it sharpened his other senses. We were simply a well-rehearsed team, always at his side, who accompanied him on all his professional paths and relevant processes. The Rally comeback this year after such a long break would certainly have made him very happy. Boris, you are missed! We will greet you with a saxophone solo from the heart of the festival."

Boris repeatedly voiced his desire to keep the majority of Rally performers at least somewhat jazz-based, with plenty of horns, soul and swing. He'd be glad that format remains strong, and that the Rally is still one of the most distinctively jazz-infused large festivals around Germany.

It appeared Boris was always looking beyond, with an optimistic smile, just like the first time I saw him on the opera house carpet. As I'd watched from the sidelines, others in his formally dressed group happily got right down there with him. It seemed like he could hear the eternal funk, not so far off in some beckoning distance; and maybe they felt if they joined Boris they'd hear it too. I never did ask him why he was on the floor. 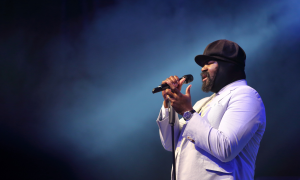 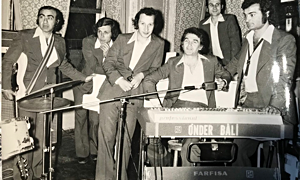 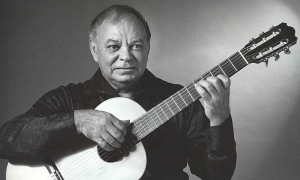