"Our lives begin to end the day we become silent about things that matter.

You're relaxing at home after a hard day's work listening to your favorite jazz station. The deejay announces John Coltrane's "Acknowledgement." You must have heard it a thousand times, but a smile crosses your lips as you anticipate the pulsating gong introducing Trane's majestic cry. But something's gone wrong. The laser has somehow found the middle of the piece and Trane's familiar chant of "A Love Supreme is the first thing you hear. Trane's voice is oddly thickened and after chanting the line twice, it becomes clear to you that the CD is defective as "A Love Sup... A Love Sup... A Love Sup... repeats itself over and over. Your expectation of when the engineer is going to realize that a defective CD is the culprit begins to wane when you hear the "tsik-tsik-pah of a drum machine instead of Elvin's graceful drum-song. Garrison's hypnotic ostinato has been replaced by some cornball Bootsy imitation. Underneath it all, the plaintive theme is a wordless "La-la-la, la-la-la, la-la-la-la-la-la-la-la-la-la-la by one of those endless 3-female groups.

A ridiculous notion? Not if the knuckleheads at Impulse/Verve continue on their cynical, disrespectful and hypocritical path.

If A Love Supreme isn't your personal ideal, transfer the same distortion to Duke's Tone Parallel to Harlem, Bird's Koko, Pops' Hot Fives and Sevens, Hawk's Body and Soul, Miles' Kind of Blue or whatever other immortal masterpieces hold that treasured place in the deepest part of your souls. For those of you who may harbor George Russell, Charles Mingus, Betty Carter, Billie Holiday, Sarah Vaughan and many others in that spot, this twisted scenario is already a despicable reality.

At a time when madmen on both sides of their self-imposed battle lines destroy the lives of innocents in the name of their respective gods; and insatiable greed sucks the future out of 95% of the world, I've personally found it difficult these days to feel intense anger over the consistently reprehensible practices of the music business. But I must grudgingly give credit to the assortment of weasels, phonies, cynics and misguided fools involved in these remix travesties for being able to so successfully rankle my ass.

There's long been a reasonable notion that calling any attention, negative or positive, to something you may feel is contemptible only increases its power. So, it's with a certain amount of that concern that I write this about the dreadful Verve Unmixed/Remixed Series and its ugly twin at Impulse called Impulsive!. But there are three reasons why it's essential to write this piece.

First—the music business has always been able to deprive its artists of money, credit, opportunity, visibility, hope and spirit, but it's never been able to steal the integrity of an artist unwilling to sacrifice it. Until now. This hits particularly at my heart as my longtime mentor, friend and client, legendary composer/theoretician/visionary George Russell is one of the victims. At a time when his glorious 2-CD set The 80th Birthday Concert has just been released, a distortion of "A Helluva Town," part of his historic "New York, New York" suite is in direct competition. (We'll go into the hypocrisy about Verve/Impulse's justification for all of this as a desire to promote these artists' original music a little later.)

This is a man whose personal integrity and unflinching commitment to his singular vision has made him artistic royalty in other countries, but a terrifying and intimidating presence in his own. When Lincoln Center opened discussions to feature him around his 80th birthday, I presented to him all of the valid reasons why it could be economically and promotionally valuable. (Hey, that's my job.) His response was "to perform at Lincoln Center would be a validation of what it represents; and would violate everything I've stood for throughout my life.

That folks, is called integrity, whether you agree with him or don't. Nobody has the right to violate that—especially some label which is still thriving only due to the 40 year-old legacy of another man of absolute integrity, John Coltrane. Even Coltrane's integrity is distorted in this CD package as his name is bandied about shamelessly in Ashley Kahn's liner notes, pathetically attempting to justify these violations as in some manner honoring Trane's own pursuit of discovery and evolution.

Let's also make one thing eminently clear. This is not a diatribe against hip-hop, or a "mouldy fig riff against "these damn kids and their newfangled music. If Chuck D, Talib Kweli, Nas, Outkast or any number of other fine artists wanted to do their own versions of George's composition, or sample the originals in their own endeavors, that would be just fine. And whether I—or George, for that matter—liked it would be entirely irrelevant. The issue here is about distorting an original work of art and trying to connect it to that artist's own legacy.

The second reason for this piece is to remind every single artist who has ever recorded for a major label at any time (and their dedicated representatives) that they too are potential victims of this type of artistic violation.

But the third reason is the most disturbing, and that is the indifference and lack of understanding that many seem to have as to why so many of us are outraged at these new releases. Not surprisingly, it seems to be a generational gap. I guess it should be no surprise that this attitude exists among those who have entered their own age of "reason in the post-80s environment, where money is the center of all existence, and integrity is as devalued as Confederate currency in all walks of life—politics, religion, the Arts, etc. Virtually every conversation that I've had with anybody of that age begins with the question "Are they getting paid? As if that provides the only necessary justification.

Personally, I have no problem with prostitution. If somebody wants to offer the use of an orifice for an hour in exchange for a couple of hundred dollars, that's an issue between the renter and the rentee. But if you drag someone unwillingly into the bushes and drop a couple of Ben Franklins on her violated body when you finish your assault, that doesn't justify the deed.

I've directly spoken about this situation with more than 40 individuals in the 18-25 age bracket (including a music business class as guest lecturer at the University of Arizona). Invariably, they did not see a problem at the outset. By the end of each interaction, every single one of them changed their minds about it. Let me present some of the arguments that affected their views. Most of these are based on the company's dubious claims that these remixes will bring new audiences to the original artists.

If Martin Scorsese was invited to create a nude love scene between Angelina Jolie and Brad Pitt to plop down in the middle of Orson Welles' Citizen Kane in order to bring in younger audiences, would that be valid? (Not that Scorsese would ever consider doing so.) How about having the Devil and the Knight in Bergman's Seventh Seal replace their chess match with a Kung Fu fight to bring in martial arts fans? Or maybe a Star Wars-type laser battle between Hal the computer and Dave the astronaut in 2001? A boob job and cleavage on the Mona Lisa? A little extra marble in an appropriate place on The Pieta to attract the "size-queens?

The label dittoheads and some other folks have said that the original versions are still intact and available right alongside the remixes. So what's the problem? Okay, let's say that I become the Arts Editor for The New York Times Magazine Section. I'm overseeing an article on the record business and I decide to put a big photograph of one of Impulse's A&R people on the cover. But I feel that this individual would look much more interesting with a gigantic pimple in the middle of her nose and a big hairy mole on her forehead. So that's what we print. Think she'd be pissed? I mean, the original version is still intact, so what's the problem?

According to a top publicist at Verve, a major marketing guy and an attorney at Impulse (verbally and by personal interaction in e-mails), the supposed intention here is to use these remixes to bring new audiences to the original artists. As if the original music can't stand on its own without providing new listeners with aural "training wheels. Furthermore, do we really need a new audience for Mingus that won't be able to directly relate to the rollicking jubilation of his original version of "IIBS"; or who need a samba rhythm to relate to the profound beauty of Billie's "Speak Low"? As I told all of these folks, there is a valid and viable way of exposing these immortal artists to a new audience. It's called promotion.

Another question that comes to mind is: if they are so interested in exposing the original music to a new audience, how come the names of the original albums from which the remixes have been assembled are nowhere to be found on the packaging for Impulsive!? And why haven't any of the living artists been contacted (to the date of this writing) and notified of the release of the remixes or the collection of originals? For those who say "Well what can you expect from the music business? I'm reminded of those who said the same things about politics when the right wing-nuts stole our government some five years ago.

The bottom line here on both counts is simply all about money. No more, no less. Everything else is just hypocrisy. At best, we have misguided stupidity and ignorant disrespect. At worst, we have the vicious compulsiveness that is so often practiced by record executives and professionals to punish those who can do what they can't; to distort those who stand up for what they are incapable; to hurt those who can look into their mirrors and their souls with pride and satisfaction, when all they can do is try to convince themselves and the folks they answer to that they somehow deserve their bloated paychecks.

So at this crossroads of spite, contempt, cluelessness, arrogance, greed and misguided self-delusion sits a brothel where various whores of assorted specialties can ply their trades.

It's A Helluva Town.

Peace and A Love Supreme (the original version),

Discuss Impulsive-Compulsive-Repulsive on the AAJ Bulletin Board. 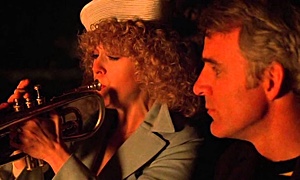 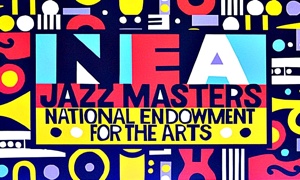 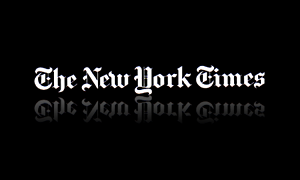