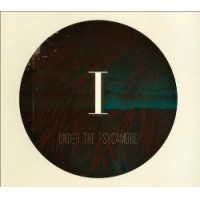 One of the more satisfying and alluring progressive rock releases of 2012 is presented by the Swedish duo of Jonathan Greiff and Carl Blomqvist with cellist Tora Greiff Bergstrom. They must have been doing something right to garner the attention of album producer; revered Warr guitarist, composer and stylist Trey Gunn (King Crimson, Invisible Rays).

The duo links a heterogeneous synthesis of dreamy soundscapes, classical, folk, psychedelia, progressive metal and stinging rock voicings into the mix, nicely contrasted by harmonious background vocals and dreamy soundscapes. More importantly, it's the quality of the artists' compositions that beckon repeated listens. The duo obviously overlays instruments on most tracks, as it concocts a multileveled flow, set forth by alternating song-form designs and mechanics while alternating the pitch and intensity.

Greiff is a guitarist who injects a colorific tone into the grand schema, by infusing delicate acoustic phrasings with seething electric crunch chords and touches of psycho- rock. And Blomqvist's bass and drumming is synergetic, largely because he performs on both instruments.

On "Celestial," the musicians render ethereal vocals atop an appealing tone poem, shaded with a '60s rock vibe, and raise the bar with soaring technical aplomb. But on most of these works, they throttle between hardcore prog rock stylizations, and odd- metered, bone-rattling cadences. Therefore, the duo consistently morphs the loud volume rock component with tuneful melodies, supple vocals, and space rock treatments into a unified approach that bears a signature sound. It's an articulately executed and multicolored portraiture that follows a concept album design format. Although Under the Psycamore makes it seem effortless, its diligence and hard work putting this gem together bears the recipe for success.