By ROBERT MIDDLETON
May 1, 1999
Sign in to view read count 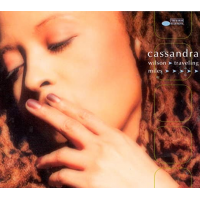 Although there have been some great Miles tribute albums over the past few years, from the exquisite So Near, So Far by Joe Henderson to the incendiary Yo Miles by Henry Kaiser and Wadada Leo Smith, these two loving vocal tributes are in a class by themselves. And if you're not a big fan of vocal jazz (like myself) these two albums could just change your mind forever.

Shirley Horn, an old friend of Miles, takes the more conventional path with three songs from Porgy and Bess and another three from Seven Steps to Heaven (songs which, by the way, she inspired Miles to record on that album!). But conventional doesn't mean cliche´d by any means. Her spare instrumentation—Horn on Piano, Charles Ables on bass and Steve Williams on drums is traded with Miles alumni Ron Carter on Bass and Al Foster on drums. Roy Hargrove contributes his mellowest trumpet and flugelhorn on four tracks. What comes across on this album more than anything is a deep affection for Miles and his music. It's bluesy, languid, warm and sweet from the first bar to the last. The only departure from this formula is "My Man's Gone Now" with the funk bass and drum lines from the We Want Miles album from 1981. With two bassists and two drummers as well as Hargrove's trumpet, it's the album's masterpiece and a fitting tribute to one of the greatest musicians of the 20th century. Listen to it with someone you love.

Traveling Miles by Cassandra Wilson treads quite a different path. And while Horn's album is very good indeed, Wilson's is close to genius. Instead of picking Miles' standards she goes for more obscure material such as "Miles Runs the Voodoo Down," "ESP," "Seven Steps to Heaven" and "Tutu" -with her own penned lyrics. On the ballads, "Time after Time" and "Someday My Prince Will come" she doesn't imitate past versions but invents her own unique expression. The instrumentation is not conventional either. Trumpet (coronet, actually) is only featured on two tracks. The guitar work of Marvin Sewell and the bass of Lonnie Plaxico are prominent, with guest appearances by Stefon Harris on Vibes, Regina Carter on Violin, Pat Metheny on Guitar and Dave Holland on Bass. What is it that makes this album such a delight? Is it the velvety huskiness of Wilson's voice, the instrumentation, the quality of the sound, the incredible arrangements or simply the synergy of all elements that make this album an instant jazz classic? Yes! Wilson should be very very proud of such a solid accomplishment. But we the listeners are the the beneficiaries of her brilliance. Traveling with Miles and Wilson is a true joy.