Seval: i know you

By BRUCE LINDSAY
January 30, 2011
Sign in to view read count 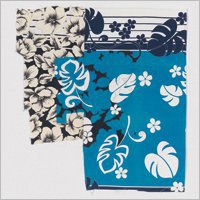 The concept of uniqueness is somewhat diminished in contemporary music journalism, where an artist can be labeled "unique," simply because he sports an amusing hairstyle or pair of trousers. Seval is splendidly unique, a one-off for all the best reasons. On its debut album, i know you, the band establishes itself with confidence and, of course, originality.

Seval is led by Swedish-born, Chicago-based cellist Fred Lonberg-Holm; an experienced player who leads the Valentine Trio and is a member of the Peter Brötzmann 10tet and Ken Vandermark's Vandermark 5. Seval's other members come from the Swedish improvisation scene, but the songs on i know you display a wide range of structures and styles, from the lyrical and folksy "Maybe It's Too Late" to the hints of samba on "I Won't Go" and the freer, fractured sound of "This House."

The instrumental lineup of the band is, in itself, unusual enough to give its sound freshness: when this is added to the players' at times idiosyncratic approach to their instruments, the result is definitely unusual. The presence of guitar, cello and double-bass results in many moments of fascinating and beautiful interplay between the three.

Guitarist David Stackenäs has the most consistently delicate touch, bassist Patric Thorman the more hard-edged and aggressive. Lonberg-Holm's cello takes control of the center-ground, his arco playing adding texture to the pizzicato work of Stackenäs and Thorman. The sole horn player—trumpeter Emil Strandberg—has a fragile, soft, tone that's ideally suited to the songs. His exchanges with singer Sofia Jernberg on the upbeat and accessible "I Won't Go" are delightful.

The real key to the unique sound of Seval is Ethiopian-born vocalist Jernberg. She has a quite extraordinary voice, fragile and frightening by turns. For much of the time Jernberg sounds as plaintive and delicate as Stina Nordenstam: in places, such as the mid-section of "Maybe It's Too Late," she resembles the oddly-engaging vibrato of Victoria Williams; elsewhere, it's as if an angry Diamanda Galas is trying to swallow the microphone. At the beginning of "This House," Jernberg sings a gentle, sweet lyric, but this soon melds into a wordless, tormented, wail—and when Jernberg returns to the narrative, her mood is darker and more resigned. She is a fascinating singer, whose emotional and vocal ranges are equally impressive.

i know you is a vinyl-only release (although each copy comes with a free MP3 download), and it's a great reason to get that old turntable out of storage. Seval is a band full of original ideas, and i know you is an album full of inventive, dark, cryptic and funny songs—altogether unique, and lovely.

i know you; Maybe It's Too Late; I Won't Go; I Went; 3 Note Song; This House; Just Don't Listen; Everybody Shows.