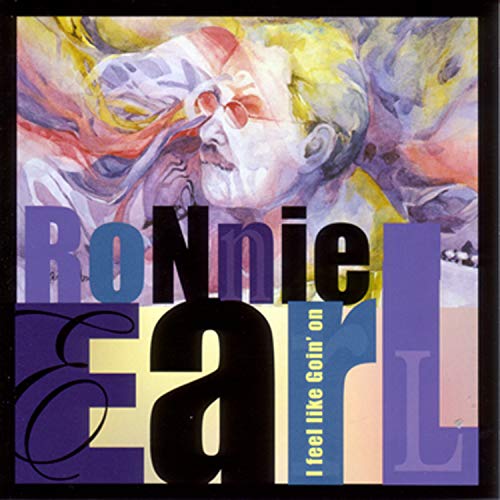 On his newly released album, I Feel Like Goin’ On, Ronnie Earl accomplishes an amazing feat: he says so much without singing a lyric. Earl’s new album is ninety percent instrumental and it's easy not to notice—Earl’s guitar speaks volumes and clearer than any lyric.

Earl does incorporate vocals on one track entitled “Mary Don’t You Weep,” but it isn’t Earl who sings. He brings in the heavenly vocals of the Silver Leaf Gospel Singers to put an exclamation point on the only vocal track on the album. Particularly enjoying is the banter that was left on between the choir and Earl after they finished the take... nothing short of classic!

I Feel Like Goin’ On puts another notch in Earl’s reputation of being a premiere blues guitarist of our time. What is particularly refreshing about Earl’s approach in this day of fitting as many notes into one bar as possible, is that for him the guitar serves the song and not the other way around. His approach is a spiritual and appropriate one.

Perhaps this album will set a trend in blues of that it isn’t always what you play that is important, it is what you do not play...the artist serves the song. This album serves as a template to that lost and delicate art.