By ANTHONY SHAW
September 19, 2014
Sign in to view read count 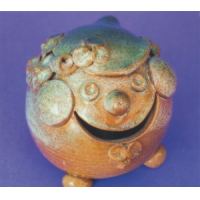 Tunto is a band providing what its Finnish name can be translated into -'a sense of feeling.' Although described disparagingly in one reviewer as veering towards New Age, this is music for a variety of moods. This is reflected in the song titles, on this their fourth to album to date, ranging from Stalking Music via Lice Picking Music to Sandcastle Music!

The compositions are also again all by the driving force of the combo (on this album reduced to a duo), the player of various strings and assorted other instruments, Matti Wallenius. Known principally as the guitarist in Finland's pioneer electro-jazz Rinneradio and Lapp singer Wimme Saari, he has been working with reedist Petri Heimonen for 10 years as Tunto, releasing at regular intervals highly textured and thoroughly recorded albums of a similar instrumental type, maybe categorizable as 'mood music.' This latest is the first without bassist and programmer Jyri Terämaa, and is recognisable as a lighter, more polyrhythmic product.

Handling electric bass himself, while Heimonen plays clarinets (incuding bass) and flutes, Wallenius has a roster of guests adding vocals, rhythms, double bass, yodelling and even 'man speaking Arabic.' As a whole, however, the album offers a range of sonorities dominated by the acoustic interplay between plucked strings and reeds. Some mercurial selections emerge from the list, like Giraffe Music, where the mix of complex rhythms and simple beats and melodies combine in an ever-evolving groove.

Not all tracks are as hypnotic, indeed some are deliberately humorous and light; try King Kong Music, which might even work as a soundtrack to the 1933 classic film. As a whole the album works as more than background music, creeping unrecognised to the foreground of consciousness especially when the various human voices are featured. Its Finnish title Huvi suggests that it is just 'amusement' or 'fun,' but there is definitely more to it than just that!