By MARK CORROTO
January 1, 2001
Sign in to view read count 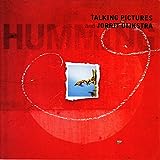 The more I listen to non-American creative jazz recordings, the more I learn just how much of the 1990’s version of the ‘New Wave’ was fueled by European improvisers. John Zorn’s freedom and musical games found its roots in England’s Company projects and Amsterdam music scene. Our fascination with all things Klezmer and Balkan are rooted in Eastern Europe. While we floundered in the aftermath of fusion and the rise in the almost fascist Wynton regimes, the free jazz torchbearers Peter Brotzmann, Misha Mengelberg, and Derek Bailey made sure the energy was never extinguished in Europe. Recently the rise of a Chicago sound re-ignites America’s AACM but I believe it was fueled by attention to Europeans like Germany’s Brotzmann, Sweden’s Mats Gustafsson, England’s Joe Harriott and Evan Parker, and The Netherlands Luc Houtkamp. And why not, this universal music contains growth possibilities that know no borders.

With this new expatriate status for creative jazz in mind, turning our attention to new artists and challenging systems is a must. Canada’s Talking Pictures created by guitarist Ron Samworth deals with modern music from a silent movie standpoint. Their unique instrumentation trumpet/cello/guitar/drums, augmented by electronics (but we’ll get to that later) has a theatrical feel, mixing jazz with classical influences. Add to this group, the Dutch saxophonist/electronic artist Jorrit Dijkstra who has worked with Ab Baars Trio, Instant Composers Pool, and Available Jelly. This collaboration melds live electronic processing, composed material, and improvisation.

The result is not music beyond category (as Duke Ellington like to say), but the foundations of new sounds that are difficult to categorize. The disc starts off simply enough with Dijkstra’s composition “Cure Belt” where looped sound plays against the melody he has created. Then there is the title track where Peggy Lee’s cello intro is sampled and looped but not processed beyond the simplicity of her performance. That comes later when, as admitted by the musicians, they are not really sure which sounds each has made on some point of the recording. The non-compose free sections sometimes beg for more information as electronic manipulation yields few hooks to tie the listener into the music. Yeah, when you’re charting new territory one cannot follow without a global positioning satellite.

Dijkstra’s saxophone work reminds me of the energy and form of John Zorn. The collaboration here with trumpeter Bill Clark begs for a Dave Douglas/Zorn/Masada comparison especially from the track “Plant.” And “Later” has references to Douglas’ solo work, but the wildcard here is the electronics, accenting, boosting, confusing my ears, and shuffling the deck. They work a game piece “Deaf Cat Lane,” that is mostly an orderly affair and mine electronic effects for their musical value as opposed to their novelty import.

Listening to the creative music of non-American jazz musicians today may hold the key to what your local band will be playing tomorrow.