By JEFF FITZGERALD, GENIUS
April 15, 2016
Sign in to view read count
After surviving a near-fatal marriage and returning once again to the Original Geniusdome, the site of some of my best work (remember that really funny thing I wrote about jazz that time?), I recently took some time to reflect upon my contributions to Our Music. As the Dean of American Jazz Humorists©®, I have long considered it my responsibility both to demystify some of the more esoteric aspects of jazz and to loosen the death grip of the zealot so that the music can breathe. And if by fulfilling these duties, I should somehow end up rich and famous, romantically linked to unspeakably hot actresses like Christina Hendricks and/or Scarlett Johansson and given a lifetime supply of beer by the Anheuser-Busch corporation for my work promoting the consumption of their product by tireless example, well, then, so be it.

But in the process of sifting through my collected works, a glaring oversight was pointed out to me by my parakeet/bodyguard Luca Brasi. "Yes, we get it, Wynton Marsalis has a very round head. But where in all this do you give JazzNoobs a lesson in how to listen to this sometimes daunting music?" he said, making a valid point for someone who spends a significant portion of his day chirping at his own reflection in a mirror.

Sure enough, in eight years of occupying my mantle here at AAJ, I had not once addressed the very basic issue that is probably most responsible for keeping people from making a more dedicated foray into the seemingly impenetrable depths of Our Music that lie beyond the safety and comfort of the familiar kind of jazz one hears on those 1970's TV shows where people in polyester bell-bottoms and crocheted sweater-vests are supposed to be hip.

To the uninitiated, jazz may seem either irrelevant or impenetrable. The soundtrack by which middle-aged men with ponytails drive their Volkswagen Passats to Whole Foods, a tuneless mishmash of meandering solos and jarring chords set atop a seemingly unrelated rhythm. Jazz comes off as inaccessible to the average Joe (not Joe Zawinul, obviously), like a 12-page wine list in one of those places where they call green beans "haricot verts" like they're better than you or something.

Yet, every day people from all walks of life find themselves exposed to some aspect of Our Music that makes them pause and think, "I like this, I wonder what kind of music it is?" When informed by a helpful passer-by that it is, in fact, jazz, most people go through the same five steps:

Denial. "That can't be jazz!"
Anger. "Jazz is for people with .edu e-mail addresses and too many cats, for crissakes!"
Bargaining. "Maybe it is kinda jazzy, but I wouldn't call it jazz."
Depression. "Me, listening to jazz? I might as well go buy some Birkenstocks and a Prius right now. And they'll never let me back in the Moose Lodge. All is lost."
Acceptance. "Maybe jazz is alright after all. Maybe I'll go buy me a whole jazz CD. And I might even try one of them mocha lattes they serve in places that sell jazz."

Upon admitting jazz to be a viable form of alternative listening, though, there is still the issue of how to make sense of the torrent of new sounds and advanced musical concepts. Unlike most forms of music, jazz is primarily active listening. That is, it requires participation from the listener, rather than lying passively in the background like the inoffensive music they play in grocery stores to make you shop slower and not steal anything. The problem is, most people lack active listening skills because most of the music we hear today requires nothing more than the ability to tolerate endless repetition of simple bass-heavy rhythms and frequent use of the word "booty."

Active listening is the difference between a fast-food burrito and a burrito from a little hole-in-the-wall joint where someone's abuelita is in the back making the tortillas. The fast food burrito is hot, fast, relatively tasty, and readily available. It is also bland, predictable, and safe. You don't run the risk of tasting anything you can't identify.

With the added effort come knowledge and experience (and a couple of Tecates, and maybe some flan). Once you figure out that "al pastor" doesn't mean "made by a minister," and that cilantro is not that Western movie in which Elvis is supposed to have stolen a cannon from Mexican revolutionaries but it was actually the guy who played Mr. Edwards on Little House on the Prairie, you might find yourself looking for other things that set that burrito apart from its more familiar counterpart. Your senses are engaged, you're involved.

Applying that analogy to jazz, we'll start with the tortilla. The tortilla represents rhythm, because both hold everything together and both benefit from a liberal application of salsa. The jazz tortilla is made from the same basic ingredients, masa flour and water. These may be equated either with bass and drums, or the musical concept of syncopation mixed with alcohol. For our purposes, let's go with syncopation and booze, then work our way to the bass and drums. 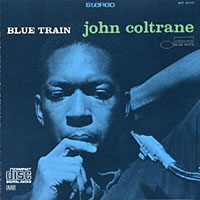 Syncopation is the idea of placing emphasis on normally unaccented beats. To demonstrate this, listen to an average pop song while tapping your foot with the beat. You will soon find that you can divide it into measures of four beats per measure. Once you start counting along, you will notice that it goes something like "ONE-two-THREE-four." Now, try the same thing with a jazz tune (let's use Coltrane's "Blue Train"), and it will produce a different result. Not only will you be counting "one-TWO-three-FOUR," but you will find that you are now wearing a sharkskin suit and drinking a Harvey Wallbanger.

Thus is the power of syncopation.

Moving forward, if we think of the jazz tortilla as the bass and drums, we will notice several significant differences. First, the tortilla is not just some processed, benign edible wrapper. It has a character of its own, a definite texture and taste which adds a dimension that enhances the overall burrito experience. The drums aren't just relegated to basic timekeeping duties, the bass isn't just responsible for holding down the bottom end. They are unique voices with their own valuable contributions to make. Or, at least, that's what we tell them to keep them off the furniture and away from the refrigerator.

Inside our jazz burrito, there is meat and cheese. And possibly some guacamole, maybe rice. This is our melody, our tune. Most melodies are simple, hummable, unchallenging. Indiscernible ground meat with a glob of synthetic almost-kinda-cheese-like stuff, "You Light Up My Life" with a packet of mild salsa. Jazz melodies may begin simple, but get considerably more complex as they go. This is due, in part, to improvisation.

Let's take our burrito and fill it with chunks of pork (being from Virginia, where pork is its own food group). But let's take our pork and marinate it in a blend of chili peppers, herbs and spices. There's the addition of improvisation. This allows the individual cook to take the dish and make it theirs, let their own creativity come through. Sometimes, they take chances and make something unexpected and wonderful, like adding some pineapple to the marinade. Sometimes, they take chances and make something inexplicable and seemingly wrong, like adding Raisinettes or menthol cough drops.

The hardest thing for most jazz newcomers to accept is that freedom which comes with improvisation. As with all freedoms, there is the freedom to do something weird. So long as you understand that the musicians are legitimately trying to express themselves, and are not just screwing around (for the most part), you can accept when those efforts sometimes go astray. You may also find yourself appreciating the Raisinettes in the burrito because, after all, Mexicans have been cooking with chocolate for centuries and who doesn't like raisins?

Alright, kids, this seems like as good a place as any to pause our lesson and give everyone a chance to go get one of those burritos you've been craving for 8-10 paragraphs. You may also take this opportunity to listen to some of that jazz we've been talking about. When we reconvene, I'll go into different types of jazz, how to appreciate each one, and how to choose the appropriate hat for the type of jazz you settle on as your favorite.