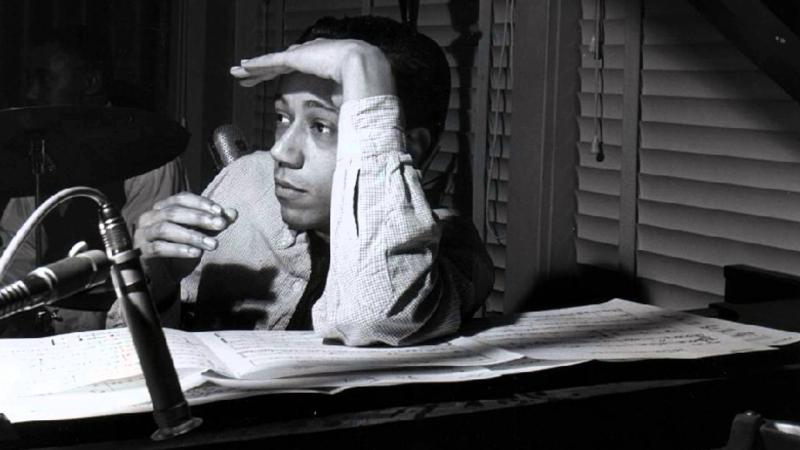 By NICK CATALANO
July 1, 2014
Sign in to view read count
In the halcyon days of the first Birdland (the early 50's) Monday night was jam session night and the house rhythm section featured a young pianist named Horace Silver. Though in his early 20's (he was born in 1928) Silver appeared much younger and his diminutive figure at the keyboard is still etched in my mind intensely pouring out the hot-tempoed lines of the still-novel bebop literature. I, together with my fellow musician friends, sat there mesmerized as he gushed line after line of hard-swinging bop melodies chorded with the hip harmonic sounds that were all the rage. Sweating heavily, he seemed to attack the keyboard with the ferocity of a tiger. The room was always packed and we, though under-aged, were always admitted when we showed our Local 802 cards and paid our $1.80 admission fee.

We sat in Birdland's peanut gallery as often as we could get there and watched idolatrously as Peewee Marquette introduced the boppers who were our heroes. Though not yet household names, we knew they would one day become immortalized and it is comforting to know looking back on the scene that we were spot on. But the one figure who seemed to get lost in the cascade of plaudits was Horace Silver. I was never sure why he didn't receive the loud kudos that most of the others did, but as the years went on I began to realize that Silver was never a big self-promoter and observed that his ego was as small as he was.

Actually, the great album A Night at Birdland recorded live in February 1954 provided an opportunity for me to comment on Silver's modest personality when I wrote extensively about it in my biography of Clifford Brown (Oxford University Press) published in 2000. According to my research it was primarily Horace Silver who organized the group the "Jazz Messengers" under a tacit cooperative agreement with Art Blakey and others at the time. Silver had come of age in 1950 when Stan Getz had auditioned him, immediately taken him into his road group and recorded an album Stan Getz Quartet with him the same year. In addition, in 1950 Silver so impressed Alfred Lion president of Blue Note Records that he signed a contract that would run through 1980—a remarkable length for a jazz musician.

I concluded in my account of this time that it was Silver's valuable recording association that propelled the organization of the Jazz messengers. Still, it was Blakey's personality dominance that prevailed and the group became known as Art Blakey and the Jazz Messengers. Nevertheless, a few years later in November 1954 Silver recorded Horace Silver and the Jazz Messengers which established him as a pioneer of hard bop because of the popularity of two of his unique compositions—"Doodlin'" and "The Preacher."

Indeed it was Silver's composing stature that earned him continued support from the record industry. But he never did receive the cornucopia of praise from jazz writers, magazines or other media that compared with that of many of his hard bop cohorts who had less to offer.

Still, Silver continued his seminal composing and recording legacy and my next contact with him was in 1996 when he was nominated for a Grammy for his noteworthy album Hard Bop Grand Pop. When I spoke with him in connection with my review I noted that he still manifested that stoic self-effacing persona that I had witnessed decades before. We talked about a charming radio program (WWOZ, New Orleans) that I had heard about dubbed "Silver at Six" and I wondered why there wasn't more of that kind of thing in conjunction with his stalwart career. He laughed and said it had been many years since he had stopped wondering about why he wasn't included in the jazz media mainstream. I myself have never stopped wondering about the relative inconspicuousness of this jazz immortal.