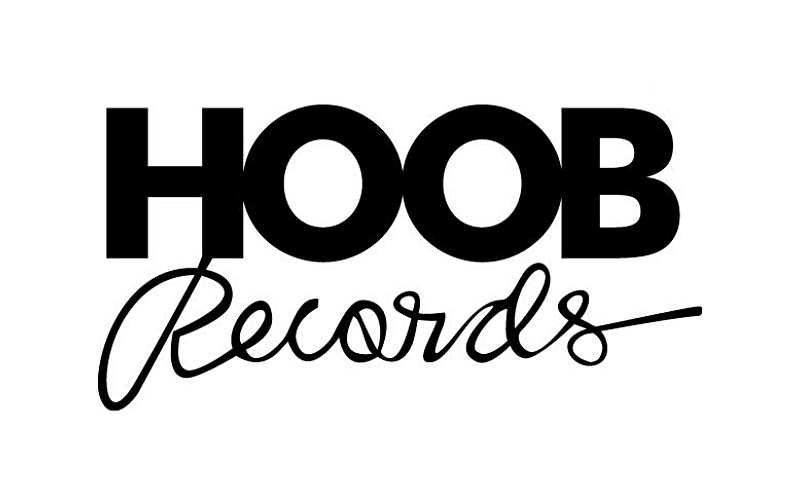 By JAMES PEARSE
December 22, 2015
Sign in to view read count

When we released our first album, we took the CDs around to the record stores in Gothenburg by bicycle.
—Josef Kallderahl, HOOB Records

There is something romantic about starting a record label nowadays. With few financial incentives and a whole bunch of work to do to get the record recorded, promoted and distributed, it's a wonder people start records labels it at all. But they do. And many do it very well indeed.

Artistic freedom is an oft-cited reason for started a label, especially when those starting the label are artists themselves. Not having to answer to anyone when it comes to how your music should sound, look and when it should come out, is an attractive proposition for many musicians.

But, then there's the time and the investment needed to pay for recording studios, pressing plants, PR professionals, and the rest. It's a hard thing to do start a record label.

One way to get around the obstacle of having to invest large sums of money each time a new artist is signed, is to let the artists sign themselves to the label and cover the costs for their own recordings. That's what happens at HOOB.

Based in Stockholm, Sweden, and with roots in the portal city of Gothenburg on the east coast, HOOB Records' subsidiary HOOB Jazz is a purely DIY label run by musicians for musicians but with a twist: the three partners—bassist Josef Kallerdahl, pianist Fabian Kallerdahl, and drummer Michael Edlund—act much more like A&R managers than record label executives, maintaining good relationships with other Swedish jazz musicians and inviting them to record under the HOOB name. The invited musicians then pay for their own recordings and promotion but benefit from the association with the label and the niche it has carved out for itself over the past ten years.

All About Jazz: Ten years have gone by since you started HOOB. Can you tell us how you came to start your own record label?

Josef Kallerdahl: "The label was started by a group of musician friends who all lived in Gothenburg, Sweden, at the time and wanted to make something happen. The first release was by a pop act called Universum and after that we changed direction a bit. The first full-length jazz album on the label was the trio MusicMusicMusic's debut One, Two, Free (HOOB, 2005). The members of that trio went on to form the board of HOOB. The idea was just to get going and not wait around for someone to discover us and then decide everything. We wanted to decide things for ourselves."

AAJ: On the HOOB website, you write that the premise of the label is to "support music and not the industry." Have you been true to your word in this respect?

JK: "I think so. We want as few intermediaries between the artists on HOOB and the consumer as possible. We have always wanted to do everything ourselves. When we started out we didn't have any distribution or anything. If we'd known then what we know now we would have perhaps done things differently, though. Perhaps not, but who knows? So, we made that first CD and then happened to go to down to South Africa on tour and ended up playing a lot together. The tour was the result of a partnership between the University of Gothenburg and the University of Durban and we got some money in the form of a grant from the Swedish Arts Council to go on that trip. We didn't use all the money we got so we invested it into the label. Today, the three original founders of the label still act as a kind of board, where we all help run the label and choose the musicians we invite to release albums with us."

AAJ: When you started the label, did you imagine how much work it would be?

JK: "Not at all. It's a lot of work but we noticed that we started the label at just the right time because it was getting harder and harder to get record deals for young jazz musicians here in Europe. Other labels that were releasing jazz on a commercial basis seemed to be dying out in this period. Ours became one of the first labels in Sweden to be owned by musicians. Saxophonist Jonas Kullhammar came before us with his Moserobie Records and in many ways he was a role model to us."

AAJ: Was it hard to get the albums into record stores?

JK: "I remember than when we released our first album, we took the CDs around to the record stores in Gothenburg by bicycle. When we went to the other big cities in Sweden, like Malmö or Stockholm, to play concerts, we'd take CDs with us to sell at the record stores there."

AAJ: What was the reaction from the public to your label?

JK: "We got a lot of attention for the way we ran the label and it was quite easy to get space in the music press. Journalists here in Sweden were interested in what we were doing because people had been discussing was the death of the CD and things like that for years. We were a breath of fresh air. Not many musicians had done what we were doing in Sweden before us."

AAJ: What have you gotten out of running the label?

JK: "We quickly realised how hard it is to run a record label but we also quickly saw how much we got out of it. We've had some amazing experiences and a lot of fun along the way. We are not millionaires but that was never the intention. It's not that expensive to record a CD nowadays. We usually record albums in 2-3 days in a studio and that's it. It's a lot of fun to be in control of all the different stages of releasing an album. I like to write about the recording and do communication and PR. I'm also interested in design and it's great to be part of the whole process. We are happy to be able to decide for ourselves when things can happen. If we decide we want to record a new album, in theory we can just go and do it the next day."

AAJ: Has the way you run the label changed over time?

JK: "Not at all. We are still running the label more or less the same way today as we did in the beginning. We are growing as a company—not vertically but rather horizontally as we are inspiring our friends and colleagues to do the same thing as us and they do the same thing under our umbrella."

AAJ: How does the umbrella work?

JK: "All the artists on HOOB own their own productions. You could say that HOOB has become more like of a distributor nowadays, in a technical sense. You see, when someone wants to do an album, we give him or her complete artistic freedom to do the album however they want. From that point on, we don't tell them what to do or what fits the label and what doesn't. Of course, we have to like the music and the project but the rest is up to them. It's only fair because the artists pay for the recording and the production of the CDs themselves. They then own all the copies and we as a label buy copies from them to sell to our distributors. This way, we keep the productions very close to the distribution all the way. So this is what I mean when I say that the company isn't growing vertically, where the listener is ever further away from the musician, but rather horizontally, where there are a lot of artists and a tight connection between the musicians and the listener. It basically means we'll never get rich but on the bright side we are spreading the feeling that you can make your own album. The idea today is that HOOB becomes a seal of quality." 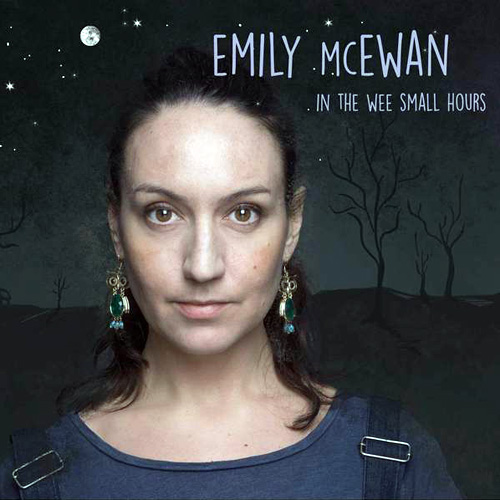 Emily McEwan, In the Wee Small Hours (2015)
JK: "Emily is a fantastic singer. She has made two albums before but this is her first one where she sings jazz. We recorded the album in pianist Jonas Östholm's living room. He plays the piano and I'm on the bass. I'm happy with this album because we dared to keep it this simple stripped down. It will be released in Japan in spring 2016, but for that edition we have recorded some more songs. But that's another story..." 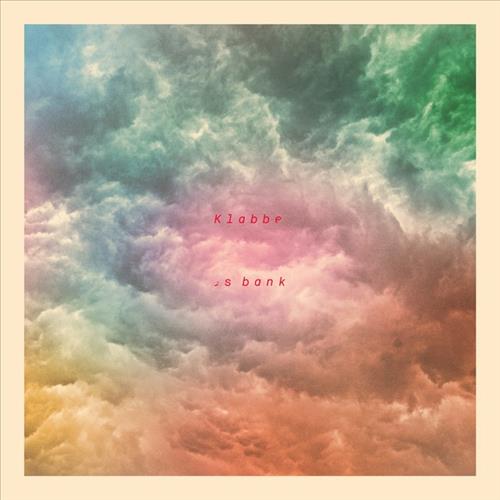 Klabbes Bank, Z (2015)
JK: "We are happy to be the home of Klas-Henrik Hörngrens' band Klabbes Bank. When critics and pundits talk about the development in Swedish jazz they always mention Klabbe. And I totally see why. This is their fourth album (their third on the label) and nowadays this six-piece band is somewhere between art rock and jazz, with a lot of great grooves and cool synths." 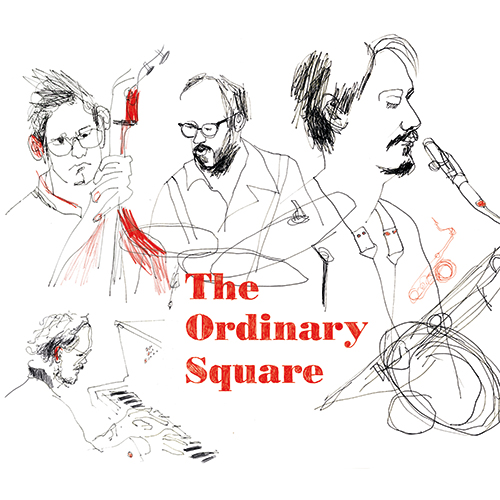 The Ordinary Square, When in Paris (2015)
JK: "This is bassist Viktor Skokic at his best. Viktor is a virtuoso and he knows how to challenge the musicians in the right way. This recording can't have been easy for anyone but they seem to have enjoyed it. Viktor lives in Stockholm but is originally from Gothenburg and that's where the recording was made, and with musicians from Gothenburg too. An example of how HOOB is really based in these two cities." 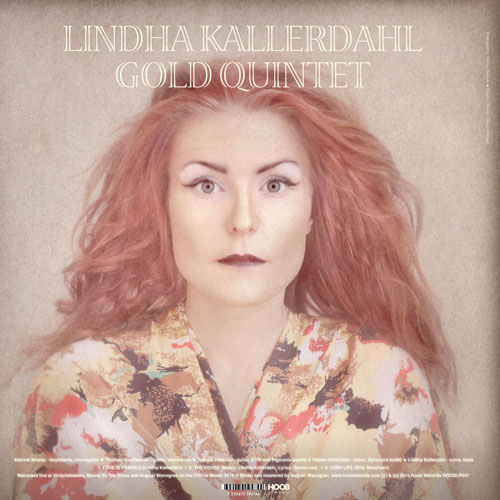 Lindha Kallerdahl, GOLD Quintet Solo (2014)
JK: "We released this album as a beautiful vinyl with no back side. One side is with only Lindha and her voice, recorded in her living room. On the other, she appears with her new quintet featuring pianists Fabian Kallerdahl and Katrine Amlser, along with two guitarists: Thomas Gunillasson and Samuel Hällkvist. Their version of "Lush Life" is just amazing." 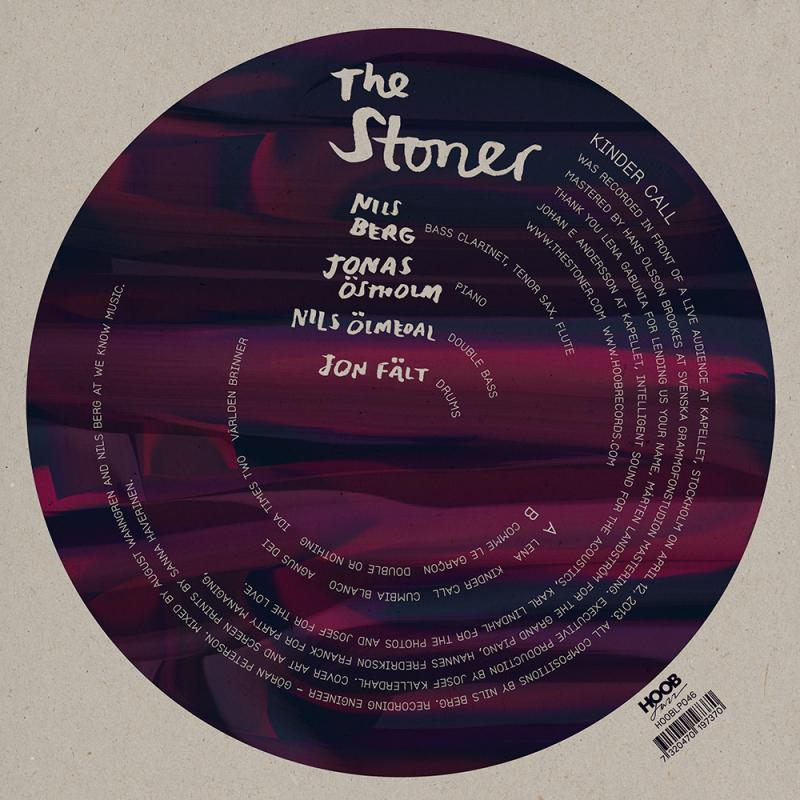 The Stoner, Kinder Call (2014)
JK: "Saxophonist Nils Berg has been a part of the HOOB family from the start. He is now working mostly with his new band, Nils Berg Cinemascope, but The Stoner is his first love and they also celebrated ten years together last year. This is an amazing quartet and this album is...I don't know how to explain it...you can just listen to it over and over again. It's romantic and suggestive and they play so nicely together."