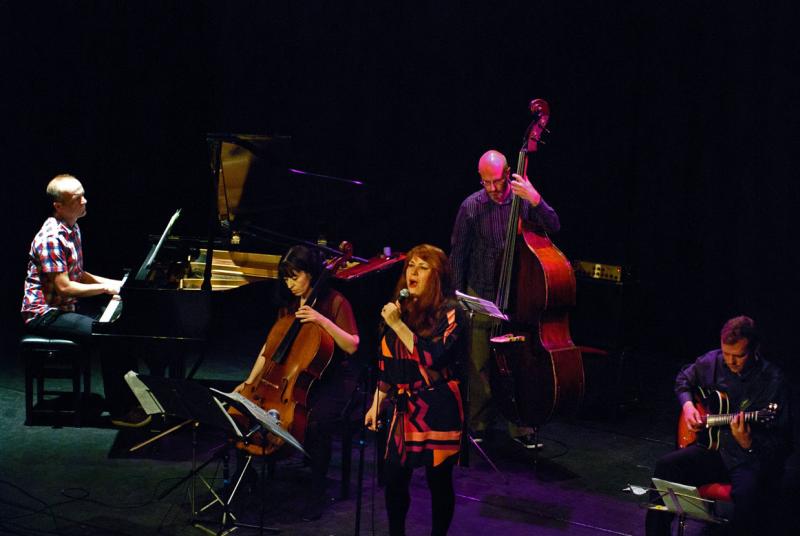 By BRUCE LINDSAY
August 6, 2012
Sign in to view read count
Holt Festival
Holt, UK
July 25, 2012
Holt, in Norfolk, is a pretty East Anglian market town that nestles in pleasant, almost stereotypical, English countryside. It's home to a mere 3,500 people, but it punches way above its weight artistically and culturally, seeming to have more art galleries than Manhattan. In recent years it has developed a thriving and innovative Arts Festival which, in 2012, played host to some exceptional performers from the UK jazz scene, including a night devoted to concerts by three of the UK's top vocalists: Christine Tobin, Liane Carroll and Ian Shaw.

The festival was established in 2008: a multi-arts festival, it incorporates drama, poetry, visual arts and children's events as well as music. Festival Director Delaval Astley, who took on the role for the 2012 festival having been Chair of the Festival Board in 2011, is the man responsible for arranging most of the program, including the jazz performances. He acknowledges that he's not an expert on jazz—"I know virtually nothing about it," he says. "My record collection stops around 1960"—but he is clearly a man with a great ear for top quality musicians and a pleasing willingness to explore widely in search of festival performers.

Astley's aim in programming these concerts was to book singers whose appeal went beyond the relatively small specialist jazz audience. He made wise choices, selecting three exciting and innovative acts whose own inspirations include '70s pop music, the Great American Songbook, and contemporary songwriters such as Carole King, David Bowie and Joni Mitchell, as well as classic jazz. In Carroll and Shaw he also booked performers with a fine sense of comic timing.

Festival events took place in venues across the town, including a Festival Club at the Lawns Hotel, which played host to a concert by singer and cellist Ayanna. The Theatre In The Woods, a 900-seat amphitheatre in woodland close to Holt, was the venue for the festival's closing event, a concert by saxophonist Courtney Pine.

The concerts featuring Tobin, Carroll and Shaw took place in the Auden Theatre, in the grounds of Gresham's School, a venerable English public school founded in 1555. The theatre (named after the poet W. H. Auden, a Gresham's Old Boy) is a modern, cozy 300-seat venue with excellent acoustics and sightlines: a terrific venue for the intimate, engaging, performances on which all three singers thrive. The night was divided into two separate events; Tobin's concert in the early evening then Shaw and Carroll's later on.

Tobin, originally from Dublin but now resident in England, has a deserved reputation for her vocal talents and her ability as a songwriter. This concert was devoted to her latest project, in which Tobin pays tribute to the great Irish poet W B Yeats. Apart from the opening song, a traditional tune which Tobin sang in Irish and English, the set consisted of 10 songs from Sailing To Byzantium (Traile Belle, 2012), a set which combines Yeats' poetry and Tobin's music with great success. 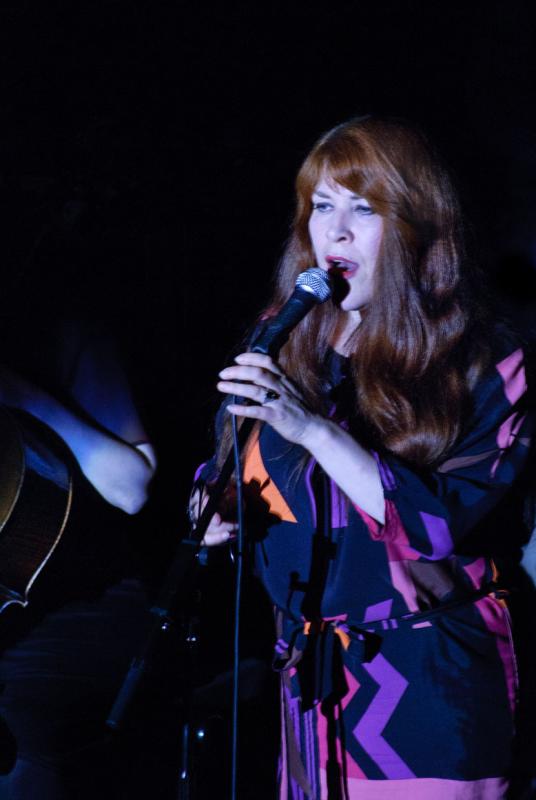 Tobin (pictured right) performed with a quartet of exceptional musicians, all long-term collaborators and all of whom also played on the album—only flautist Gareth Lockrane was absent from the lineup. Tobin was in superb voice, her clear tone and precise diction ensured that every word could be heard. Her total engagement with Yeats' work readily transmitted itself from the stage, especially on the more romantic poems such as "When You Are Old" and "The Wild Swans At Coole."

Each band member made distinctive individual contributions. Pianist Liam Noble and bassist Dave Whitford took control of the rhythms of each song with confidence. Whitford's arco playing was especially effective, while Noble constructed his solos with imagination, occasionally reaching into the body of the piano to add brief pizzicato flourishes. Cellist Kate Shortt contributed flowing melodic lines and quick staccato phrases, her rich melancholy playing on "In Memory Of Eva Gore-Booth and Constance Markievicz" beautifully capturing Yeats' longing for the memory of past times, and her repeated three-note phrase on "The Fisherman" proving to be simple but effective punctuation. Guitarist Phil Robson underpinned many of these tunes with his mellow, beautifully judged chordal washes. His introduction to "The Wild Swans At Coole" and his fluid melodic single note solo on "The Fisherman" were beautifully empathetic. 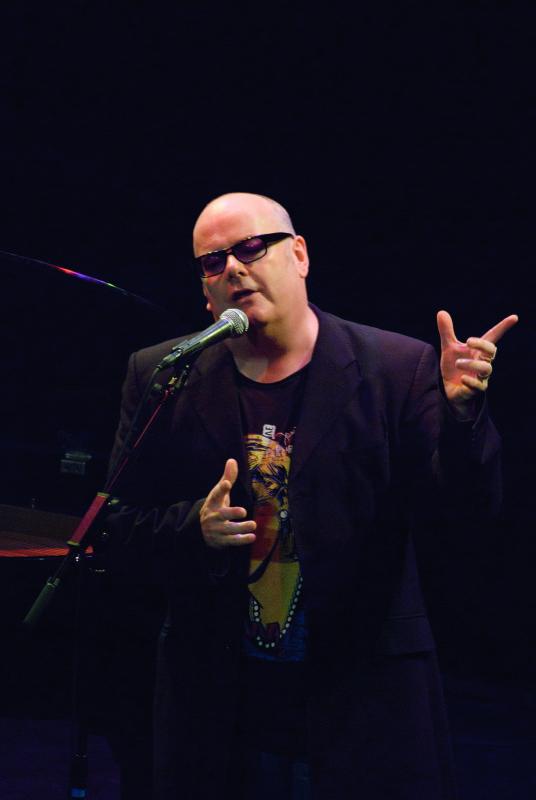 Yates' poems are often complex, both structurally and textually: not always easy to understand at first hearing. So it was particularly pleasing, as well as a credit to Tobin, that the near sell-out crowd was attentive to the last note even during the uncharacteristically apocalyptic instrumental break on "The Second Coming"—a surprising contrast to the gently reflective mood of most of the set that caught more than one audience member unawares.

Shaw and Carroll are regular collaborators onstage. Over the course of two sets they shared the spotlight with equanimity in a show that moved easily between moments of pure comedy and periods of heart-rending emotion.

Shaw (pictured right) has a particular love of the songs of lyricist Fran Landesman. A longterm friend of Landesman and her family, Shaw has championed her work for many years. He arrived on stage resplendent in stylish open-toed sandals and cheerfully informed the audience that he'd forgotten to bring his shoes before opening the set, with deliberate or accidental irony, with Landesman's "Feet Do Your Stuff." Shaw sang the witty, cheeky lyrics and played Simon Wallace's music with real punch, getting the audience onside from the off. By contrast, his second Landesman song, "Ballad of the Sad Young Men," with music by Tommy Wolf, was a masterly performance of one of the great songs of regret. The crowd remained hushed throughout; a pin dropping would've sounded like an explosion.

Carroll shares Shaw's emotional range: upbeat and laugh-out-loud funny one minute, heartbreaking the next. She sang a rousing, positive version of "What Now My Love?" and swung through Donald Fagen's "Walk Between The Raindrops" and "Goodbye Look." Her performance of Tom Waits' "Take It With Me" was stunning; her phrasing and intonation on the key linek, "I never felt more alive... or alone," was perfectly judged.

As a duo, Shaw and Carroll have an easy relationship: funny, intuitive engaging. During "I Can't Give You Anything But Love," which Shaw started on piano, the pair ambled casually around the stage scatting, laughing and eventually changing places as Carroll took over the keyboard to end the tune and the set. Calls for an encore brought the pair back to duet on James Taylor's "You've Got a Friend," the lyrics capturing the relationship between these two remarkable performers perfectly. 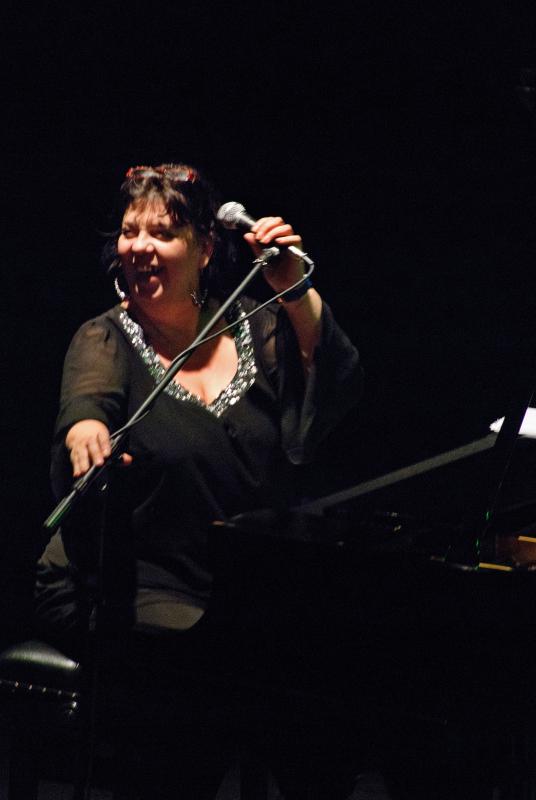 All three performers were obviously emotionally engaged with their source material, all had striking onstage presences and an easy relationship with their audience. In keeping with the tone of most of Yeats' poems, Tobin's approach to the performance was serious and respectful, though her between-song chat was lighthearted and amusing. Shaw and Carroll (pictured left) had a much more relaxed attitude; a seemingly casual devil-may-care style that they carried off with aplomb and which worked because of their exceptional talent and professionalism. It takes skill and hard work to make it look that easy.

Holt Festival looks set to grow and develop under the stewardship of Astley and his team. It receives no financial assistance from central government, the Arts Council or any other national body, relying instead on income from ticket sales and on the generosity of local sponsors, so careful programming is essential. Audience numbers, their attentiveness and the warmth of their responses to all of the performers suggest that Astley and his team would do well to delve further into the wealth of UK jazz talent for future festivals.