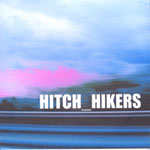 Jazz lives! Brothers and sisters, ever since a fan scrawled that "Bird lives quote around New York to keep the memory of Charlie Parker from fading, the rallying cry has never been in doubt. Institutionalize the music by way of repertory companies and schooling, and the expression happens in the streets. Eliminate the jazz division from a major record company and independents pop up.

Guitarist Francesco Guaiana and Weinstein share education credits from Boston's Berklee School, but this session with bassist Luca Lo Bianco was recorded in Palermo. The trio swims through an improvisational interplay based on some very simple ideas. The opener, "Eulogy, plays with a late 1980s John Scofield sound, touching on blues and rock grooves. This band has digested not only jazz/rock but late Miles and touches of free music. The aptly titles "f.r.e.e finds Guaiana trading licks for loops and Lo Bianco manipulating electronics over Weinstein's mesmerizing cymbal drive.

Weinstein has the ability to switch from the grooves of Al Foster to the accenting of Paul Motian with a seamless presentation. Hitch_Hikers can play without a tether or settle into a very memorable melody, like "Kathy's Theme and "Forfe, played with a straightforward progression. Songs like all too brief "Fugacity and "Go Getter beg for further development. The latter taken from electric Miles' dictionary, but updated with loops and electronics, clocks in at five minutes but begs for an additional twenty.

Whenever you find a band captured in mid-creativity as you have here, the appetite for their sound increases with each spin. Let's hope there's more to come from these three.