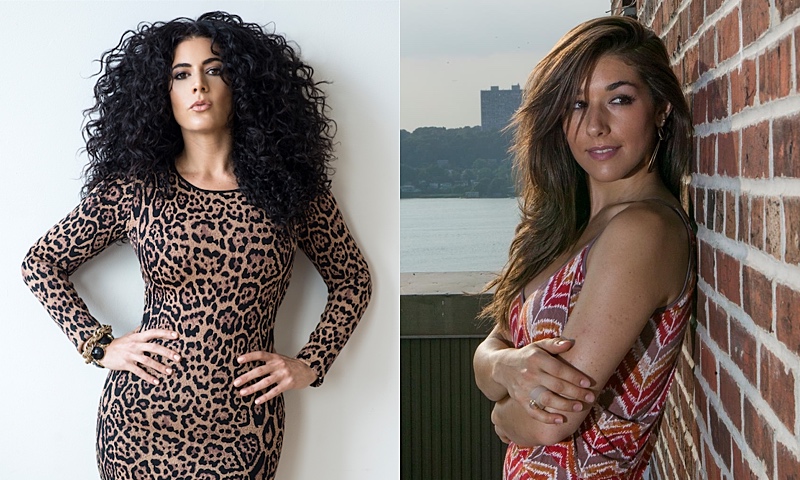 I have had the pleasure to work with a most benevolent Publisher in Michael Ricci for 20 years. His editorial hand has always been liberal and indulging. It is a very rare thing that he would ask me to listen to something that has been ringing his bell. So rare, that when it happens, my ears perk up and I stand at attention. Michael's taste has always been exceptional and his ear sure.

That said, I received a brief missive from Publisher Ricci that there are two vocalists he would like me to hear. Again, Publisher Ricci never does this. To my very delight, he has sent music my way that I may never have heard and it demands to be listened to by more than just this humble writer.

Vocalist Joanna Pascale has an enviable commodity: a durable and pliant alto voice over which she has perfect control. Whether she is in a conversational mode, as on Valerie Brown's "Forget Me" or a slow walk through the Goffin/King classic "Will You Still Love Me Tomorrow," Pascale readily makes the lyrics real and her own in a comfortable and familiar way that tactilely feels like a favorite blanket... warm, sensual, satisfying.

Producer and pianist Orrin Evans carefully orchestrates these pieces, these less-often heard rubies of the Great American Songbook, providing a delicate balance of harmony and rhythm over which Pascale can maximize the use of her impressive instrument. Gregoire Maret's chromatic harmonica on "Will You Still Love Me Tomorrow" adds a bit of sophistication to both the instrument and the song. Pascale's slippery, creamy reading of the DeSylva/Gershwin chestnut, "Do it Again," in trio with pianist Cyrus Chestnut, bassist Christian McBride and drummer Obed Calvaire is guaranteed to make a good percentage of listeners blush...out loud.

Pascale approached this recording, her fourth, after finishing a ten-year stand at the Loew's Philadelphia Hotel. That is evident in her confident singing. Only "confident" is not the right term. Her singing is hyper-natural, fully lacking any evidence of "push" in her effort. Because it is not effort, it just is. On "Confessin' (That I Love You), she approaches the tune with a slight islands beat contained in a standard jazz piano trio. Pianist Evans is tart in his accompaniment, laying down a humid and fecund foundation from which Pascale's considerable talent may grow.

Pascale's most impressive performance is on the Henry Glover standard "Drown in My Own Tears." While her voice and talent are capable of addressing this Ray Charles classic, it would be easy to doubt her ability to bring it off. But bring it off she does. Where Charles' voice was all grit and whiskey, Pascale's is all honey and opium. Cyrus Chestnut's slick Hammond B3 playing brings all of the church the piece needs to christen the sacred with the profane: how the best music always begins.

From the earthy brilliance of Joanna Pascale's naturalness, we encounter the ultra-precise and effortless vocals of New York-based Croatian singer Thana Alexa. From the outset, Alexa is satisfied with nothing less than completely redefining vocalese and scat singing. The journey that is jazz singing in the 21st Century is littered with the bodies of those who only thought they could sing vocalese and scat, when they would have been better off leaving the styles to their betters.

And Alexa is one of the betters. How exciting it is, after having listened to dozens of well-intentioned singers trying their hand at the demanding arts of vocalese and scat, to hear one who experiences instant karma it them. Her opening title composition on the present Ode to Heroes demonstrates an artist who is thinking so far out of the box that she bends space-time. What Alexa effectively does is veer the evolution of vocalese into a completely different musical orbit, one where she rules with precision and brilliance. Tenor saxophonist Donny McCaslin plays some of his most inspired straight-ahead music on the piece, sharp-edged as it is.

She rewrites the book on Charles Mingus's "Goodbye Pork Pie Hat" presented here as "The Wanderer" with her own lyrics. Introduced with some fractured bass arpeggios by Jorge Roeder, Alexa duets with the bassist effectively on the disc's most perfectly conceived piece among a group of the same. Voice-bass duets have become quite common in recent years, but few have approached this finely distilled essence.

Alexa takes on Paul Desmond's "Take Five" using the Brubeck's original lyrics, but reordering the rhythmic accents of the song into a quantum staccato vocal concerto. Saxophonist Linart Krecic steers his tenor through an exciting and dramatic solo that leads into pianist Sergio Salvatore's angular and mathematic solo. Alexa's out-of-this-world scatting again brings the music to a crashing climax that does not simple blow open the door to the future of jazz vocals, but blows it out explosively, stating, "I am here!"

Tracks: Forget Me; Lament; Will You Still Love Me Tomorrow; Stay With Me; Do It Again; Wildflower; Overjoyed; I Wanna Be Loved; Drown in My Own Tears; I Remember You; I'm Confessin' (that I Love You.

Tracks: Ode to Heroes; Trace Back Your Footprints; Ghost Hawk; Groove Tune; Siena; In a Mode; When Evening Comes; The Wanderer; take Five; M's Lullaby; You are not Alone.