By MIKE JURKOVIC
September 2, 2019
Sign in to view read count 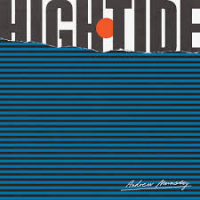 Known equally for his unconventional timing as well as his audio design and production, drummer/composer/producer Andrew Munsey takes charge of his equally unconventional, decade-long Brooklyn quintet and delivers the assertive and ambitious High Tide.

Munsey's nine compositions, alive with sparse grooves and slippery time passages morphing from one odd equation to the next collective geometry, exhibit a robust individuality both as a player and composer. Counterpunching time both physically and sonically to fit his liking, "High Tide" hits the sweet spot early, opening with a clattering of cymbals soon accompanied by a forceful, almost foreboding run from pianist Amino Belyamani that gives way to a spirited parallel rivalry between trumpeter Stephanie Richards and tenor saxophonist Ochion Jewell. Bassist Sam Minaie locks in with Munsey and the energy generated keeps High Tide running on all cylinders.

"Undertow," another brief interlude between the longer tracks, is a dark, droning motif that quickly falls into a marching example of group-think. The hypnotic "Schema" is a percussive meditation between the leader and Belyamani's prepared piano. Belyamani leads the way thoughtfully on the album's daringly fluid sole cover of Igor Stravinsky's ""Les Cinq Doigts: Lento." Arranged by Munsey, it highlights yet another potent weapon in his arsenal. "Skylight" closes the album as mightily as it began, the ensemble flowing through its peaks and valleys with a loose yet disciplined ease.