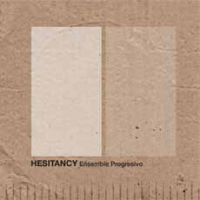 Ensemble Progresivo was formed in 2007 by saxophonist/clarinetist Ricardo Tejero after he had an idea of working with improvisation within a compositional context. Although he was not the first to have such an idea, Tejero says that his method of making music was born with the band. As with several other successful London-based improvising ensembles (Roland Ramanan Tentet and Barrel spring to mind) the members of Ensemble Progresivo were drawn from the ranks of the London Improvisers Orchestra—violinist Alison Blunt, cellist Marcio Mattos, saxophonist Adrian Northover and guitarist Roberto Sassi alongside Tejero himself.

Tejero's method is based on the use of "Progressions," pieces where the structure is prearranged using a combination of references and musical elements worked out by him. He says that every time a new progression is played by the ensemble, a different form is achieved, never to be repeated again. Recorded in December 2013, the album consists of nine tracks, each a version of one of these progressions; their numbers indicate that at least twenty-nine progressions existed at the time the album was recorded. Tejero says that he never felt attracted by the debate about the differences (if any) between improvised and composed music, and always found the idea of being in both places at the same time fascinating. The members of the ensemble all positively endorse Tejero's pieces, as illustrated by Alison Blunt's comment: ..."playing these "Progressions" involves reaching for something beyond the page, something real."

However, as ever, the crucial test of music such as this is neither the appeal of its underlying theory nor the opinions of the musicians but how the end results actually sound. The nine tracks range in length from the one and a half minutes of the end piece, "Progresion 26, Tic —Tak-Toe," to just over nineteen minutes for "Progresion 20, Dilema," the album's centrepiece. The sound of the tracks shows as much variation as their lengths, because different combinations of players are featured. Five tracks, including that extended centrepiece, feature all five ensemble members while the other four are duos of Tejero with each of the others in turn. So, "Progresion 25, F.A.Q." is a terse exchange between the cello of Mattos and Tejero's alto sax, "Progresion 24, Moundfield" combines clarinet and violin, while the brief end piece is a soaring alto sax climax for Northover and Tejero.

A key factor in the quintet's music (particularly compared to an earlier version of the ensemble with Javier Carmona —see YouTube below) is the absence of drums, as that loosens them up. Despite the title of the album, there is hardly any hesitancy evident throughout, with all five sounding confident and sure-footed. Altogether, the music flows freely, sounding natural and unforced. The role played by Tejero's progressions is not particularly evident and never intrusive. But whatever that role is, it can be judged an unqualified success in its quest to combine composition and improvisation. Congratulations to all concerned... not least Tejero.