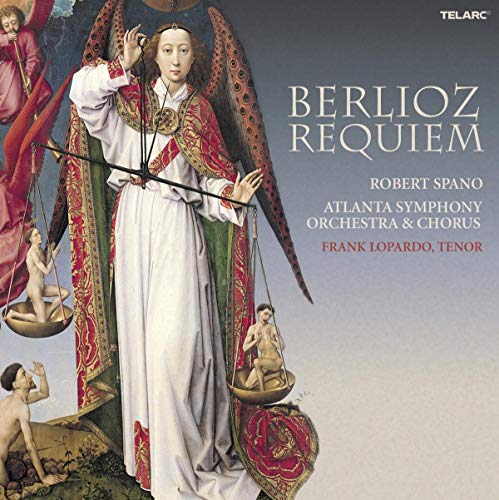 A Primer on Requiems

Technically, a Requiem is a type of Mass. Forty years ago, it might not have been necessary to define these terms, but in today's multi-centric societies, particularly the burping polyglot that is Western Society, it might be just worth a just a little remedial college refresher.

The Mass is the Christian rite of worship first developed in the Second and Third Centuries during a period of tremendous philosophic, theological, and spiritual growth following the death of Jesus Christ in 30 CE. This first organized "religion" was to become the Catholic Church (Catholic with a big "C"). The Mass is the spiritual recreation of the Last Supper before the Passion. The Requiem Mass is a special type of service that is said (performed) as the religious service surrounding the death and burial of a person. Historically, that is what we call a Requiem Mass.

There is another famous Requiem Mass: One that is the subject of classical (classical with a little "c") music. It is a choral composition that uses the Latin Mass Liturgy of the Dead as the "book" for this special type of oratorio. In composed music, perhaps the most famous Requiem was Mozart's. Surrounded by intrigue and innuendo, Mozart's great torso, his unfinished Mass for the Dead, composed at the end of his life and stands as an ancient monument. But as aesthetically perfect as Mozart's Requiem is, it is not the only one written. There exists another of similar stature, with less of the Classical restraint of Mozart and more Romantic exuberance of...Berlioz. But, this is too early, more about the irascible Berlioz later

Any Mass is made up of specific liturgical parts, defined by the Council of Trent between 1545 and 1563. The Requiem Mass differs from the common Mass by the part of the Liturgy that is added. The parts are as follows (in Berlioz's Requiem):

Hector Berlioz was the son of a French physician who expected his son to follow in his professional footsteps. He was born in 1803 in La Côte Saint-André France. Berlioz attended the Paris Conservatoire and won the esteemed Prix de Rome after several tries. Berlioz was not noted as an instrument virtuoso; rather he was the virtuoso of the entire orchestra . The Grande Messe des Morts , Opus 5 was to Berlioz what The Missa Solemnis , Opus 123 was to Beethoven. Both works were sacred to the largely Catholic Berlioz and Beethoven and expressed the complex spiritual nature of each composer.

Berlioz's Requiem is a monument of Choral Composition. It is full of romantic exuberance as evidenced by its advanced harmonies and wide use of brass in addition to the "Sanctus" tenor solo. Robert Spano, conductor of the Atlanta Symphony Orchestra, has entered a small but rarified group recording Berlioz's masterpiece. Considering the Dean of American Choral music, the late Robert Shaw, had done the same thing almost 15 years ago with the same orchestra and tenor John Aler, winning a Gramophone award, one has to wonder what Spano was thinking. There are presently somewhere in the vicinity of 20 recordings of the Requiem available. What distinguishes the Spano account are brisk yet sensible tempi, efficient use of low brass and voice, and the necessary detonation of nuclear performance where called for (I cite "Rex Tremendae" and "Agnus Dei").

The sonics of the recording are a bit remote. Particularly, tenor Frank Lopardo and the Chorus are recorded well in the back of the "Sanctus." I should have hoped for an out front, in-your-face "Sanctus." From a programmatic point of view, Berlioz wanted to convey salvation. That cannot be conveyed in an echo. That quibble aside, this Requiem is a worthy addition to the catalog. It carefully captures the romantic abandon characteristic of Berlioz's music.