Hannah Rothschild: The Baroness - The search for Nica, the rebellious Rothschild

By ADRIANA CARCU
March 17, 2013
Sign in to view read count
The Baroness—The search for Nica, the rebellious Rothschild

Pannonica Rothschild is the paragon of rebellious romanticism and of the fascination for music, carried to the ultimate consequence. She has become the symbol of those dreams we dare not fulfill, but which we approve with a sigh whenever we recognize them in someone else's biography. Scores of songs have been composed, films have been made and books have been written about the Jazz Baroness.

The most recent volume, The Baroness—The search for Nica, the rebellious Rothchild, written by her grandniece Hannah Rothschild, gives a generous insight into her family history together with a vivid account of the New York jazz scene in the fifties. It is a quest pursued out of the need to define her ancestry, and the desire to explore the impact of a fascinating personality on a whole musical era.

Upon reading it one is both moved and impressed by Pannonica's courage to leave a life of luxury for the precariousness of the bohemian existence, by her power to spite prejudice and by her determination to dedicate her life to jazz.

Her name makes one think of wealth, and of a Thelonious Monk theme. Both assertions are valid. Pannonica was the daughter of Charles Rothschild, one of the 20th century's most influential bankers. She was born into a family which was never at loss for eccentrics. At Waddesdon Manor in England exotic animals populated the gardens; the cherries served at dinner came directly from the orchard.

After marrying Baron Jules de Koenigswater, Pannonica lived for a while in Paris, and during the war followed him to Africa where he was leading the Free French Army as a General. She became part of their back-up groups and when the war was over was decorated, and made lieutenant for her war services. Later she lived in Oslo where Jules de Koenigswater served as French Ambassador.

It is hard to believe that a woman with such a destiny will become The Jazz Baroness. That her name will be inseparable from the history of jazz and that more than 20 songs will be written for her by the most talented musicians of the day. Monk's "Pannonica," "Nica's Dream" by Horace Silver, "Poor Butterfly" by Sonny Rollins are just a few.

This fascination with jazz music was a life-long endeavor for Pannonica, but when she first heard Duke Ellington's symphony Black, Brown and Beige it acquired prophetic dimensions: "I got the message that I belonged where that music was. There was something I was supposed to do. I was supposed to be involved in it in some way. I got a really clear message. It wasn't long afterwards that it happened, that I cut out from there. It was a real calling. Very strange."

In the moment when she heard for the first time "Round Midnight" played by Thelonious Monk, in the house of a friend in New York, her life took a new turn. She was on her way to the airport to catch a flight back to Mexico, where her husband was on diplomatic mission. She never took that flight.

She listened to the song another 20 times and then decided that she had to know the pianist. She left her husband, her five children and a protected existence of opulent wealth, moved into in a luxurious hotel in New York, and started looking for Monk.

She will visit the clubs on 52th Street, where together with Kerouac, William Borroughs, and Allen Ginsberg will listen every night to Charlie Parker, Dizzy Gillespie, John Coltrane and Miles Davis, joined by the abstract expressionists Jackson Pollock, Willem de Kooning, Franz Kline and Frank Stella, and the novelists of the new generation, Saul Bellow, Norman Mailer and Tom Wolfe. 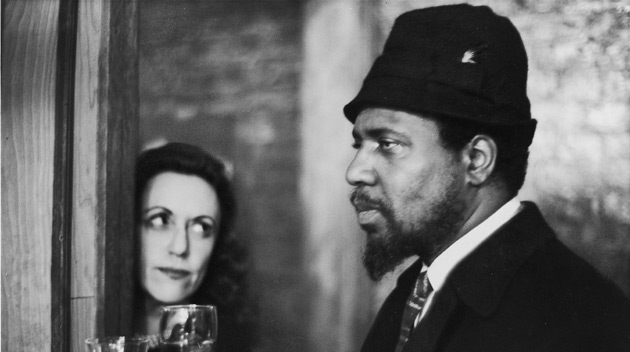 She will meet Monk—who at that time was banned from playing in New York Clubs because of drug charges—a few years later in Paris, after a concert. From that moment on, they will never part again. Pannonica will dedicate her love, her wealth and her entire life to him and to his music. Later she will say, "He was the most beautiful person I have ever known."

What followed was a slew of concerts, rehearsals, recording sessions, travels, arrests and drama, which have lasted almost 30 years until Monk's death. The Baroness's silver Bentley will become legendary together with her dedication to the penniless jazz musicians, whom she will always support morally and financially.

About jazz she will always say: "The music is what moves me. It has something I also hear in the playing of the Hungarian gypsies, something very sad and beautiful. It's everything that really matters, everything worth digging for. It's desire for freedom. And in all my life, I've never known any people who warmed me as much by their friendship as the Jazz musicians I've come to know." Nica will become the rightful patron of the New York jazz scene of the fifties, adored by the musicians and frowned upon by the Establishment.

Her contradictory fame will reach its highest note when the newspapers will announce in bold type that Charlie Parker had died in her hotel suite. Apparently, Parker, ill with liver cirrhosis and completely deteriorated by addiction, had knocked at many doors in those days looking for shelter. Nica's door was the only one that opened to him.

Her dedication reached its peak when Nica, while driving Monk to a gig in Baltimore, took upon herself the possession of $10 worth of marijuana during a body check on the highway. She did it because she knew that Monk wouldn't survive another detention. The resulting lawsuit for narcotics possession, and the charge of 3 years detention, which made the headlines for years, ruined her social prestige irreparably. Not that she cared. Nica stood by Thelonious Monk until the day of his death.

There have been many speculations regarding the nature of their relationship. Whether in the time spent in Paris, Pannonica Rothschild and Thelonious Monk have been romantically involved, or their bond was based on an affectionate friendship, will always remain a secret. Nellie, Monk's wife, has learned to accept her presence and her help, and was even grateful when Monk, ill and haunted by demons moved into Nica's house, a house she had purchased in order to accommodate him. He will die there in 1982. At his burial Nica and Nellie will sit together and receive, both alike condolences and the honors due to a loving life partner.

Pannonica will live another 6 years but she will not be the same again. She will spend most of her time reading in bed surrounded by over one hundred cats. Because there was no TV in the house she will often be asked how she was spending her time. She will answer invariably: "Picking over a lifetime of memories." Before her death, Nica expresses a single wish; she requested that her ashes should be scattered over the Hudson River at a certain time: Round Midnight.