Biota: Half A True Day

By GLENN ASTARITA
January 27, 2008
Sign in to view read count 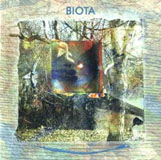 It took six years to complete Half A True Day, and Biota's sixth album rings like a continuous piece that is subdivided into reference points or placeholders. Nonetheless, the large ensemble's singular permutations of prog-rock and dream-laden swashes of layered textures are glowingly iterated here. It's an acoustic-electric brew featuring the use of unorthodox instrumentation, where the band incorporates Moog synths, strings, accordion, horns and other tools of the trade into a multifaceted feast for the mind's eye.

The program consists of subliminal deviations and passages that might intimate a shrouded dream that is offset with piercing rays of light. With rumbling rhythmic frameworks and fractured themes that intersect the variable parameters, the band's music-making summon notions of an expanding and contracting balloon. However, where many others would most assuredly fail in these instances, this unit owns the patent.

On "Proven Within Half Half a True Day, the sounds and mode of execution conjure up notions of murky waters and a sense of submersion, mingled with hazy voices. Their cunning sound-sculpting artistry and unorthodox compositional underpinnings indicates a lucid and rather scrambled sense of escapism that confounds the psyche. It's largely about imagery and sensation, which of course connotes a staple of the ensemble's design parameters. And they merge a sense of antiquity via the acoustic and, at times, folksy ingredient with interlacing effects and ethnocentric implications of various flavors and tones. It's a musical entity like no other.