Hakon Kornstad and Havard Wiik: Eight Tunes We Like

By BUDD KOPMAN
October 8, 2005
Sign in to view read count 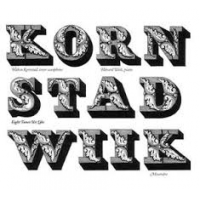 Hakon Kornstad and Havard Wiik have produced an absolute gem of an album that is on my short list for Best of 2005. The joys of Eight Tunes We Like are manifold and start with this release's title. They are being more than half coy by using the word "tunes . A glance at the track titles will reveal only one that could be said to come from "The Great American Songbook , and hence be a "tune . The others cannot even be called modern standards. No, these are tunes that will only be known by those familiar with the work of the particular composers, including the ever popular "Op. 7 -Sehr Langsam of Anton Weber.

"Touching by Annette Peacock is an extremely powerful, yet relatively simply constructed melody, which nevertheless continually twists away from expectations. This rendition comes very close in both power and intensity to that from Marilyn Crispell, Gary Peacock and Paul Motian on Nothing Ever Was Anyway, Music of Annette Peacock (ECM), which I did not think was possible.

Carla Bley is represented by "Jesus Maria and "Calls. Both tunes have a relatively easily understood structure and hence can be remembered. The former is achingly and poignantly beautiful, and is perfectly served by Kornstad's thin and reserved tone, to which he adds very little vibrato. The latter tune is more fun which derives from its angular theme, but which also has some hidden pathos. The lightness is a good thing because it is programmed after Keith Jarrett's "Birth. This melody unfurls at its own pace in a perfectly balanced hymnal way, and Wiik is amazing here.

Webern seems to attract the European crowd that comes to jazz from the classical side. "Sehr Langsam (which can be translated as "very slowly or "very deliberately ) starts off with the highest clearest note that I have ever heard from a tenor sax; Kornstad is in total control of his instrument. He also produces an interesting effect which sounds like he is slapping or pulling the sax keys. The only question to be asked is, "What is the melody (that they like)?

Jimmy Rowles gets mentioned in any list of underrated players and his composition "The Peacocks is probably his best known tune. "Humpty Dumpty is from Ornette Coleman, and is really an only slightly warped Bop line, but which is given an anti-bop treatment that nevertheless manages to get to its musical core, first in an almost mystical way by Wiik alone, who leads Kornstad in, also alone at first, but then together as they both take the simple melody apart. The music is beginning to get more familiar, on purpose, I believe, in order to lead into the last tune.

The opening phrase of "Autumn in New York , which spans a sixth and is scalar except for one minor third, is instantly recognizable, and is used as the ground for the duo's improvisation. Their method is thus exposed, and what they are up to is now clear: any tune, even a "popular one like this, can be treated as a pure musical vehicle in the same manner as more "difficult or "dense tunes. Kornstad and Wiik are master improvisers who manage to get to the core of a given melody and get to its deepest emotional meaning, while maintaining a constant reference to that which makes it recognizable, which might be a particular interval or a figure played in a certain way. The listener always knows from whence he came and that makes the trip that much deeply satisfying. You will never hear "Autumn in the same way again.

The two men play as equals, rather than the expected saxophone with accompaniment. Wiik plays in the same range as Kornstad most of the time, enveloping the saxophone within his piano's caress, while managing to improvise on the tune at the same time as he is accompanying Kornstad. The saxophonist, physically heard in front, is always listening to the piano, and often switches to an accompanying mode himself. This give and take produces a unified whole when it happens during the development sections. Even during the introductory melodic declamations done by Kornstad, Wiik manages to answer every phrase with its perfect response. When he gets the chance to play alone, one can hear that he can easily carry the weight himself. At the same time, for each man alone and both together, all is understatement even during the more extroverted tunes; there is no need to be verbose.

Some albums can clock in at seventy minutes and fly by, while others make forty-five minutes seem interminable. The disc could easily have held four more "tunes they like , and its forty minutes, while feeling like they ended too quickly once the album was over, also had the effect of stopping time. The listener might want more but perhaps the performers felt that the intensity that had built up warranted keeping it short, or maybe they felt that they just could not expose themselves so totally any longer.

No matter, Eight Tunes We Like is a stunningly beautiful achievement and a major statement of musical purpose and method. In this respect it is an important album that will not allow you to hear these tunes the same way ever again. Bravo!

Visit Hakon Kornstad on the web.