By SETON HAWKINS
January 15, 2006
Sign in to view read count 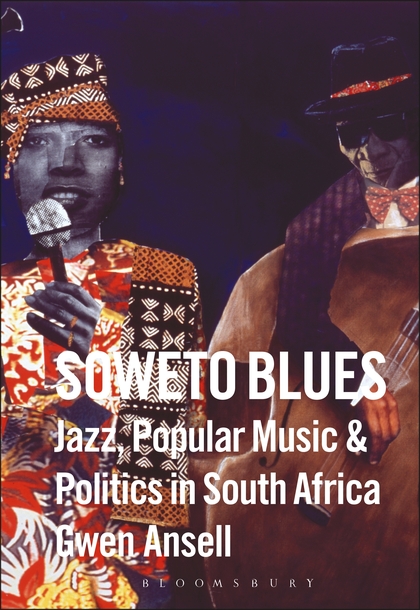 Gwen Ansell's Soweto Blues is the book South African jazz lovers have been praying for. Originally conceived as a radio show entitled "Ubuyile, the book is the result of over 80 hours of interviews with multiple generations of South African jazz artists; from earlier pioneers of the style to the new artists; from the exiled musicians to those who stayed to carry the torch during apartheid. To accompany the book, the South African label Sheer Sound has issued a companion CD of the same name.

However, it's from Chapter Three onwards that the book truly takes off. Rather than have the book read like a "history of jazz, Ansell places the focus on the musicians, using their interviews to directly tell the story of performing jazz in South Africa through the decades. At many points, Ansell acts as little more than a catalyst, adding some short commentary in between long stretches of the musicians talking. The impact of this on the readers' understanding can't be overstated. While any book could discuss the impact of the 1960 Sharpeville Massacre on jazz musicians' ability to perform in various venues and records in dry, factual terms, Ansell's book throws the problems into sharper relief, with direct testimony. This different focus makes the book all the more extraordinary.

Ultimately, however, the book does not, and cannot cover every aspect of South African jazz's history, nor does Ansell suggest that it should. Rather, this book is at its most effective when it is used as a launching point for the reader into deeper exploration of the music. Ansell covers the history of musicians who remained in South Africa; she covers the stories of musicians who left South Africa; and she devotes a large portion of the book to the new generation of South African jazz. However, all of these categories of musicians deserve even deeper research and attention—this book can act for many people as the first step towards that.

Soweto Blues was a long time in the making. With luck, it will inspire more people to explore the incredible jazz that has come out of South Africa.

In the hands of a lesser record label, Sheer Sound's Soweto Blues companion CD could well have turned out to be a banal "Best Of designed to pander to American and European audiences in an attempt to gain extra sales. "Mannenberg, "Pata Pata, "Grazing in the Grass and the like would all make appearances (granted, they're great songs, but does anyone really need any further help in tracking them down?).

Instead, Sheer avoids this issue completely, opting to treat the CD as a more of a sampler of South African jazz that can serve as a starting point for exploring a broader reach of the music.

A quick scan of the track lists shows a selection of music that, while not terribly difficult to find, is certainly not prominent on the international radar. Artists like Hugh Masekela, Abdullah Ibrahim, Miriam Makeba, and Chris McGregor are entirely absent, replaced by artists such as Sankomota, Dedication Orchestra, Carlo Mombelli's Abstractions, and Pacific Express. Added to this good mix a set of nicely written liner notes (as well as good companion discussions in the book), and this makes for an excellent entrance into the music.

Granted, there are still some quibbles that some people might have. The CD does contain the classic jazz track "Scullery Department, but uses the new group Voice's recording instead of the original recorded by the Jazz Epistles supergroup. However, I'm quite comfortable with their move to introduce this newer group to the mainstream. Likewise, the inclusion of Winston Mankunku Ngozi's take on "Inhlupeko, instead of his own legendary "Yakhal' Inkomo, might annoy people, especially as the two songs are fairly similar, but there is certainly something to be said for showcasing some of his more recent playing. And obviously, some fans who are more familiar with the music will have their own personal "I would have included this track over that track issues, but that's unavoidable.

However, whatever quibbles one might have, nobody can accuse this compilation of favoring any given style of South African jazz. There are strong showings by Voice, Ngozi, Eric Nomvete, and Tete's Big Sound, all of which wear the influences of modern American jazz—from Monk to Coltrane to Ayler—on their sleeves. Likewise, modern-day experimental artists Carlo Mombelli and Zim Ngqawana are given strong showings; funkier outings like Pacific Express make an appearance; the innovative Zulu-flavored jazz of Sakhile is present; and the exiles Jonas Gwangwa and Louis Moholo are both represented.

Ultimately, the biggest complaint one might have with this album is that it is only one CD long. With nearly one hundred years of recorded history, Sheer Sound could have harvested a full boxed-set of material. However, the CD, like the book itself, is most successful when viewed as a launching pad into further exploration of this music. Most of the artists here have at least one album still commercially available (some, like McCoy Mrubata, have many), and one can just as easily find other artists similar to the ones presented on Soweto Blues. With luck, people will do just that.

Note: Soweto Blues is available online from One World.

Tracks: Meadowlands; Scullery Department; Pondo Blues; Inhlupeko (Melancholy); Madhouse; Black Heroes; She-Been; Sound of the People; Ubuhle Bako; Black Fire; Song for Winnie; You Ain't Gonna Know Me Cause You Think You Know Me; On the Other Side; Gobbliesation (In a Global Village); Romeo and Alek Will Never Rhyme.