Michael Blicher: Groove is in the Heart 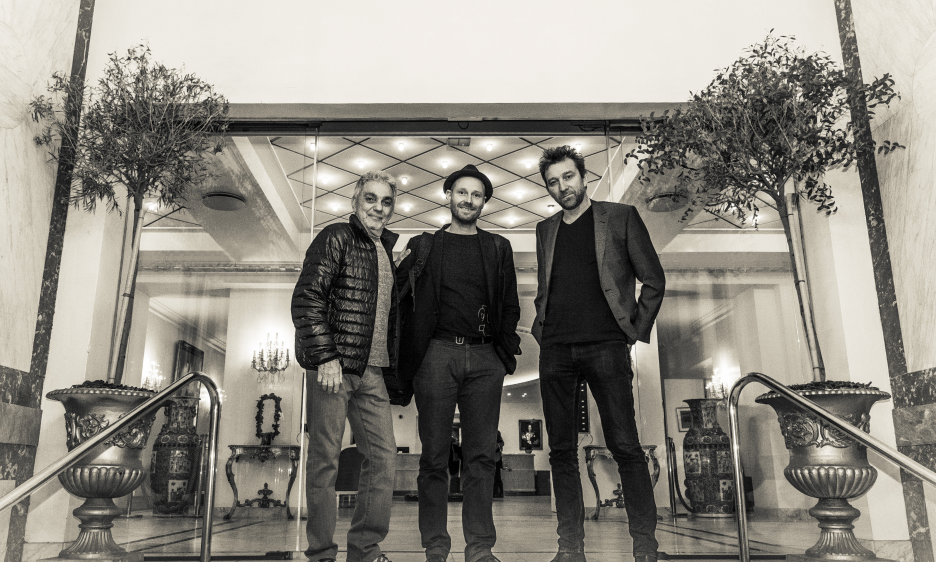 The way Gadd makes the song and all the other musicians around him sound so amazing is a huge inspiration. His gift for playing is so clear and musical that it communicates to so many people all over the world, and that’s an amazing gift.

Trading under the bold, equal-bill banner Blicher Hemmer Gadd, saxophonist Michael Blicher, organist Dan Hemmer and veteran session drummer Steve Gadd have been making music together now for over five years. During this time this extraordinary trio have just about managed to co-ordinate enough space in their individual work schedules to tour extensively, work up fresh material, and record two live albums together, all of which is no easy mission given both Blicher and Hemmer still reside in their native Denmark, and Gadd in the U.S.

The band formed after a chance encounter Blicher had with Gadd at a masterclass in Denmark in 2012, and the style the three have since refined is hung around a mutual love of strong groove, the music of New Orleans and all the classic organ groups led by the likes of Larry Young, Jimmy Smith, Ramsey Lewis and Jack McDuff. "I took some of my music along with me and Steve really liked it..." Blicher remembers of that first meeting. "I also gave him a CD that I had just released with my band, Astro Buddha Agogo, which also featured Dan on Hammond, and he loved that too. From there we started talking about possibly doing a Scandinavian tour together and our debut as a trio happened in 2014 when we toured Denmark, Sweden and Norway..."

Selecting tracks from sold-out shows recorded in Denmark, Germany, and London in 2017, the trio's latest disc, Omara, is a melodic, groovy and, at times, sassy set wet with warm, sludgy Hammond, mellow tenor and soprano sax and some slick stick and brush work from Gadd. Flipping among blues, swing, latin and funk feels, it's a record driven by dazzling interplay and represents the real vibe of the band in a live environment. "I love playing live in front of an audience" Blicher enthuses with a smile. "For me, it's where everything is taken to a higher level, and listening back to these shows we were all happy enough with the recordings that we didn't see any reason for going into the studio..." For a behind-the-scenes glimpse of how the band does work in the confines of a small studio space, a short fly-on-the-wall film produced by documentary-maker Anders Jepsen to promote Omara is worth checking out on the band's site. It captures the camaraderie and chemistry of the group as they perform on stage and work on arrangements for some upcoming shows. "We very much share a love for the same kind of music, and we all focus on the same values of listening and playing which makes it really easy to play together" Blicher says. "Our focus when we're in a room together is to make each song sound as great, and as hard-swinging, as possible. I remember Steve once said that one of the reasons the trio also works so well is that there are no egos in the band, and I totally agree with that. We are all bringing something unique and individual to the music. Dan comes from a blues and soul background, and has played behind all the biggest blues, rock and pop artists in Denmark for many years. He is also a master of orchestrating and arranges the music on his organ so that each song get its own unique sound and dynamic arrangement. And you could say the exact same thing about Steve. He is such an amazing producer and orchestrator and has a real talent for making a song sound unique."

As a distinctly lyrical writer and saxophonist, you could say Blicher brings out the soul of the band. He maintains that much of what he writes, or plays, can be traced back to New Orleans, especially within the laid-back grooves and the soulfulness of artists like singer Alvin Robinson and guitarist Snooks Eaglin. "I'm usually inspired to write with a specific drum-groove in mind" he explains. "I record sketches of the songs with me singing, playing the drum-groove or playing the piano or sax melody, and then I bring in a sketch or idea of the arrangement. From this we all work on the song. Sometimes we can end up playing almost what I had originally planned, and other times we work out completely different grooves or arrangements. There's even some songs that seem to keep changing during the whole tour because we'll experiment with both the tempo and feel to get the vibe perfect."

"For me, a lot of what I play also comes from listening to my dad's Ray Charles and Frank Sinatra albums growing up." he adds. "I must have heard "Hit the Road Jack" a thousand times as a kid, and on Ray's stuff there are great sax solos by David "Fathead" Newman whose playing I adore. Michael Brecker too, I think his intro on "Your Latest Trick" by Dire Straits was what first made me want to play the saxophone. I remember buying Brothers in Arms, that was my first cassette!"

Curiously, Blicher admits that these days inspiration comes more from singers and drummers than horn players and, alongside Cuban vocalist Omara Portuondo (who inspired the title track of the new album), quickly lists legendary sticks-men like Shannon Powell, Earl Palmer, Freddy Below, Bernard Purdie, Al Jackson Jr., Jim Keltner, Jay Bellerose and, of course, Gadd as huge musical motivators. "All these guys have their own unique way of playing a swing that's kind of between straight and swing, and many of my compositions have come from me playing along with a great drum groove from one of these guys. I have also been to Africa a few times touring with my band The Kuti Mangoes, and I was hugely inspired by the drumming from Mali, Burkina Faso, Morocco and Angola."

Indeed, whether it be touring or simply taking a trip, travelling too plays a huge role in Blicher's life and the music he makes. As both a band leader and credited composer for television and film, he finds stimulation in the fact that every country and city has its own exclusive vibe, and believes that embracing local or regional music, engaging with foreign musicians, and tasting new foods has opened his eyes to diversity and varying approaches to life and culture. One such experience that made a significant impact on his music was a trip to Bulgaria over ten years ago, an excursion he now describes as a "voyage of inspiration," and one that was instigated by an unplanned encounter with another legendary drummer.

"I met Brian Blade at a workshop in Denmark and he introduced me to a couple of albums featuring the Bulgarian Women's choir that I fell in love with straight away." the saxophonist recalls. "Years after this I went to visit a friend of mine who was studying Balkan-clarinet in Bulgaria and together we heard these amazing folkloric Goatskin-bagpipe players and some female vocalists that truly blew me away. Their playing is so emotional and soulful and held references to both original blues music from Mali and the old Son music from Cuba. Interestingly, that way of writing melodies and phrasing them has since inspired me to write tracks like 'Omara,' 'The Colour Red' and 'On the Porch' which feature on the new album."

While most of the tracks on Omara may have been borne out of Blicher's memories of Mali, affection for Bulgaria or fetish for New Orleans, he is quick to confess that cuts like "Korean BBQ" and "Three Grains of Salt" were very much written for Steve Gadd. "No other drummer can play those two grooves like he can." he insists. ..."and they sounded even better than I ever imagined when I heard him play those songs for the first time during our last tour."

When quizzed about his first-time hearing Gadd drive a delicious groove, Blicher believes he was around twelve years old and a friend of his introduced him to David Sanborn's Hideaway. "I listened to that a lot, but I'm not sure I noticed his name until I started studying the saxophone and a singer I was rehearsing with wanted to play (the Rickie Lee Jones track) "Chuck E´s in Love"! Then came albums like Paul Simon's Still Crazy After All These Years, Bonnie Raitt's Streetlights, and Joe Cocker's Stingray! The way he makes the song and all the other musicians around him sound so amazing is a huge inspiration. His gift for playing is so clear and musical that it communicates to so many people all over the world, and that's an amazing gift."

While beautifully understated across many of the album's tracks, it's clear from hearing the record or seeing the band play live, that Gadd brings a lot to the music, not just as a drummer but as a musician suggesting melodic ideas or making changes to an arrangement or melody. "Steve has an incredible feel and sense of what a song needs, and how a song should lay, and we talk a lot about this during rehearsals and on tour. Of course, they are my compositions and some sketches for songs are more final than others, so sometimes it can be very hard for me to make big changes in the melody or in the chords during rehearsals. Changing the groove, tempo or form is fine but I´m always open for trying all kinds of changes. Most of the musicians I work with come up with all kinds of ideas during rehearsal, some work and some don't, and I think this is a very important process in making both the band and the music sound unique..."