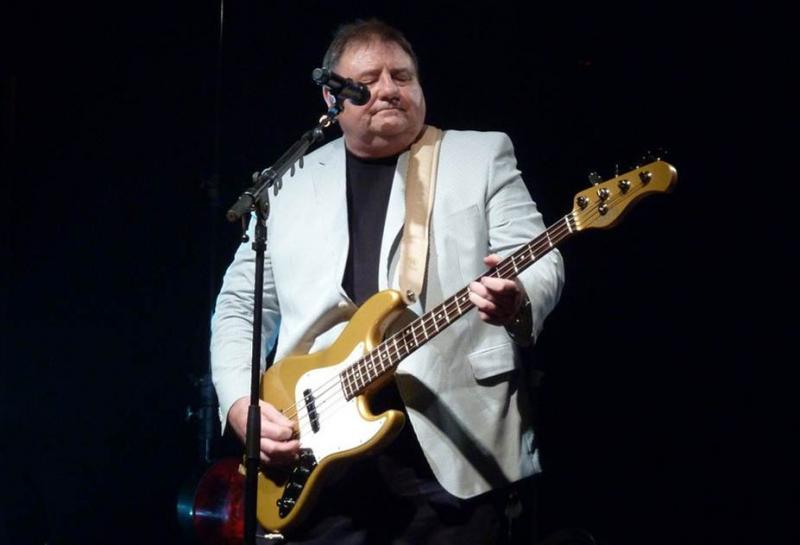 By MIKE PERCIACCANTE
May 13, 2012
Sign in to view read count
Greg Lake: The Songs of A Lifetime
NYCB Theatre at Westbury
Westbury, New York
April 22, 2012
Emerson, Lake & Palmer, King Crimson, Ringo Starr, Percy Sledge, Robert Fripp and The Who...what they all have in common is Greg Lake. Lake is the voice behind the original King Crimson (which he founded along with Fripp) and Emerson, Lake & Palmer. He has also recorded with The Who and has toured with Ringo and Sledge, among others.
On Sunday, April 22, 2012, Lake brought his personal "Storytellers/Questions & Answers Symposium" show, The Songs Of A Lifetime, to The NYCB Theater in Westbury, NY. When Lake began writing his autobiography he came up with the idea of the career-spanning interactive one-man show. On April 2, during the press conference announcing the tour at The Gibson Studio in New York City's Hit Factory, Lake recalled, "As I was moving along with my memoir, certain songs kept popping up which were pivotal to my career. The idea struck me to put them together in one show." He went on to say that his career has been "a 40-year journey...this was a chance to play these songs and tell some stories to the audience...plus it's an opportunity for them to tell me how they were connected to a certain track or album."
When the crowd arrived at The NYCB Theater in Westbury they were greeted by a sparse stage consisting of a number of black trunks with a simple "GREG LAKE LONDON" stenciled on them, a lone keyboard, two stools (one behind a center microphone and another on a riser on the left side of the stage) and a number of guitars (three different Gibson acoustics, a Fender bass and a Gretsch Chet Atkins hollowbody) strategically placed around the stage. Those who at first expected a complete band performance were initially surprised, but upon realization that the performance would be even more intimate, became more and more excited. As more and more fans streamed into their seats the excitement became electric.

The show began with Lake center stage, belting out a raucous version of "21st Century Schizoid Man" with a note-for-note perfect prerecorded backing track. After the segue to Emerson, Lake & Palmer's "Lend Your Love To Me Tonight," Lake made it quite clear that he would be playing songs from all aspects of his career. The songs he planned to play, he explained, "represent the journey we've shared over the past four decades." He then announced that he was about to play "a song you most certainly won't know." The song, he explained, was from his younger years and was originally recorded by Johnny Kid & The Pirates. He then launched into a stirring cover of "Shakin' All Over."

The set then continued with "From The Beginning," "Heartbreak Hotel," which he explained was his tribute to the king, two King Crimson songs—"The Court of The Crimson King" and "I Talk To The Wind"(which were introduced with an interesting story about his guitar teacher Don Strike, who also taught Fripp. He explained, "Whatever I knew Robert knew and whatever Robert knew I knew. It made it very easy to play together even though I was now playing bass."

Just before intermission, Lake told a story about working with Ringo Starr and how, after he was asked to join The All-Starr Band, he thought it might be wise to learn some Beatles songs "just in case they would be played on Ringo's tour. So I bought a Beatles Songbook and got to playing the songs. Soon I realized that I had been playing for hours and I was only half way through the book. There were 200 or so songs...and not just good songs—great songs." He went on to explain that when he asked Ringo how they could have had so many great songs, Ringo's response was that John and Paul were always writing; everyday they would come up with one or two more songs. Lake further explained that it is almost impossible to do Beatles songs justice and "rather than just doing any song from The Beatles catalogue and because you're all good singers—let's rehearse. Do you all know 'You've Got to Hide Your Love Away?'" After rehearsing the song's chorus with the audience, Lake then strummed and sang a beautiful version of the song. As the late notes of the song faded into the ether, the lights came up and intermission began.

As the 20-minute intermission came to a close, "Fanfare For The Common Man" could be heard signaling the crowd to scamper back to their seats. The first part of set two featured the high-energy "Touch And Go," "Trilogy" and "Still You Turn Me On." Lake then took questions. When asked about "Father Christmas," he solemnly explained that when he was a kid, "Christmas was about goodwill but as I got older it became about marketing." The ensuing version of the song was a sing-along between Lake and the audience. 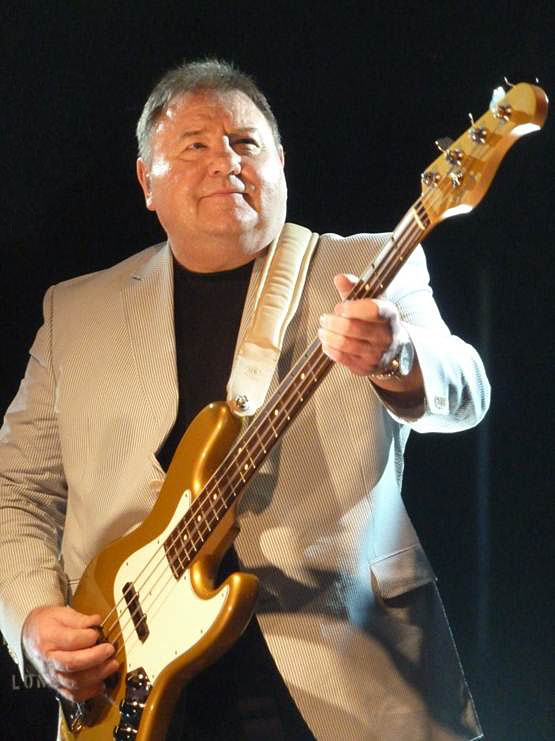 After a question about Emerson, Lake & Palmer's Trilogy album (Atlantic, 1972), Lake commented that, "The three best ELP albums, in my opinion, are Tarkus (Atlantic, 1971), Trilogy and Brain Salad Surgery (Manticore, 1973)." When a Russian-born member of the audience explained that the Trilogy album changed his life, Lake thanked him for his support and explained that he felt that, "If someone buys your record you owe them a live performance."

Following a few more questions, the concert resumed with a cover of Jimi Hendrix' "Axis: Bold As Love," which was preceded by a story about how ELP was formed. Lake explained that Keith Emerson and he wanted to form a keyboard/bass/drum band, and as such they approached drummer Mitch Mitchell, who had been the drummer for The Jimi Hendrix Experience. Lake explained that, "When rumors of the group started to circulate, Robert Stigwood, the manager of Cream, called and suggested Carl Palmer." They jammed and the rest was kismet. Of Hendrix, Lake explained that "Jimi was one of a kind" and that his music was brilliant. "I hope I can do it justice," he said before he played his homage to the guitar virtuoso.

"C'est La Vie," "Lucky Man," which "was written when I was 12-years-old" (and was recorded purely by accident with extra studio time), and a cover of Curtis Mayfield's "People Get Ready," on which Lake showed his keyboard prowess, rounded out the set. At the end, the ecstatic crowd stood and gave a very enthusiastic ovation. Lake thanked the audience and disappeared behind the curtain and into the darkness.

"Welcome back my friends to the show that never ends

We're so glad you could attend

There behind a glass is a real blade of grass

Be careful as you pass