By DOUG COLLETTE
December 25, 2009
Sign in to view read count 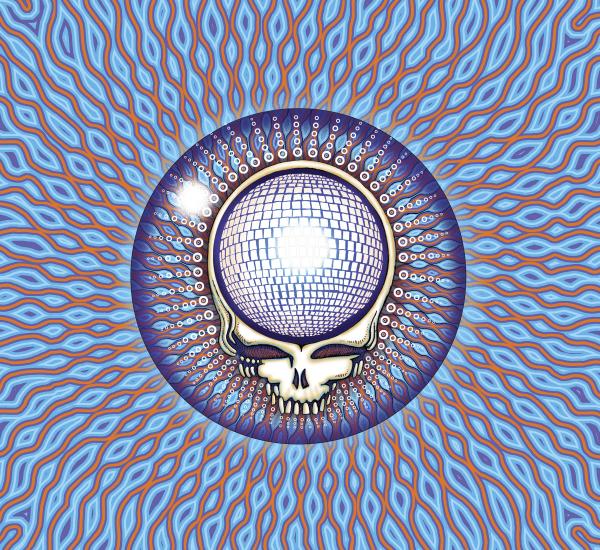 There's an uncommon clarity to every aspect of Winterland June 1977: The Complete Recordings. David Fricke's essay captures the essence of the activities, even if he overreaches a bit in his description of the sensation. The photos in the booklet and cigar box graphics are of a band in good health and high spirits (no gray hair in an array of hirsute visages). And movement aplenty arises within the group on stage, as the Dead are caught up in spirit of community with the audience in their hometown, San Francisco. Above all, there is the pristine sound of the music itself, mastered in HDCD by Jeffrey Norman.

The technical aspects of the recording reveal the poise and confidence of a band sure of itself individually and collectively, playing mostly original material of an extremely high order. The septet lingers on intros such as the opening "Bertha " (6/7/77) and even more so Keith Godchaux' piano segment "Sugaree" (6/8/77) as if savoring what's to come as this three night summer run unfolds. For a band to know they don't have to hit the road after the show can make a significant difference to how deeply they allow themselves to relax into the physical and psychic space, as well as into music they're playing. With the shows taking place in a familiar venue in the Grateful Dead's home town, there's probably no way the group could feel more inclined to dig in.

Extended improvisations were the Dead's stock-in-trade in various forms throughout their career and this 9CD (plus single bonus disc) package emphasizes the theme of the group as a dance band. The jams appear in places as likely as "The Other One" (6/8/77) and as unlikely as "Uncle John's Band," a cull from the ever so economical studio album Workingman's Dead (Warner Bros., 1970) that clocks in at 11:55 (6/7/77) . Roughly a year after a self-imposed hiatus, the Grateful Dead loved to play pure and simple, and any tune was fair game, original or not.

So there are the segues that twist and turn in equally unpredictable ways over the course of six sets plus. The vivid short story that is "Wharf Rat" connects to Buddy Holly's "Not Fade Away," demonstrating what a healthy level of self-respect the Grateful Dead afforded themselves at this time. Yet this collective self-awareness did not come at the expense of a healthy inclination to self-challenge, which prevented the band from taking itself too seriously or worse, fossilizing.

Consequently, the group touches virtually every phase of their career to date, including some of their earliest material, like "St. Stephen," which appears in close proximity to tunes of more contemporary vintage, like "Mississippi Half-Step Uptown Toodleloo." The former number from the Dead's 1968-1969 era is actually juxtaposed with the epic "Terrapin Station" that would not see official release via the Arista label for close to two months after these shows.

Given this confident and comfortable mindset, there are few repeats over the 68 tracks. There's not quite the discernible flow here as on the nine Winterland CDs from 1973, but that's because four years later the level of playing is uniformly higher throughout, with the Dead pushing themselves more with successive uninterrupted sequences toward the end of June 8th and 9th. A bonus disc, included, theoretically, for a limited time on orders directly from dead.net, would seem at a glance to be a microcosm of the box as a whole, given the track listing. But, ultimately, that's a lesson in how deceptive mere lists of titles can be. The appearance of "The Other One" and "Good Lovin'" cannot prepare the listener for the heartrending performance of "Comes A Time:" arguably one of Hunter/Garcia's greatest ballads; the latter's vulnerable vocal is no less arresting than his precise poignant guitar solo.

Less waxing and waning of dynamics during this collection does nothing to camouflage artfully enacted changes of pace. For instance, on June 8th, the soft gentle drop from the upbeat portion to near-silence of "Mississipi Half-Step Uptown Toodleloo" is admirable enough as the contrast is built into the tune. More notable still is the halting but jaunty "Around and Around" that follows a deeply elegiac "Morning Dew," where the band accelerates to a faster pace without apparent hesitation, riding low then loud with the expertise that derives as much from mutual trust as practice. As titular leader of the Grateful Dead, vocalist/guitarist Jerry Garcia set the tone for the group and, on the final night of the run, he graces rhythm guitarist/vocalist Bob Weir's signature composition "Cassidy" with stately lines that complete the intimations of John Barlow's lyrics. Then there's the uncommon frenzy he displays during the same evening's "Deal," as uncommon in its own way as hearing the band play with an alternate approach to "Bertha"—a more emphatic rocking interpretation—in the middle of the run on June 8th. The Grateful Dead always, or almost always, evinced a palpable courage in their concerts and this collection is a comprehensive testament to that bravery.

In a design template carried over from the 1973 Winterland box set, the new item's detailed artwork carries through to the graphics inside digi-paks. There's also memorabilia in the form of a stylish button as well as a reproduction of a postcard sent to early subscribers to the Dead's mailing list. All this is enclosed in a seemingly sturdy mini-cigar box. It's a tribute to the modesty of the producer, David Lemieux, comparable to that of the self-effacing attitude of the band itself, that allows these archival packages to speak for themselves, not just as a means of making a case for the extent to which the contemporary jamband scene continues to be influenced by the work of the Grateful Dead, but for how fundamentally profound is the group's influence over contemporary rock in general.