By CELESTE SUNDERLAND
August 13, 2002
Sign in to view read count 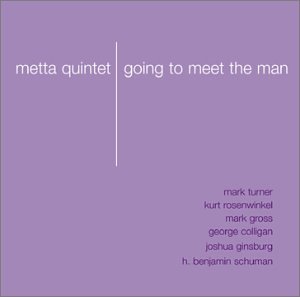 Drummer H. Benjamin Schuman is the founder and director of JazzReach, a Brooklyn based not-for-profit organization that takes its educational jazz programs on the road to expose students to the often hidden away piece of American culture known as "jazz."

"Jazz has the ability to enrich and elevate them in ways that a lot of pop music doesn't," Schuman explains. "The music is a really vital, exciting art form and it isn't a part of the standard classroom curriculum, and it's not promoted in mainstream media." He, therefore, has taken it upon himself to make sure that young people were learning about the music and history of jazz.

After selling an inherited Steinway piano to raise money, Schuman started JazzReach in 1994, and began creating unique and informative programs geared towards students from elementary to high school. A few years ago, the writing of James Baldwin so moved and inspired him that he commissioned pieces from his musician pals that would represent stories from Baldwin's Going to Meet the Man. "I was so taken by his writing, the level of _expression, the sense of urgency he seemed to have," explained Schuman. "It reminded me of music. The feeling of 'I have to get this out. My life depends on it.'" The result is an album of the same name, recorded by the organization's resident group, the Metta Quintet.

In addition to Larry Golding's title track, the disc combines the playing and compositions from four of New York's premier young musicians: guitarist Kurt Rosenwinkel, saxophonist Mark Turner, pianists Brad Mehldau and George Colligan. Each track captures Baldwin's literary tone with harmonies that change from minor to major keys and fluctuating tempos and motifs that represent individual characters. Each piece tells a tale of human suffering, relationship strife and woebegone ways. But jubilance, curiosity, growth and development prevail. An influx of letters from students, teachers and administrators assures Schuman that he's getting somewhere. "When they love it, when they get it, it's incredible," Schuman admits. "When we leave the stage feeling like they've gotten it, I really feel like we've accomplished our mission."