Going Solo: One is NOT the Loneliest Number

By MARK CORROTO
January 28, 2011
Sign in to view read count
With the advent of new and affordable recording technologies capable of delivering exceptionally high quality sound, the market for idiosyncratic solo recordings is flourishing—in an era when so many are lamenting the death of jazz. Released mostly on small labels or as self-produced projects, the recordings are reminiscent of the cassette culture from the DIY 1980s and 1990s. These gems, produced by creative music's best and brightest, are popping up everywhere, or at least in the places adventurous listeners are treading. Below are brief reviews of several 2010/early 2011 offerings. 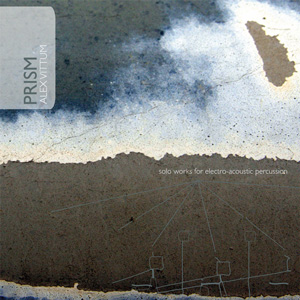 San Francisco Bay area percussionist and composer Alex Vittum presents an intimate solo percussion recording; it's performed within a software environment he also wrote for his drumkit. The eight selections were produced (amazingly enough) without overdubbing and feature a diversified palate of sound and textures. Vittum is part musician, part engineer/producer, and part instrument builder and designer, a sort of 21st century combination of Harry Partch and Raymod Scott. He is also a member of the duo Tide Tables with Paul Kikuchi, Powerdove and Unbalanced Chain.

The music generated here is notably introspective and attentive to detail. Vittum opens with the mostly ambient "Interval," that rumbles the subwoofer as if the real deal here might actually be happening beyond the audible range of the human ear. As Vittum adds the human touch of sticks and bells the dream-state ends. Such is the case often here. With no visual data, the mind settles into the hush and authority of the electronic waves and percussive blows. Even simple chimes on a track like "Amici Pulse" call for new ears as the celestial sounds act a meditation transportation device. Even his six minute drum roll on "56 Dreams" is somewhat disparate with a subtext of earthquake and rumble. 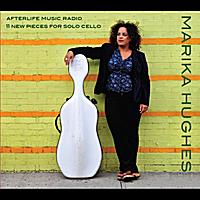 Cellist Marika Hughes makes a joyful noise at the intersection of classical, jazz and experimental avenues on her solo outing. The Juilliard trained musician is comfortable in multiple settings from the chamber ensembles 2 Foot Yard and Quartet San Francisco, to Tin Hat Trio, Mr. Bungle, Ani DiFranco, Beth Custer, Lou Reed and Yo Yo Ma. On Afterlife Music Radio: 11 Pieces For Solo Cello she displays a wide and varying approach that captivates throughout. Each piece heard here is was written by a Hughes admirer for this release. Both Charlie Burnham's "Bright Green Goddess On A Reddish-Brown Throne" and Carla Kihlstedt's "Soliloquy" compositions reflect a quasi-classical feel that allows Hughes to display her traditional chops. In her hands the sound melts with the warm tones and disciplined approach. Jenny Scheinman's overdubbed "Ba Da Bum" is a folkish piece of Americana and Trevor Dunn's "Singulus" is a galloping and thunderous bowed two and a half minutes. Same for Raz Mesinai's noisy "Bring The Nasty" which coaxes ocean liner and subway sounds of scraping metals from the cello; Hughes is a master of the beautiful ugly on occasion. Then she can also bring you to your knees with the lovely overdubbing of bowed and plucked notes on "Change," written by Abraham Burton. Her varied arsenal of sound, textures and approach is on display here, as is her voice heard on the uncredited "12th" track where she croons an infectious blues as an encore.

This short (17 minute) EP is a sort of coming out party for guitarist Terrence McManus. Released as 2010 was ending, it advertises that this upcoming year might just be his. The New York based musician can be heard in Gerry Hemingway's Quintet, Kermit Driscoll's Trio, and the Herb Robertson Ensemble. Hemingway's label will be releasing a duo with the drummer/percussionist called Below The Streets (Auricle Records, 2011). Each of these five brief tracks are sketches of ideas and platforms for McManus' improvisations and extended techniques. Technique, as they say, on loan from God. Well, maybe Keith Rowe and Derek Bailey too. He can present simple ringing tones (as on "Double River") that shimmer and sooth, sounding not unlike a harp, or crush and cripple strings (as on "SOL") with the best of the noisy avant- gardists. His talents are not as a chameleon of style as much as an assembler or collector of sounds. He plays with a bit of ambient noise here, plus minimalist improvisation. McManus doesn't shriek notes as much as he tends to hold back, ladling sound and a bit of feedback, all for your consideration. 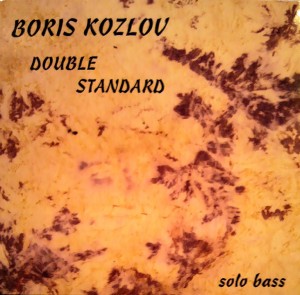 Those who consider a bassist to be merely a timekeeper, probably haven't listened to solo recordings by bassists such as Joëlle Léandre, Mark Dresser, Charlie Haden or Dave Holland. Such artists can turn their huge fiddles into mini-orchestras. Add to that list, the Russian-born bassist Boris Kozlov . The 40-something Koslov can be heard in over 100 recordings led by other artists. Here he records a solo session, sticking to mostly recognizable music, plus two original compositions. The first impressions here are of Kozlov's euphonious and lyrical sound. He can urge the gentlest notes out of his bass while maintaining the melody. He covers Miles Davis' "Solar" with all the free-flight the trumpeter intended, the urgency of Joe Henderson's "Inner Urge," and the grace of Billy Strayhorn's "Isfahan." The remarkable second insight here is grasping the physicality of his playing. With the beautifully recorded session his breaths are heard and the strings, as they are pulled, plucked and bowed, are sensed. Except for his rendition of Charles Mingus' "Self Portrait In Three Colors" all the tracks are without accompaniment. On the Mingus classic, he overdubs several basses matching the plucked with bowing low and high notes on what was Mingus' 1927 Roth bass. And that is very cool. 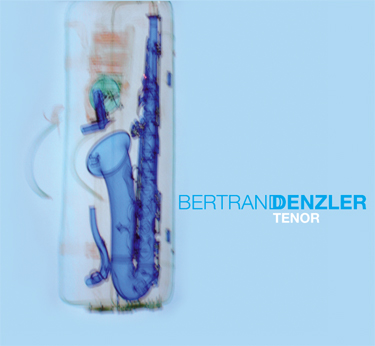 Saxophonist Bertrand Denzler's experiments with sound have been well documented. His 30+ releases exhibit an array of playing. Currently, he is working with Phil Durrant and Burkhard Beins in Trio Sowari and with Frédéric Blondy, Bertrand Denzler, Jean- Luc Guionnet, Jean-Sébastien Mariage and Edward Perraud in another improvising band called Hubbub, one that can also get noisy. On Tenor he goes at it alone working with just a single note and each chosen note he repeats and restates in multiple alterations, thicknesses and pulses with his tenor saxophone. The three tracks are an exercise in both discipline and imagination.

None of the music presented here has the addition of studio effects or overdubs; these amazing sounds are from one player, sitting in front of a microphone. "Filters" begins with the simple repitition of a note, but soon Denzler begins to add some extended technique, overblowing, altered fingering, breath and multi-phonics that open that single note from a meditation to a realization. "Signals" begins even further down the line, with the chosen note overblown and reoccurring in pulses and waves. Finally, Denzler makes his saxophone in an "Airtube," blowing notes through different parts of his saxophone to get differing takes on that single note. 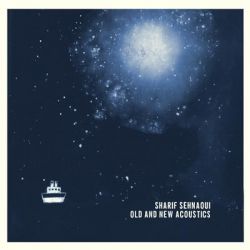 Guitartist Sharif Sehnaoui is one of the primary movers and shakers on the fledgling Beirut improvised scene. Together with Mazen Kerbaj, Raed Yassin and Charbel Haber, he keeps the flame of creative music burning. To his credit, his music has made no compromise, meaning it can be tough going and unrepentant.

On Old And New Acoustics he presents two tracks. One lengthy, "To Boldly Go Where No Man Has Gone Before" (at 33:55), and the shortish "Trane" (7:30). Here he goes solo with no effects or overdubs. Just Sehnaoui and his guitar (was it prepared?) play as if it were a percussive instrument and sometimes a harp. He cascades notes both with tapping strings, plucking and rubbing his instrument. All of which subverts the traditional guitar format to create a frenetic assembly of tones and chimes. Sehnaoui runs through a series of musical cells that exploit tension and release. He deftly maneuvers the pieces from high energy to oddly tuned revelations of sound. All to great effect.

Tracks: To Boldly Go Where No Man Has Gone Before; Trane.