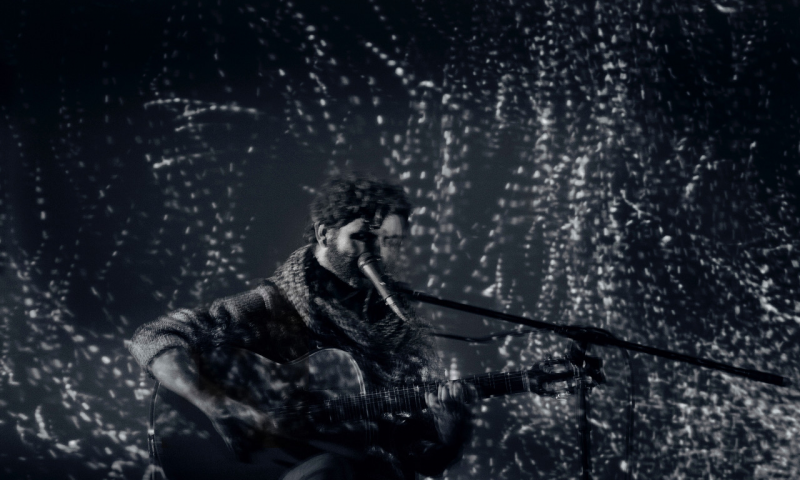 By MICK RAUBENHEIMER
February 5, 2018
Sign in to view read count

An auteur of audible liminal zones and unexpected sonic flights Lotz creates new possibilities of music, conducting the strange and otherworldly with a deft precision.

Givan Lotz is mysterioso. During the course of eight years as a recording and performing artist he has evaded any kind of viable categorization, each new release effortlessly slips free of perceived prior apprehensions. His most recent release, YaW, is the sonic sibling of 2016's MAW, both released through Miami's Other Electricities label.

When I first encountered Lotz' music, I was transfixed. Touring with the South African collective Jaunted Haunts press, he performed mesmerizing, cyclical pieces for acoustic guitar and voice. The songs, pitched at a deliberately slow, ponderous rhythm, seemed to weave the audience into a kind of focused reverie. By the time his opening track, a kind of pre-psychedelic lullabye, Soon, (Easy Now, 2010) had consummately unveiled itself, I looked down to see that my cigarette had burned all the way down, uninterrupted. Blinking my eyes back into reality, I sensed that here was an artist I was destined to follow very closely. Never before, outside of a tiny handful of very intense Jazz gigs, had I been swept into another zone quite in this way—what made it all the more striking was the sheer minimalism of elements involved, just acoustic guitar and voice.

Fast forward four years and 2013 four album release SNARL was less of a watershed than a sprawling declaration of NEW. As if his debut was just a single brush-stroke, SNARL exploded the canvas, revealing hitherto unimagined sonic realms. An elegantly bombastic smorgasbord, SNARL traipsed from electronic swathes and roar to orchestral murmurs, medieval touches to electric slash and burn, with deft touches of acoustic song writing breaking through the nebular cloudscapes. The new canvas was a multiplex structure, heading into various dimensions, seen and unseen. A declaration of intention and intensity it warned the dear listener that no set genre could encase Lotz' sonic adventurism.

Miami's Other Electricities label took note, and signed Lotz, commissioning his first release to be a pared down version of SNARL. Lotz recalls: "Other Electricities is an experimental music label based in Miami. It represents artists in diverse genres, from sludge metal to ambient electronica, to deep techno and field recordings. João Orecchia, whose band Motel Mari are on Other Electricities, has been a friend of mine for some time now. We have a mutual respect for each other's work. He enjoyed the new music I was sharing with him at the time of the SNARL series and decided to send it to Other Electricities. They liked it, and after some discussion we decided to release the redux version of SNARL as SNARLING in December 2013."

2016's MAW is a strikingly enigmatic concept album set in a hazy human realm that exists post science, post reason. Its characters wander its somnambulant scapes, stuck between comprehensibility, loss and desire—all is in misted flux. A thread that runs through Lotz' musical output is an open-ended search for the elusiveness which is human meaning; for Lotz value is posited in the journey itself, as it bobs and weaves from one possible destination to another. Sonically the album is rich in texture—blurred organs, traditional classical instruments, mystery percussion, gloomy and rowdy electric guitars, medieval and sprightly coils of acoustic. The explosion of sounds rendered in SNARL are here focused and tempered to become the landscapes and atmospheres of MAW's obscure episodes.

Recently launched sister album YaW [2017] exists in tandem to MAW, both intrinsic to its imagined world and unleashed from its specific sound structures. The collapse of meaning and distinction that (mis)informs the humanoid characters of MAW are here communicated through a non-verbal medium, or more specifically, through 24 aphoristic vignettes. Where the collapsed metaphoric structures in MAW's world are represented by such essentially human constructs and characteristics as science, reason and certainty, in YaW the stylistic structurality of genre and style itself is investigated by being pulled apart and reattached at weird angles, dipped in strange chemicals, set alight, massaged into weird new focus. It is the operation of an alchemist seeking unexpected, previously hid equations. A seemingly amicable melody might suddenly rupture into staggered fragments while a Classical-inspired piece becomes intoxicated with itself, meters may suddenly become gelatinous then sped up and tempers may inexplicably flare—musicality itself is being inspected and measured in the spiritual laboratory of YaW.

Lotz' previous releases were very much song-oriented, with instrumental music used predominantly for purposes of emotive hints and atmosphere, on YaW Lotz' playing, which is all executed on a specially tempered classical guitar, steps into the floodlights. By no means an aspirant virtuoso, Lotz' playing is nevertheless startling in its ability to navigate the bizarre and unexpected flights of fancy of his mind. There is a deep awareness of the Blues, European Classical music, 20th century minimalism, experimental electronica and a literal array of other musical forms that makes the seemingly casual and innocent experimentation celebrated throughout the album possible.

"Music, for me, offers a potential transport, a ritual induction, an escape from the mundane. It is no accident that Rites of Passage are accompanied by some sort of song and dance. The music's potency assists the aim of transition in these rituals, the crossing of a threshold. When I make and perform music I want to enter into a sublime state, it's therapeautic, it's catharsis. Hopefully some listeners will follow me there but it's not essential to me reaching my private, internal goal."

An auteur of audible liminal zones and unexpected sonic flights Lotz creates new possibilities of music, conducting the strange and otherworldly with a deft precision. 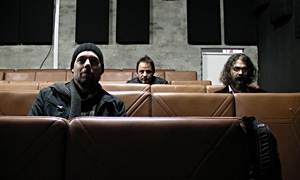