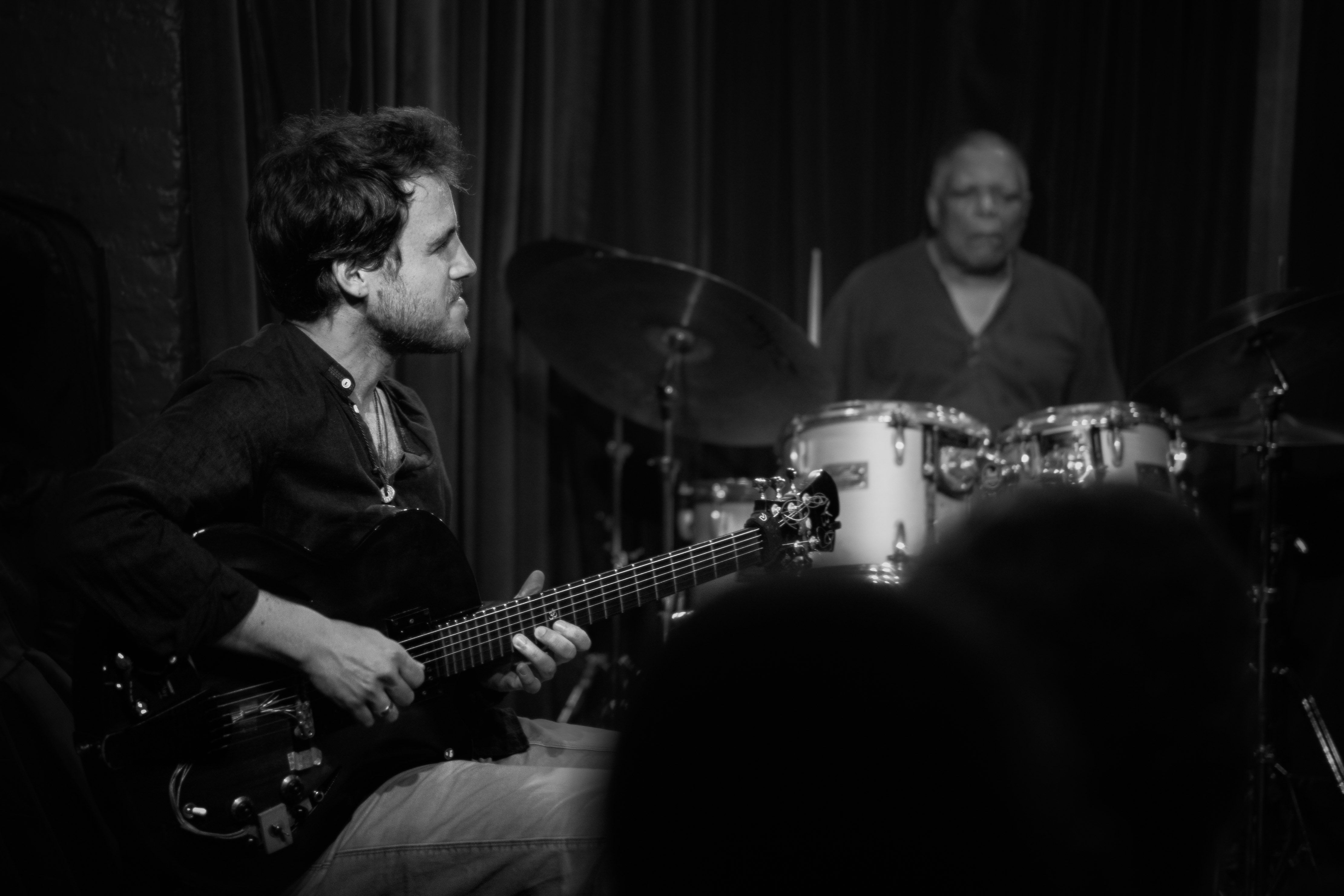 As part of a week-long residency at Greenwich Village's Cornelia Street Café, guitarist Gilad Hekselman convened something of a dream band for his Thursday night performance when he shared the stage with bassist Ben Williams and drummer Billy Hart. Although Hekselman had played with them separately in other contexts, this was the first time they'd done so as a trio, and the results were extraordinary.

All three musicians possess enough strengths to fill Cornelia's narrow basement on their own terms. Hekselman's resonant intonations, at once floating and rooted, pay reverence to melody, structure, and phrasing. Williams, as a deeply rhythmic improviser, lends tactile strength to everything he touches. Hart, for his part, confirms his legendary status wherever he plays, drawing out decades of experience from the simplest hit of the kit. Impressive about this combination was its equilateral distribution of expression, particularly evident in "Body and Soul" and "Georgia On My Mind." The first was a patient, fair-weather welcoming, while the last spun a bluesy drift of tender quality. The restraint displayed throughout, along with the occasional groove, made sure that listeners felt engaged at all moments.

Such maturity is refreshing in so young a jazz guitarist, and boded well for a dynamic "Take the Coltrane," which felt like a prime lesson in geometry sandwiched between algebraic proofs. Wayne Shorter's "Infant Eyes" was memorable for Hart's interdisciplinary flourishes, and for the tenderness singing through both sets of strings around him. In Thelonious Monk's "Let's Cool One," the trio ramped up the optimism. Behind Hekselman's chromatic brilliance, Hart's drumming was sunshine incarnate, while Williams fed off the audience's palpable appreciation in his soloing. All the while, the unassuming bandleader smiled his way through characteristic swells of nostalgia—some of which cut like a blade, others of which salved the wounds left in their wake—so that one came away with nothing but warmth ringing in the ears.